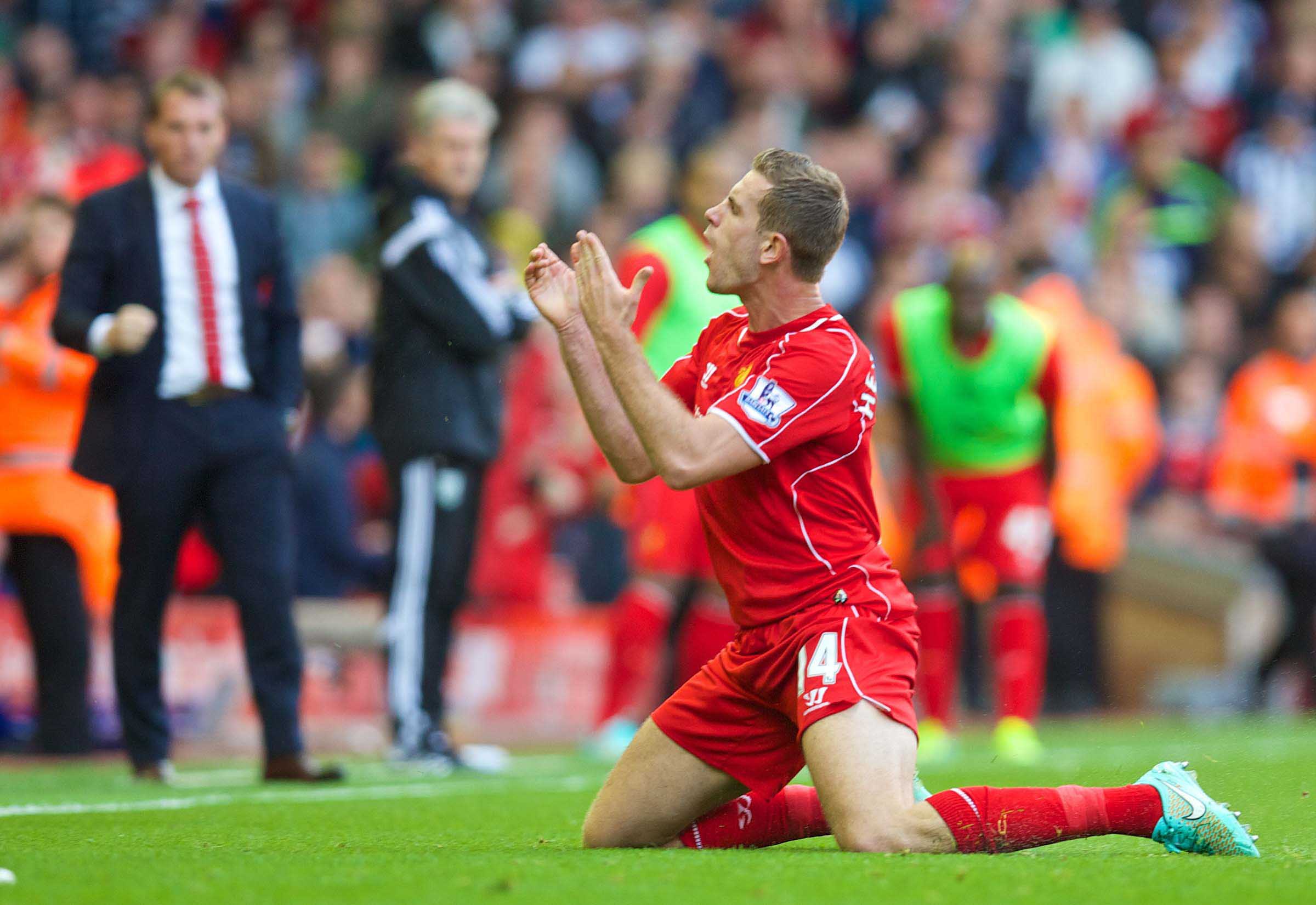 NOT very good that is it? Someone hands that to you at the beginning of August you’re inclined to think, “Oh, aye? What’s going on here then?”

I rarely enjoy international breaks, the monotonous drone of jingoistic mainstream press and the vacuum of current affairs it leaves behind. This time was different. Maybe the new “week of football” initiative has helped, there’s football to look forward to every day for a six-day period, and the intensified competition for places at the 24-team EURO 2016 has resulted in upsets and fierce battles between previous also-rans.

But enough of that side-show. The escapism from Premier League football and Liverpool’s scratchy form within it has been very welcome. The post-match fall-outs towards the back-end of the recent four-week window between international breaks became almost as ugly as the 90 minute performances that oft preceded it.

A fortnight off, an opportunity to take a step back and look at the events of September 2014 from a fresh angle. Is it fair that a team attempting to integrate eight new signings into such a uniquely dynamic attacking side, whilst established players within that structure struggle to recapture their form and look lost without the presence of the two totemic figures of the past season, cop so much flack? That’s without taking into account one of those new signings being tasked with transforming an already leaky defence and a goalkeeper who appears to be in irreversible decline, not helped by ill-fated attempts to remodel his game.

That is the unforgiving nature of the business though; the win against West Brom a fortnight ago was absolutely crucial in keeping the circling vultures from gnawing at the carcass of last season.

It all seems a bit premature. It’s very easy to forget that it is only October when you are analysing a side’s shortcomings or strengths in October; barely two months into a nine-month season, the landscape often changes so radically as the campaign progresses. Impressions formed in the first six weeks of the season, before and after the first international break, find themselves confirmed or confounded in the weeks leading up to Christmas.

A gaze into history can often prove how misleading early-season form can be. In this instance it would be most instructive to look back at the first seven league games of previous Champions League seasons, starting appropriately with the 2001-2 campaign, and Liverpool’s debut in that re-jigged, bastardised version of the old European Cup.

A return of 10 points from the opening seven is par-for-the-course if we are to compare Brendan Rodgers’ side to the early Rafa Benitez days. Perhaps it’s the stuttering starts to 2005-6 and 2006-7 that would most distinctly resonate with this current Liverpool side.

Benitez was busy in those summer windows. Four ready-made first-team players arrived in 2005, Bolo Zenden, Pepe Reina, Momo Sissoko and Peter Crouch, and it was the latter three who had a dramatic effect on the playing style of the side. Crouch was signed as an attacking reference point, a hold-up man who could allow the side to shift the play forward and quickly. Sissoko was there to win the second balls, to make the lives of the side’s two main architects, Xabi Alonso and Steven Gerrard, that bit easier. Pepe Reina was the sweeper-keeper extraordinaire who allowed the defence to keep a high line and not invite unwanted pressure. 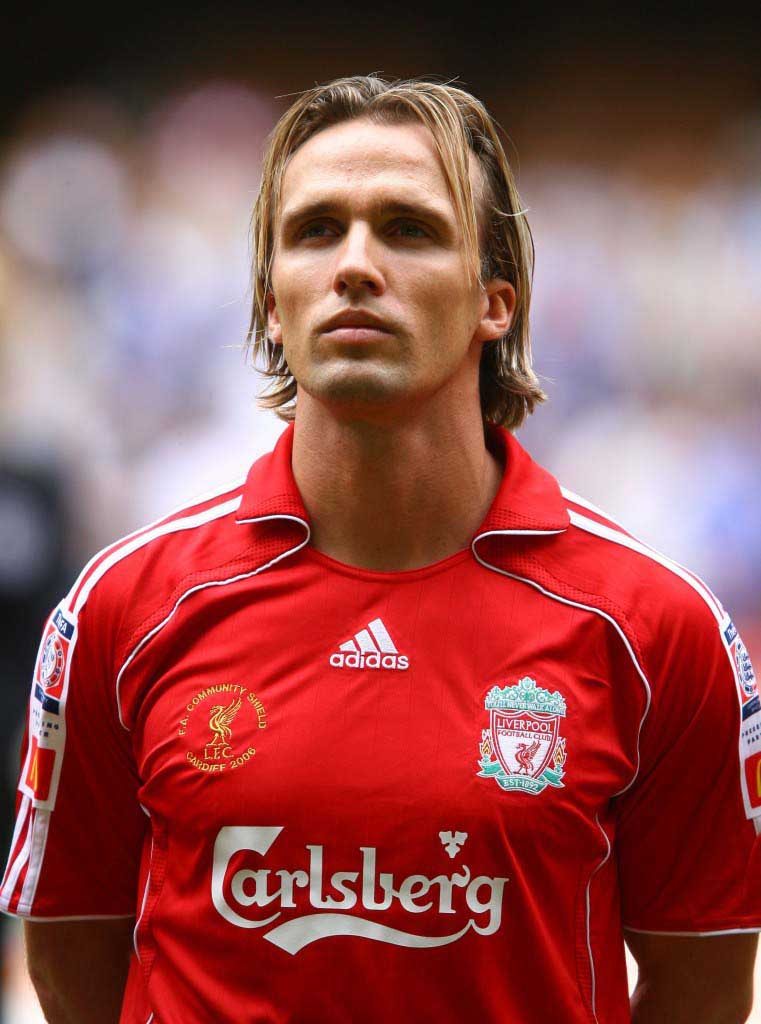 THERE AREN’T ENOUGH PICTURES OF BOLO ZENDEN ON THIS WEBSITE. LOOK AT HIM.

The introduction of new players with such defined roles was always going to take time to bear fruit and early-season frustrations were inevitable after a truncated start to the campaign took the club through six Champions League qualifiers in July and August. The integration of these new signings, alongside a struggling Fernando Morientes, contributed to a total of five league goals in those first seven games, which also saw three 0-0 stalemates and only two victories.

It was an odd season which saw the Reds win 10 in a row between October and January, and the last nine from March to May, but only six of the other 19 games. The 82 point return that the season yielded was a Premier League record for the club at the time, the early-season frustrations forgotten.

The summer that followed brought another shift in direction, but not necessarily the one the club needed. Craig Bellamy, Jermaine Pennant, Fabio Aurelio and Dirk Kuyt slotted into a squad that reached the peak of Rafa’s rotation policy that year. The start to the season brought convincing wins and defeats in equal measure; a horror show at Goodison Park, a demolition of Tottenham at Anfield.

That season it took Liverpool until December to record an away win, which was symptomatic of their failure to kick-on from an encouraging points haul the previous year. A sequence of nine wins out of 10 in December and January propelled them to a third place finish, but to finish with 68 points was disappointing, and a total that would in no way result in a Champions League place in 2015.

Indifferent starts to the season are hard to read. They’re not always the harbinger of a coming apocalypse, just as strong starts are no guarantors of strong finishes. Liverpool’s record the season after finishing second is a case in point. Those campaigns, 2002-3 and 2009-10 were constantly cited over the summer as a warning for a Liverpool team looking to go again after coming so close.

But both those seasons began positively, before diving off a cliff. In 2009 Liverpool lost two of the first three before winning four on the bounce; with seven games gone they sat third, yet that was as good as it got. After an emphatic 2-0 defeat at Stamford Bridge in early October there were only three more victories before Christmas.

While the bounce in 2009-10 may have been short-lived and abrupt, 2002-3 was Liverpool’s best start to a Premier League season. Nine wins from the first 12 were followed by an eleven game winless run, and ultimately defeat in the Stamford Bridge showdown for Champions League qualification in May.

As for 2014, the early signs are that October should be an improvement on September. The return of Daniel Sturridge is the most prominent sign; if Phil Coutinho is the “brains” of this Liverpool side, then Sturridge is surely its heart. Joe Allen and Emre Can have been missed in equal measure, while Adam Lallana’s gradual improvement will see him kick-on again this month and take some of the heat away from an evidently raw Lazar Markovic.

September piled an injury crisis upon a set of tricky fixtures; a side with a recent history of troubling Liverpool at Anfield, a trip to Upton Park where victory always seems just as likely as defeat, and a Merseyside derby.

But for now a set of winnable fixtures present themselves – QPR, Hull, Newcastle – before the showdown with Chelsea at Anfield next month, ahead of yet another international break. I just hope I don’t enjoy that one nearly as much as I enjoyed this one.