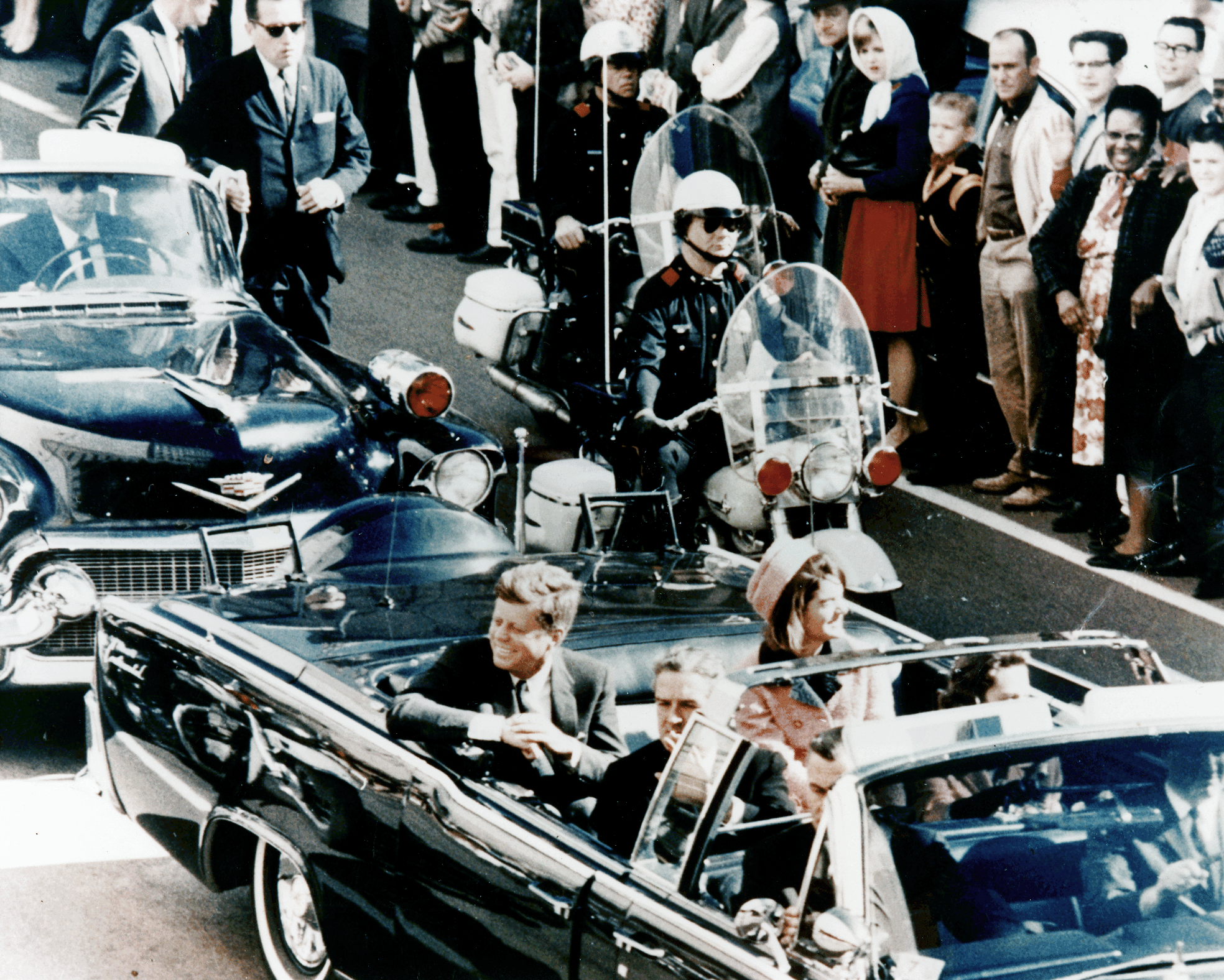 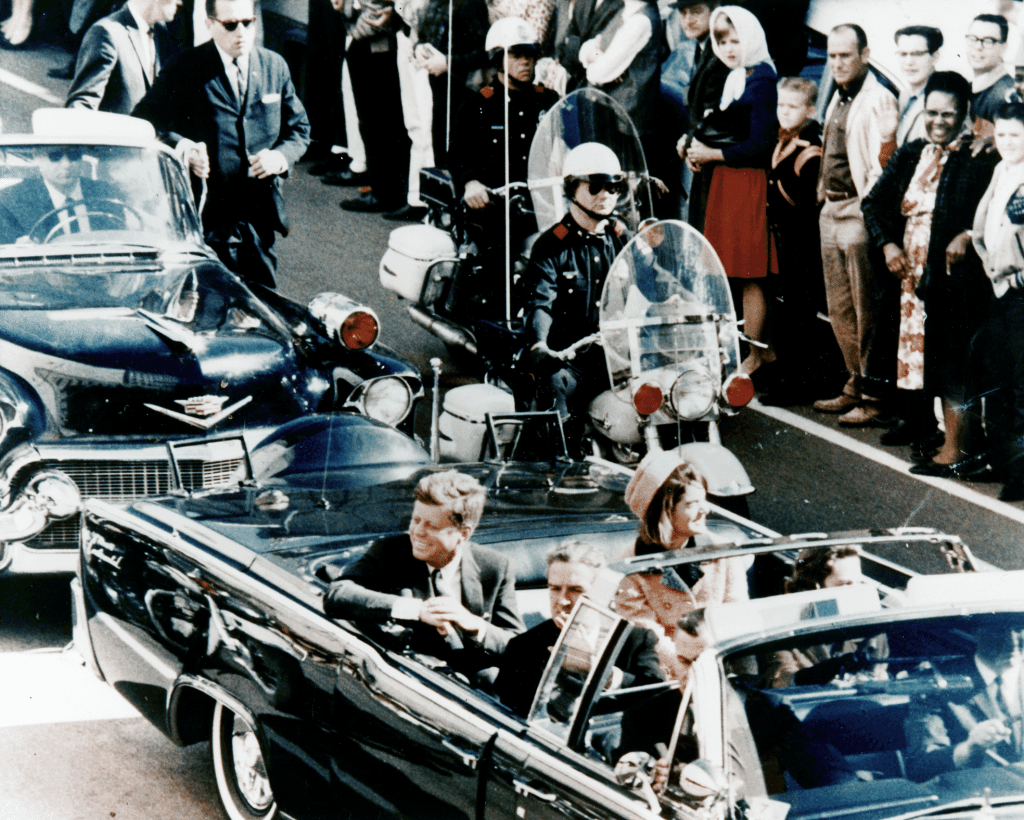 “We don’t stand a chance without Suarez. You wait. You mark my words.Next season’s going to be a disaster”

My name is Martin, I’m 43 years old and I’m a JFK assassination researcher.

Don’t go away, just yet.

It all started many years ago, in a school, in a classroom.

A history lesson. I think I was about 14.

Up until then history had been a series of facts and events that had been presented to us without ambiguity. The Battle of Hastings, World War 2, that lady that jumped under the horse in the Derby, the Great Fire of London, Henry VIII and his many wives. Learn the wives, learn the order, learn which ones died, learn how they died.

JFK had been shot in Dallas and killed. That much the teacher knew.

Lee Harvey Oswald, the man arrested for the crime, had also been shot in Dallas and killed. That much the teacher also knew.

But that was it. The man who knew too much suddenly didn’t know much else.

He went through the basics of the competing theories, the multitude of ambiguity and then turned it over to us. “You decide what happened”, he said.

Hello, I thought. This is different

Cubans, Russians, The Mob, Oswald, Right Wing Extremists. We scratched the surface, in a school, in a classroom.

I also remember that some people had moved from uncertainty to certainty in an incredibly short space of time. People who hadn’t heard of JFK the day before had resolutely decided what had happened and why it had happened. The knowing, they enjoyed the knowing.

But that was that, the lesson was over. We moved on to something else, the dissolution of the monasteries, Roundheads and Cavaliers or something. Something with plenty of facts.

“Three defeats in pre-season. Not looking good this is it? I told you. We look a shadow of last year’s team. And I tell you now, the new signings aren’t good enough.”

Over the next couple of years, I’d almost forgotten all about the JFK assassination. The gateway drug that was that history lesson had worn off. I was a teenager. Other things were happening.

That was until November 1988, the 25th anniversary of the assassination.

Suddenly other things weren’t happening. Suddenly, the assassination was everywhere.

Hello, I thought, I remember this.

ITV screened a two-part documentary, The Men Who Killed Kennedy. There were only four channels in 1988. There could have been 400, nothing else stood a chance.

I stayed in both nights and watched it. A teenage armchair researcher.

The Magic Bullet Theory, Zapruder, Umbrella Man, The Grassy Knoll, Officer Tippit, The Autopsy. On the telly, in my mum’s house, in 1988.

The Men who Killed Kennedy went beneath the surface. They interviewed witnesses, people who were actually there, people who saw and heard the whole thing but couldn’t agree on what they had seen or heard. Were there three shots, four shots, five shots, six shots? They had a theory about a man who they thought had fired a shot. They didn’t know who he was but he had a badge so they called him “Badgeman”.

“Villa at home? Told you, didn’t I? You can forget the league this year. Rodgers is being found out here. Always knew he wasn’t the right man for the job.”

1991. Oliver Stone’s JFK was released. A three-hour film that flew by.

I walked out the cinema, my head in a spin.

I walked back into the cinema.

189 minutes later I walked out again, my head spinning even more.

In response to the film, and the subsequent outcry, Congress set up the Assassination Records and Review Board, an independent body designed to preserve, release and review all the records pertaining to the assassination.

While it didn’t provide a definitive explanation for what happened, it didn’t even get access to all the records, it did add yet more information to the pool. For example, Douglas Horne the Chief Analyst for the Military Records, concluded with a 90-95% certainty that the photographs in the National Archives of JFK’s brain are not actually his brain.

In the mid 90s, some 30 years after the assassination, an independent body set up by Congress found, to a near 100% certainty, that the National Archive’s photographs of JFK’s brain were in fact of someone else’s brain.

Imagine having made your mind up, sticking resolutely to your position and then something like that materialises? What does that new evidence do to previously held beliefs? I guess you either ignore it, stick to your position, or you embrace the new information.

“Spurs away. At last, an acceptable performance. Not brilliant but acceptable. We need to be doing that every week or it counts for nothing. We’ll see, still think Rodgers is pulling the wool over our eyes. Also, anyone else think Balotelli looked a bit lazy?”

Acquiring information became much easier from the mid 90s onwards. Suddenly all the evidence, the witness testimonies, the Warren Commission exhibits were all available online. No longer did you have to travel to the National Archives in Washington DC, it was all readily available, all just a click away. You were also not limited to whatever books your local bookshop stocked, you could go online and order books from around the world, delivered straight to your door.

Wrapped up in books

I came to see it as an ever-evolving story, complete with great characters and plot twists at every turn. If I hadn’t read up on it for a few months I would check back in to see what was new. And the thing is, there was always something new. Every little bout of research turned up something I previously hadn’t known. I was still enjoying the process. The process of learning with an open mind, the process of not knowing.

The advent of the internet also saw a series of online forums spring up where JFK researchers could chat and discuss ideas in one place. I had a little look at these but I’ll be honest, they weren’t for me. It just seemed to be loads of fellas violently disagreeing and unwilling to listen to each other. The knowing, they enjoyed the knowing.

“West Ham. I’ve seen it all now. We made Downing look like a world beater. Told you Spurs was a flash in the pan. Rodgers has wasted £100million here. We’ve gone backwards. Suarez made him look good. I always knew it was a case of emperor’s new clothes.”

Finally, in 2012, I realised a lifetime’s ambition.

The view from the Grassy Knoll. X marks the spot.

The conference had speakers from all over the world presenting their theories and research on all manner of subjects on the assassination.

I went back again in 2013, the 50th anniversary of the assassination.

I met over 30 people who were there on the day, stood right there when it happened and I’ve asked them all what they saw and heard. Only a few of them agreed with each other.

I met some of the leading experts on the assassination. Authors whose books I’ve read and read again.

A who’s who of the JFK assassination together in one place. THE place.

The vast majority of people I met were really welcoming, happy to engage with new faces, and keen to share their research and listen to new opinions. We were enjoying the process. The process of learning with an open mind, the process of not knowing.

There was a minority however that was the complete opposite, where confirmation bias was writ large and they had a bizarre distrust of newcomers. In a subject clouded with uncertainty they seemed intent on reducing everything to an absolute certainty, intent on being the “most right”. They were unwilling to listen to anything that didn’t support their own theories, discounting evidence that didn’t help their case and, generally speaking, seemed to be having the least fun of all the people there. Talking to them was tiring. I learnt nothing, they learnt nothing. The knowing, they enjoyed the knowing.

“Basel. Madrid. We’re going out the Champions League here. This is now officially a crisis. You wouldn’t understand. You don’t understand the club, you don’t understand football. I’ve been coming since I could walk. I’m not interested in your stats, your “resting in possession”. I went to Dinamo Tblisi away in 79. Did you?”

And so, 30 years on from that history lesson, what have I decided? What conclusions have I come to?

Well, despite knowing infinitely more than I did then, I still have nothing definitive to conclude. Nothing that I would be prepared to back with a 100 per cent certainty. How can I when there are still 50,000 documents pertaining to the assassination that have never been released?

The most common question I get asked is along the lines of: “Doesn’t it frustrate you, not knowing what happened?” In all honesty it doesn’t. Naturally I would like to know but once I did my interest in this subject would quickly evaporate. The process would be over, there would be nothing new to learn.

At this stage, all I could ever say with certainty is the original investigation was incomplete and, judging by the witness testimony I’ve read, whoever was in charge of recruitment at the Texas School Book Depository got more wrong than they got right.

Other than that, it’s a process and there’s a long way to go.

One of the researchers I admire the most is Bill Simpich.

Bill is a civil rights lawyer who, in his spare time, has thoroughly researched the subject of Oswald in Mexico City, without doubt the most complex area of the assassination. I don’t use the word “thoroughly” loosely here. Bill has pored over thousands and thousands of declassified documents, many of which are irrelevant, in an attempt to piece together the puzzle of Mexico City in September 1963. I’m in awe of the work he has done and, not that he would ever make such a claim, he undoubtedly knows more on this issue than anyone else. Notwithstanding that, his accumulation of evidence and knowledge also reminds him of what he doesn’t know.

Bill once said to me, “In the absence of irrefutable evidence, there’s nothing more beautiful than an open mind”.

Bill is right, there’s nothing more beautiful than an open mind.

I still need to know more.

“I’ll never change my opinion on Rodgers. I don’t care what happens.”