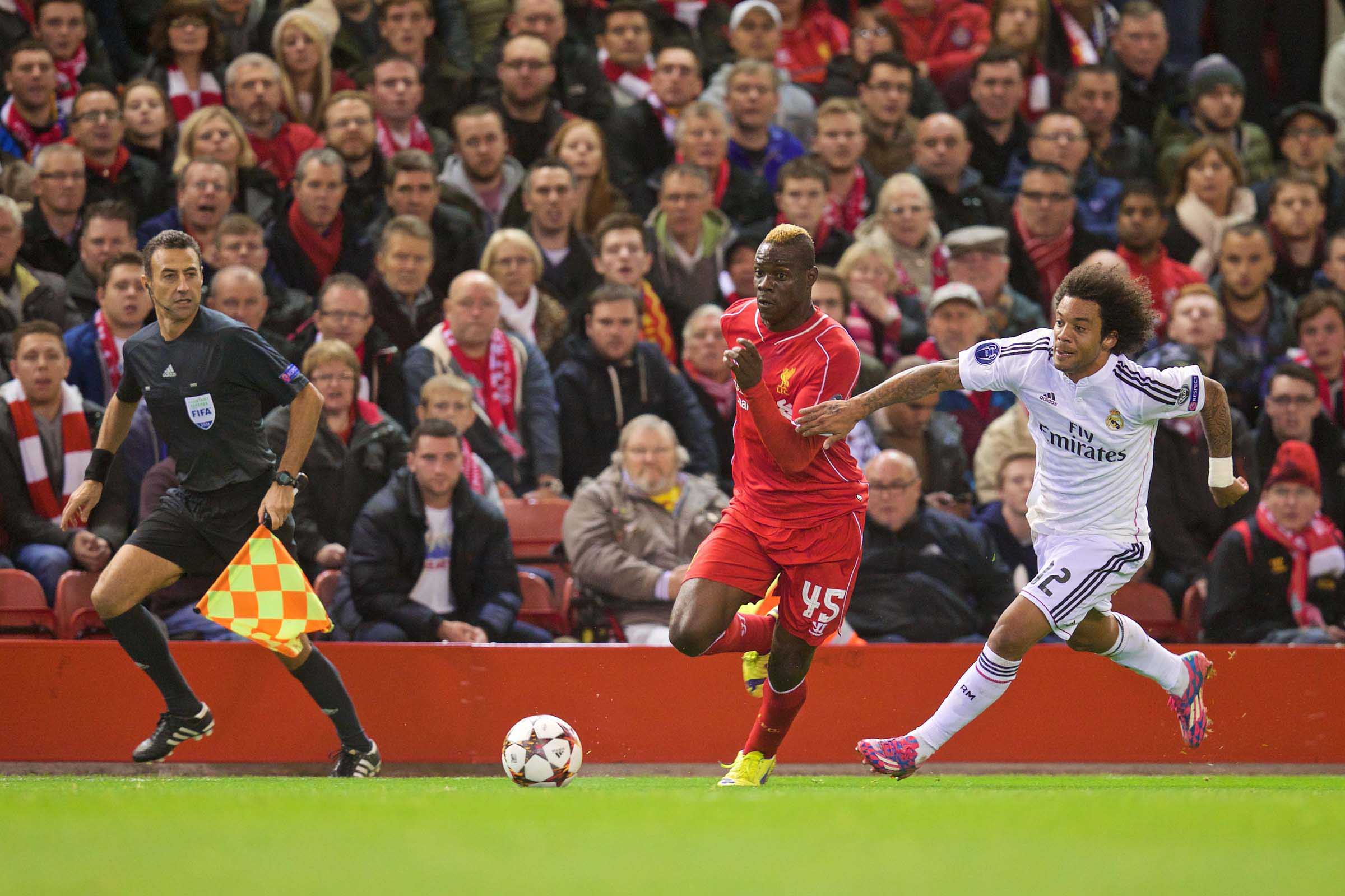 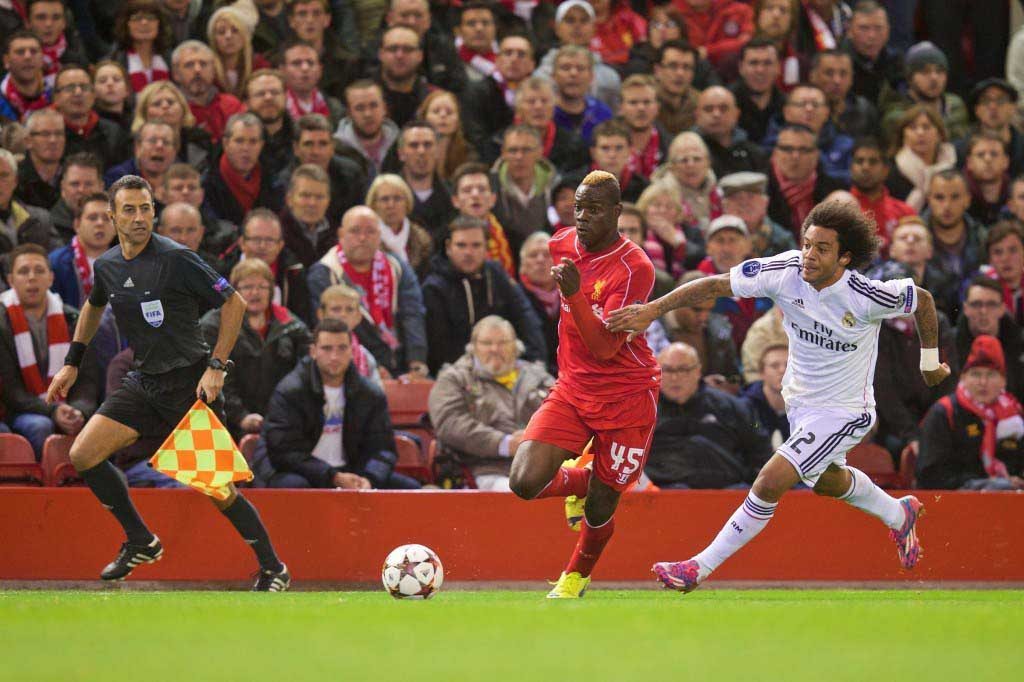 I wasn’t going to write this straight after the match.

And I swore that this season, all season, no matter the provocation, I would be nothing but blindly optimistic, loyal to a fault. So I wouldn’t write it.

But I’m writing it. I’m writing it whilst annoyed, whilst drinking and whilst enduring on of those birthdays that make no sense and just add up to stupid numbers (You’ll all get there, you’ll know what I mean.)

I’m not annoyed at losing to Real Madrid. It’s okay, they’re kind of good, it was kind of expected. There was always the chance that we’d lose. It didn’t matter that we were all wandering round at six o’clock with that ‘2-1, it’s going to be 2-1, you can feel it, can’t you?’ attitude. We all knew, deep down, that there was a possibility of losing and we were probably all fairly certain that we could – given the way we’ve been playing – lose this one fairly badly.

There was potential for embarrassment here.

3-0? Yeah, whatever. As John Gibbons points out, Real did Bayern 4-0 last season. And Bayern put seven past Roma. So we’d obviously beat Roma 11-1. Or something. It’s just maths isn’t it?

So they did. For about half an hour and then they had a bit of a rest. And we still couldn’t score against them. Partially, one might think, because we didn’t have an actual striker on the pitch.

And THAT is what I’m annoyed about.

At this very second I never want to see Mario Balotelli in a red shirt ever again.

I may mellow. I doubt it.

But that was City. He’d be different for us, wouldn’t he?

He wasn’t great against Spurs was he? No, but he’s just a bit rusty. He’ll be fine, just needs some game time. He’ll sort it. This is his last big chance. He knows it. He’s grown up, he’ll take this opportunity, he’ll rise to it, Brendan will do with him what he did with Sturridge.

He doesn’t score many does he? No but look, he’s putting a shift in isn’t he? He’s actually tracking back, he’s closing down. It’ll be fine.

He doesn’t move round a lot does he? No but maybe we just need to get used to the fact that he does it in bursts, that we’re not going to get 90 minutes of pure Suarez from him.

Brendan says he’s not Suarez? Yeah, spotted that, Bren. Cheers. Do us a favour, tell us what he is will you? Beause I’m not sure any more.

I’ll tell you what he is. He’s over. Finished. No coming back from this one. He’s lost us. Can I speak for all of us on this one? I think I can, I was one of the calmer voices in our little Kop-centric world tonight. He’s lost us.

Look at it this way. You’re Mario Balotelli. You’re playing in the biggest game that the team that’s given you your latest last chance has played this season, the biggest game they’ve played for a fair while. You’re the only truly fit, supposedly world-class – can we cross that out? Change it to international class? – striker at the club. Your manager yanks you at half time and replaces you with a midfielder thus becoming, quite brilliantly in fairness, the first team ever to play with two false nines. The team without you, the team without a striker, looks better for the change. The simple fact of your absence has improved your team.

How do you feel?

None of the above?

Which of us truly believes that Mario Balotelli feels even vaguely arsed?

Do we know what it was that saw Rodgers pull him? Was it the refusal to square to Sterling in the first 10 minutes? At the point where a goal would have reflected the dominance that we were showing? Was it the very public berating of Sterling for……no, not entirely sure what he thought that was for to be honest. Not passing from a ridiculous position to a player who would have done nothing with it? Only thing I can think of.

Was it for the kind of movement up front that made Andy Carroll look like a tactical genius?

Yes, there were things that Balotelli did well in that first half. Held the ball up well, skipped into space quite menacingly, played treating through balls. But for every good moment there were three that appalled, all of which stood out far more than any good work could hide, accommodate or justify.

At half time Mario decides that it’s a good idea, an appropriate idea, to exchange shirts with Pepe. In the tunnel. Three nil down. Three nil down, little chance of recovery, certainly none if your prime striker has decided that’s his shift for the day.

It’s not the action of a Liverpool player. It’s not the action of a serious professional footballer. It’s amateur. It says that you respect the opponent more than yourself. It’s a disgrace to the shirt. We’ve kind of overlooked the fact that Brendan Rodgers had to order Mario to applaud the fans that had travelled to Basel at the end of that particular fiasco. Overlooked the fact that he still didn’t do it. Overlooked the lack of respect.

So we sing for him. ‘Mario Magnifico, Mario Fantastico.’ We sing a song that he hasn’t earned while he shows no respect for his colleagues, manager, fans or club.

We wondered which Mario we were going to get. There’s the answer. That’s the Mario we got. The same Mario everybody else got. The only Mario there seems to be. The one that only cares about Mario.

The answer? Sell him. The day the transfer window opens, sell him. To anyone who’ll have him for whatever they’ll pay. Cut our losses and get rid. He doesn’t deserve us and we deserve better. Buy someone. Anyone. Just a body to stick up front that can move round a bit; it’ll be an improvement on the fact that, as long as Mario is on the pitch, we’re playing with 10 men.

I might have calmed down by the time you read this.