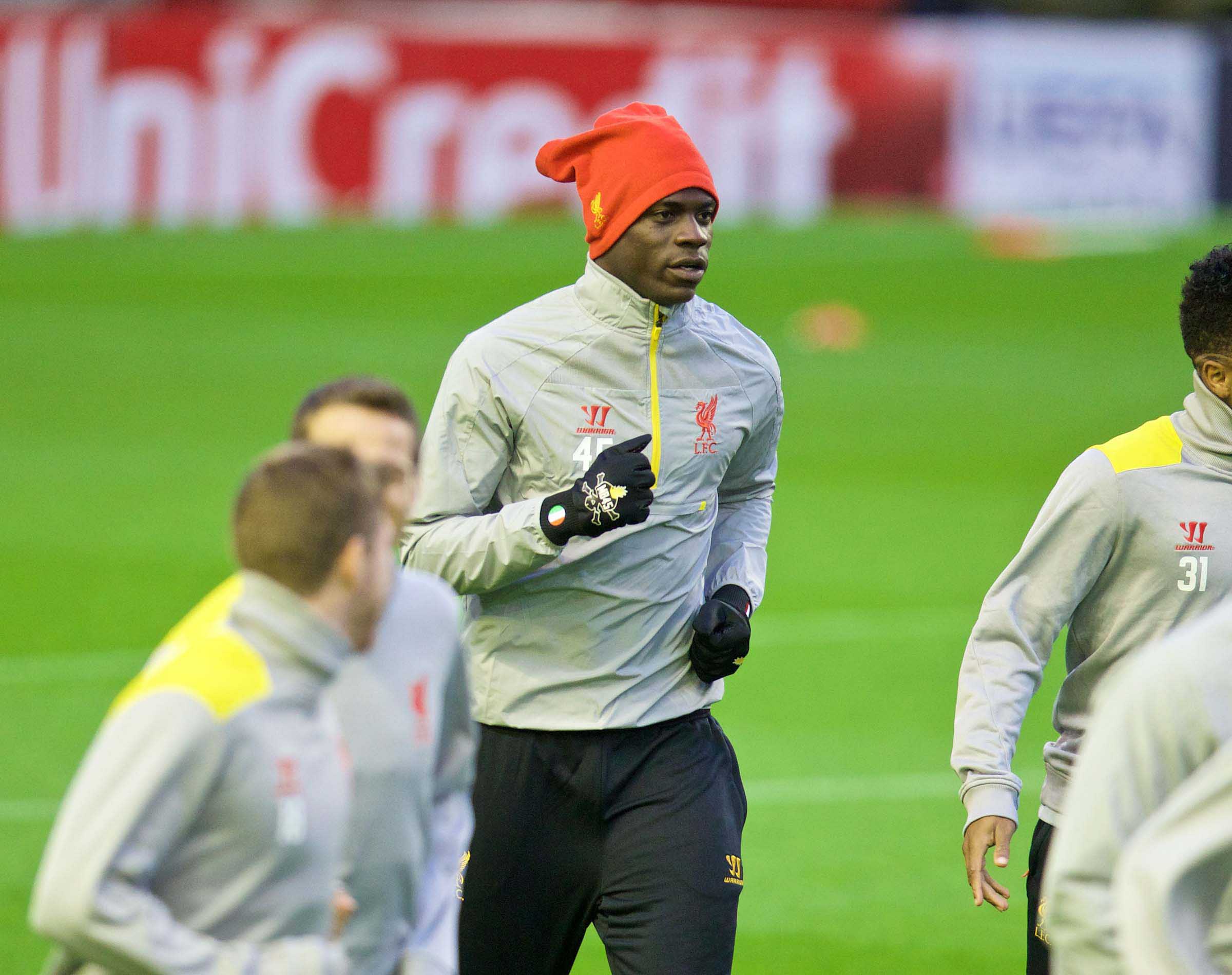 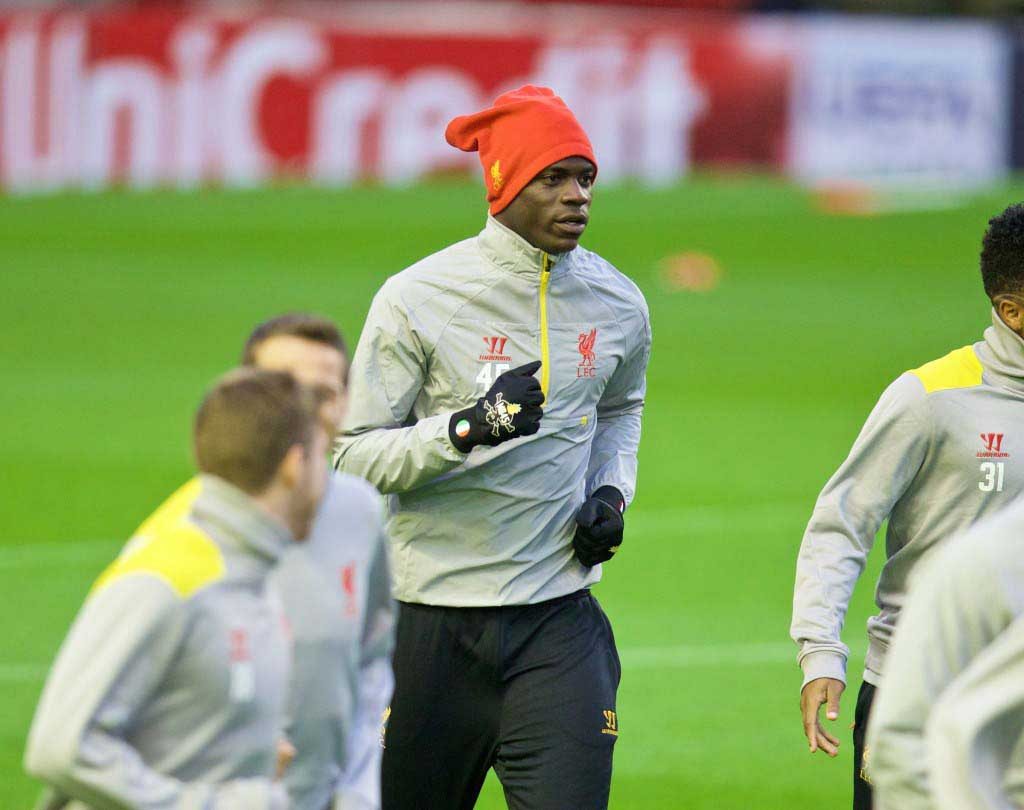 EARLIER in the week, Brendan Rodgers described how Mario Balotelli had worked ‘like a lion’ in training during the international break, writes KAMURAN KULAVUZ.

I’ve looked into some of the traits associated with the lion and have picked out several holes in the manager’s claim.

Lions like to scavenge — often on animals already deceased through disease or injury. They do what, in footballing terms, would be called poaching, which usually entails remaining in and around the box, feeding on scraps, half chances and any fortuitous bobbles or deflections that may come your way, in order to score goals.

At other times, lions hunt in a group, surrounding their prey, until they have no means of escape, and are taken down as part of a team effort. In footballing terms, this would be a fast counter attack involving the forward-thinking players moving the ball across the pitch at speed in order to break through a stricken defensive line. It wouldn’t, however, entail hugging the left touchline, lazily dangling a leg to perform what can only be described as an arthritic step-over, then cutting inside to produce a scuffed or — dare I say it, tame (pun intended) — shot at goal.

Despite the army of brave faces being put on it, the most worrying thing about this season was always how we would replace Luis Suarez. Arguably the most industrious forward in world football, it was evident that we needed someone with a similar verve to replicate the intensity of the tail end of last season. Many thought Daniel Sturridge would take up the slack left in the leash now that his former rabid strike partner was no longer straining at it. In terms of influence maybe he can come close, but it’s impossible to count him as Liverpool’s main striker when most of his leg muscles seem to be made of silly string.

So we turned to Mario Balotelli — a player with a certain track record for being one of the least industrious strikers in world football. It isn’t that he lacks ability; it’s just that sporadic flashes of genius aren’t really enough to warrant a place in any top team.

Brendan Rodgers has suggested he only signs players who will put the team above their own ego. It seems bizarre then that Balotelli would even be considered as a potential signing. In his appearances so far, he has cut an increasingly forlorn figure, intent on shooting no matter the distance or angle. More worrying, he seems unable to spot players in a better position than himself and even his teammates began to show disenchantment with his contribution on Sunday.

Readjustment to the Premier League — and to new teammates — is a consideration but this pattern of misfiring isn’t something that’s only occurred following his transfer. Balotelli had the worst conversion rate in Europe last season among leading strikers, a measly 13.3 per cent. Many would say that a total of 14 goals is nothing to be sniffed at, but the 152 shots taken to achieve that haul reveal a bigger picture.

The Italian’s confidence is painfully low and you can see that in his body language from the moment he takes to the pitch. He’s a player that seems to crave constant praise and you can see the tension in his play right now. Balotelli’s figures now read one Premier League goal in 26 and one assist in 60. In his last 20 Premier League appearances he’s had 39 shots and scored one — a conversion rate of 2.6 per cent. 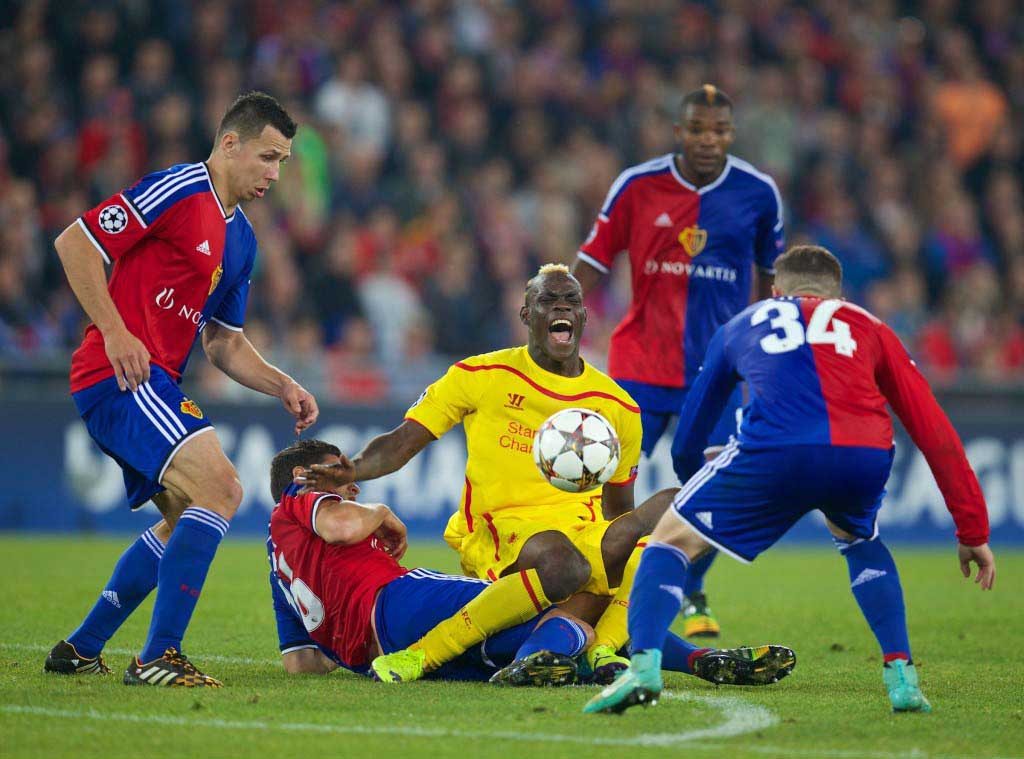 BASEL BRUSH OFF: Balotelli hasn’t proved too much of a handful for defenders since joining Liverpool. Pic: David Rawcliffe/Propaganda

Should he be dropped? That could dent individual confidence but benefit the collective. Or do Liverpool stick with him in the hope that he can find some form and ready himself to build a partnership with Sturridge once he returns?

Brendan Rodgers described Balotelli as a “calculated gamble we had to try and work with” earlier this month. The Italian almost certainly wasn’t his first-choice option, meaning he has even more of a task to win over the coaching staff. It can be done, as Henderson and Flanagan have proved. But even at the tender age of 24, it very much seems that Balotelli is drinking at the last chance saloon.

If it doesn’t work out at Anfield, if the balance of risk-reward tips too far towards the former, what big club would pay good money to once again spin the Balotelli roulette wheel with another poor reference on his CV? The likelihood is that the only way would be down; sideways at a push.

Even Roberto Mancini — the man who once described Balotelli as “like one of my children” — said earlier this month: “Mario is a good guy, but he is aware that Liverpool is probably his final opportunity to prove what he can do on the pitch. It’s his last chance.”

Real Madrid await, and surely there is no better occasion for Balotelli to step up to the plate than during Anfield’s biggest European night in five years. If he remains in the team, there should be no greater incentive than the roar of the Kop to bring the lion out of its slumber. Maybe a goal of significance will fire the spark that seems to be missing from his performances so far.

Publicly some, including Jamie Carragher, have insisted that we start with Sterling in a false nine role at Balotelli’s expense. Speed on the counter could well be the key to unlocking the Madrid defence. But the unpredictability of Balotelli will still worry defenders. Despite everything, he still has it in his fabric to deliver in big games — think Euro 2012.

One of the most humbling facts going into this fixture is that so far this season, in the league and Europe, Cristiano Ronaldo has a goal every 2.94 shots, compared to Balotelli’s single goal in 28. Rodgers will have to gauge whether Mario still has the backing of his teammates. If they don’t trust their man up top, they go into every fixture mentally hindered rather than helped by what was billed as Liverpool’s chief goal supplier in the absence of Sturridge and Suarez.

Brendan Rodgers has worked hard to instill a sense of collective responsibility based on a meritocracy. If he continues to play ball with Balotelli — and his performances do not pick up — that could quickly be undermined.

At the moment, Liverpool as a whole make for uncomfortable viewing; I am by no means pinning the blame solely on the Italian. But things need to change drastically, or he could face being left out in the cold.

The truth is, if this ‘lion’ doesn’t roar soon it could quickly become a tiger… A Hull City Tiger.