REFEREES: WHY DOES THE GAME DO SWEET FA ABOUT FAILING OFFICIALS? 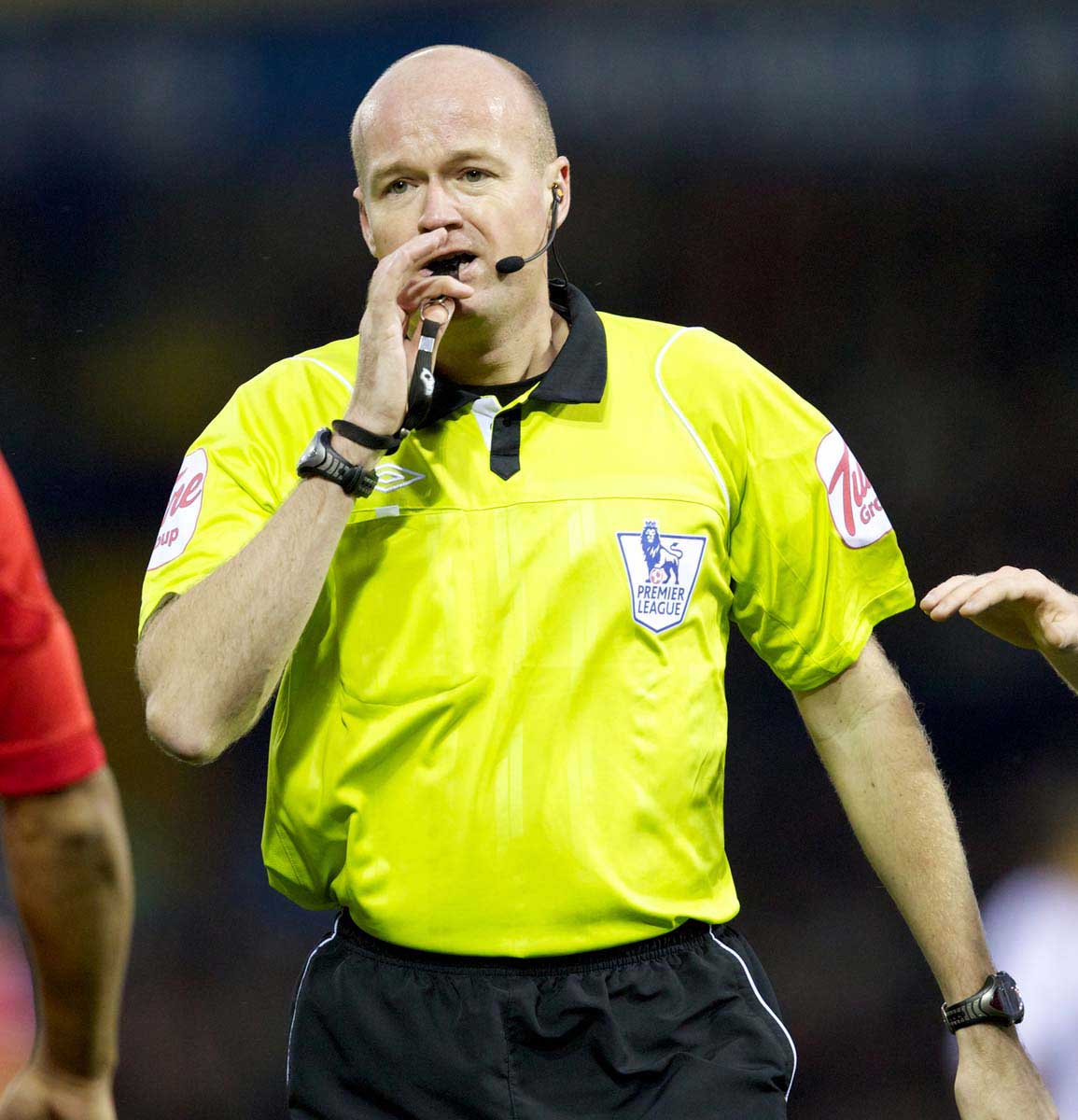 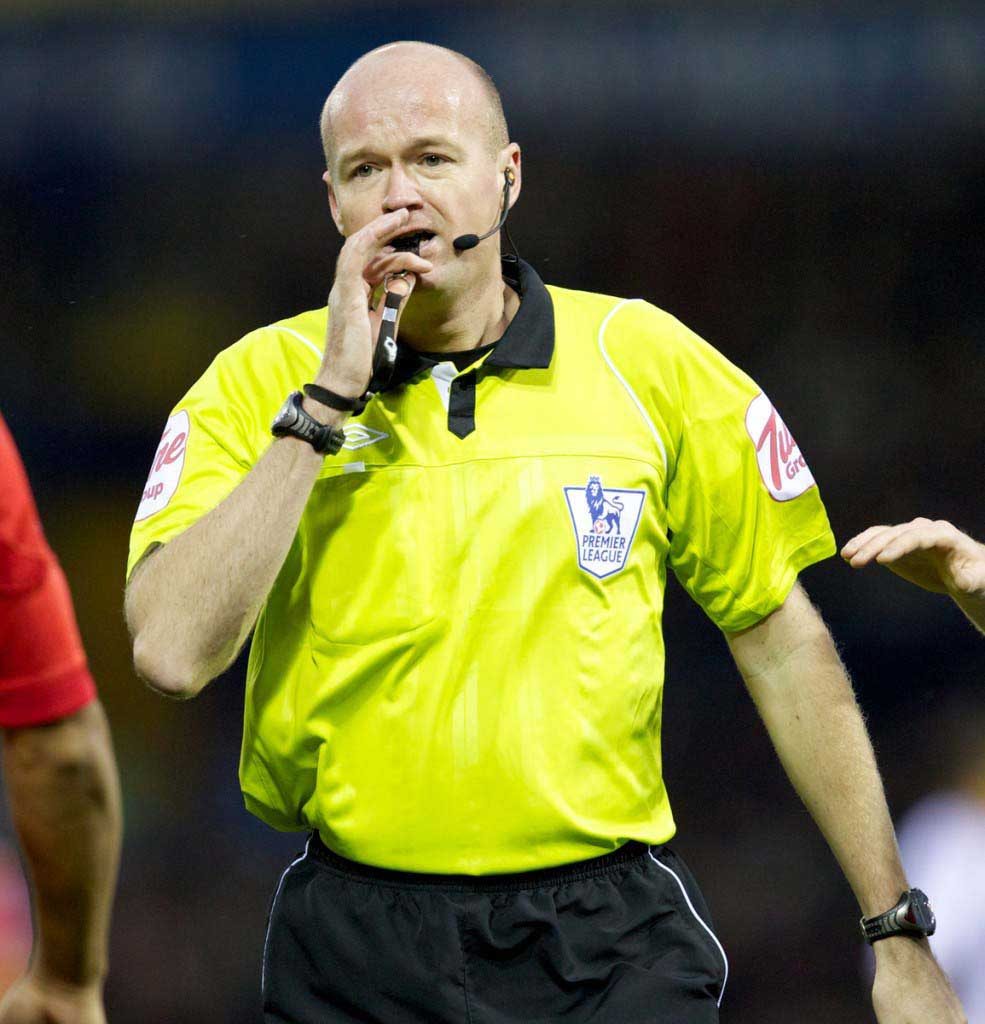 LONG-TIME listeners to The Anfield Wrap will know that Neil Atkinson hates talking about referees.Understandably so. With the current crop it becomes boring, frustrating and oh so repetitive.

Sometimes, though, it’s a conversation that needs to be had. Let’s have it now. Liverpool’s game against Aston Villa last week was officiated by Lee Mason. That’s the Lee Mason Brendan Rodgers complained about last season. The Lee Mason from Greater Manchester. The Lee Mason that many football fans think is utterly woeful at his job.

That, in short, is my main gripe. That people like Lee Mason are paid actual money. They are given a very good wage to do a job so appallingly that the majority of fans don’t want him refereeing their team. It’s not because he’s biased. It’s not because he favours one team more than another. It’s because, as far as I’m concerned, he’s a really, really bad referee.

Let me be clear from the outset, this is not an attempt to excuse the performance of the Liverpool players against Villa. They were terrible. Genuinely awful. But it is possible to accept that Liverpool deserved to lose AND the referee was dreadful.

Sometimes the officials can be excused bad games. Players have them, managers have them. Hell, even ball boys have them. In a game so fast paced, with such quick calls being necessary, a referee can be having a good game and still get a massive decision wrong. As fans, tribal by nature, it’s inevitable that we’re going to be convinced that certain referees are biased against our team. It’s the nature of the game.

What’s really frustrating, though, what makes my blood boil, is when a referee is consistently appalling week-in-week-out and nothing seems to be done about it.

Some of these are issues from up on high. The current vogue for refereeing “context”, for example.

Let’s think about that for a second. You’ll often hear commentators or summarisers make reference to the fact that the referee has been “sensible” in not sending a player off early. How they’re “letting the game flow” when they allow teams to foul repeatedly without giving free-kicks or dishing out yellow cards.

It’s bullsh*t. The referee is on the pitch for one reason and one reason only – to uphold the laws of the game.

Perhaps the fact that football is a spectator sport watched by millions around the globe has muddied the waters a little for some people. Maybe the proximity of the crowd to the pitch has caused some referees to feel as though they’re in a play and that their role is to influence proceedings according to their own whim. It is not.

Their job, I’ll say again, is to uphold the laws of the game. Those laws are clearly laid out. There is nothing, as far as I’m aware, in the rule book that says a foul in the first minute is less of a yellow card offence than one in the 75th.

Football is predicated on the idea that the laws are the same for everyone. It is why, for example, a team like West Brom can head to Stamford Bridge and play a team worth billions of pounds and hope to still come away with a result if they play well enough. If the referee decides to whimsically make up a rule that gives Chelsea a last-minute penalty when no one else in football thinks it is one, problems are going to arise. In that instance, it would lead to Steve Clarke’s eventual dismissal as Baggies boss and a series of poor appointments that have left them favourites for the drop this time around.

Referees need help, of course. As long as the FA continue to adopt an attitude towards the use of technology in the game that is as backwards as a Roy Hodgson training regime, refs will be fighting a losing battle. 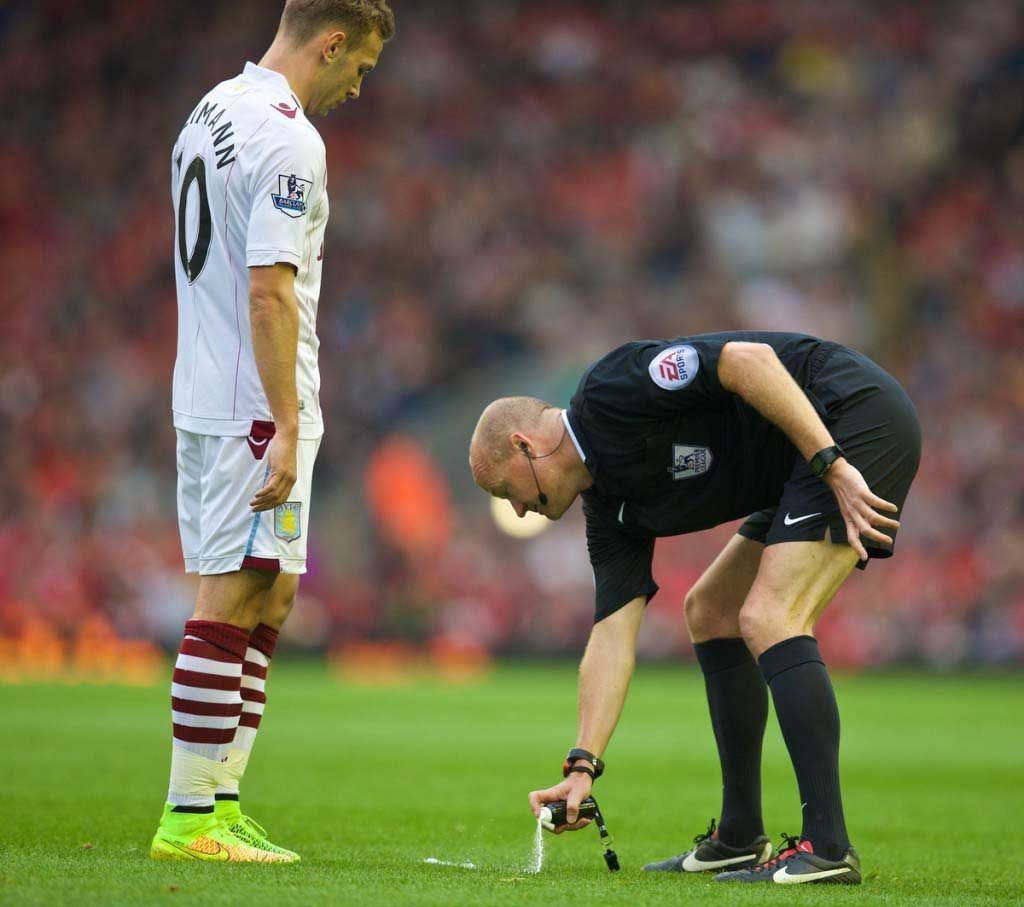 The arguments against using technology appear to be “it will slow the game down” (it won’t) and “these decisions even themselves out” (they don’t). But as long as we can watch things on TV in super slow-mo, mega high definition, as long as we can see things over and over again in incredibly minute detail, we have one over on the referees.

The media play their part, too. Let’s look at the game last Saturday. All eyes were on Mario Balotelli. Would he do something mental? Jonathan Pearce, in his introduction to his commentary for Match Of The Day, said Super Mario had the propensity to be “a pantomime villain”. It was obvious, then, how they would cover any misdemeanours from the Italian striker.

Meanwhile, Phillipe Senderos kicked him. Not once, not twice but repeatedly. Just lashed out and kicked him when he thought the ref wasn’t watching. (In the case of Lee Mason, he needn’t have worried. He could have kicked him in the face right in front of him and Mason would have booked Balotelli for head-butting his foot. Not because he’s anti-LFC, because he’s sh*t).

How did the media cover these incidents? Alan Smith said Senderos had been “a lucky boy” that the ref hadn’t seen it. That was all Sky felt needed to be said. The BBC, meanwhile, didn’t even bother showing it in their coverage of the game on Match Of The Day. They showed it in a montage of fouls on Balotelli that was so un-arsed it may as well have had the Benny Hill theme played over the top. Then Alan Shearer told us, laughing, that it was “welcome back to England, Mario”.

No it wasn’t, Alan. If you want to welcome someone back then get them a cake. Write them a card. It wasn’t a welcome back. It was a systematic decision to repeatedly lash out at a player in the hope that you will provoke them and they will react. It was not only against the spirit of the game, it was very much against the rules.

Will the FA even look at Senderos’s kick on Balotelli retrospectively? Will they b*llocks.

I understand that football is a tough game. I know that these things happen, and players will always try to get away with stuff like that. But it is the job of the referee to stop it. And if they miss it at the time, then their governing body has to do something about it.

Some people will read this as moaning. They’ll shout that it’s a “man’s game” and that players have to just get on with it. I disagree.

Ultimately referees are paid (and paid well) to do a job. If they are not up to the task, they shouldn’t be doing it. Bear in mind that The basic salary of a Premier League referee is £38,500 and that they get paid an additional £1,000 per game, and the scale of the problem becomes clear.

I’m sure I’m not the only person who hasn’t earned half of £38,500 in a year. So when someone is getting paid that and CAN’T EVEN DO THEIR JOB PROPERLY, it becomes frustrating.

It’s not about the money in its own right, of course. The money in football is already so obscene it seems churlish to get upset about a little bit more of it flowing around. It’s about what the money represents. When people like Lee Mason are paid an extraordinary amount of money to be close to incompetent, it leaves a bitter taste in the mouth.

Players will always try to push the boundaries of what is acceptable. That’s to be expected. But referees are there to uphold the laws of the game. Laws that are very clear. Laws that suggest only a little room for interpretation. Laws that apply in the same manner from the first minute until the last.

Drivers will often push the boundaries of speed limits. They’ll creep up to 80 or 90 mph on a clear motorway. If a police car sees them doing it, it’s decidedly rare for the copper to wave them on because they want to let the motorway flow. Referees are there to police the game, not become part of the narrative.

There are plenty of excellent referees. Sadly I can’t tell you who they are because, like the naughty kids in class, you only learn the names of the sh*t ones.

Talking about referees is boring. But sometimes it’s a conversation you’ve got to have. Football is a multi-million pound business. It should not be allowed to be decided on the whim of the man in the middle.

It’s time for them to stop refereeing context, start upholding the laws of the game and for us to be allowed to forget their name.