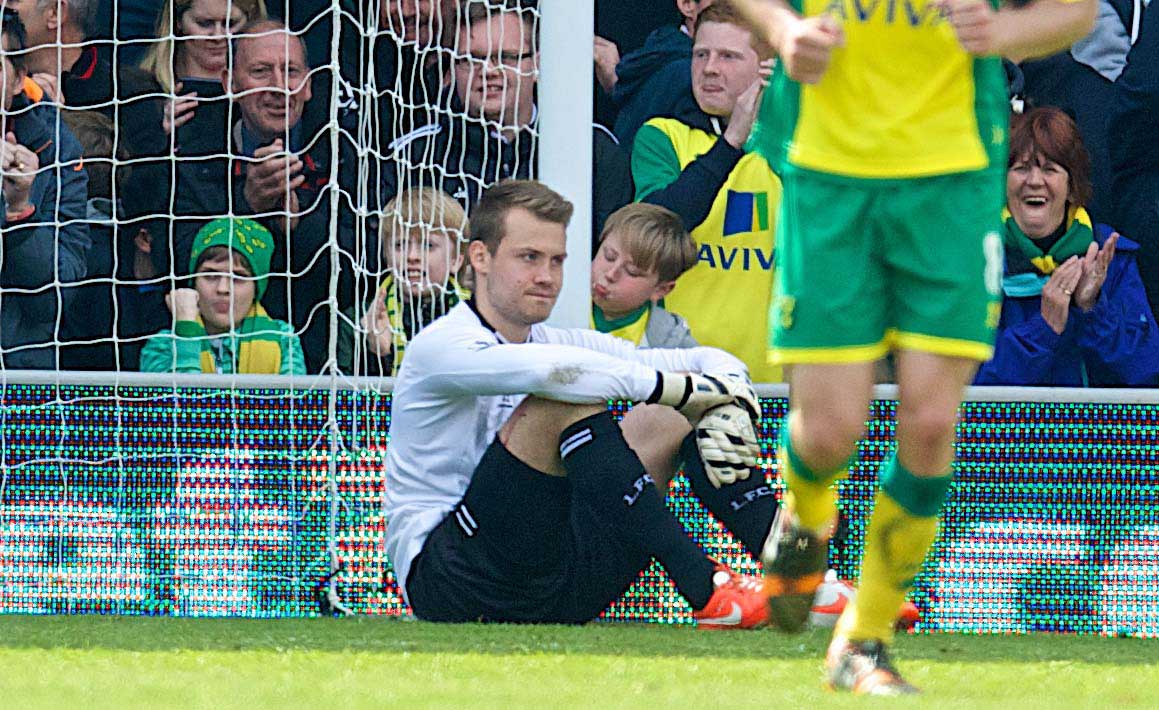 CRITICISMS are to goalkeepers what cricket balls are to batsmen. You’re constantly fending them off. Sometimes the criticisms hit hard and leave a bruise on your confidence that can take a while to disperse, only massaged away by a combination of steely self-belief and improved performances. Sometimes you’re just playing at 7/10 when what’s required is a 9.

That’s what’s happening at Liverpool now, it seems. Without making horrendous mistakes, Liverpool’s Simon Mignolet has come under scrutiny by many because he isn’t quite making the difference that earns his team points.

During SKY’s MNF analyisis, both Mignolet and Tim Howard came in for a bit of stick and in retrospect, rightly so but there has to be some leeway given, especially to Mignolet in this instance. There’s no getting away from it, he was beaten by a wonderful strike. Jagielka’s goal aside, Mignolet isn’t at the top of his form. Whether he would admit it’s a confidence issue or not, there is never any smoke without fire.

If there is a dip in confidence, starting positions begin to drop back a yard as you retreat to the safety of your line so as not to involve yourself with through balls and crosses. That small percentage of doubt delays your decision making by the tiniest of fractions, but just enough to fumble that ball you should have pushed away. And as much as anything, that lack of confidence spreads to the players in front of you, perhaps not consciously but almost osmotically. 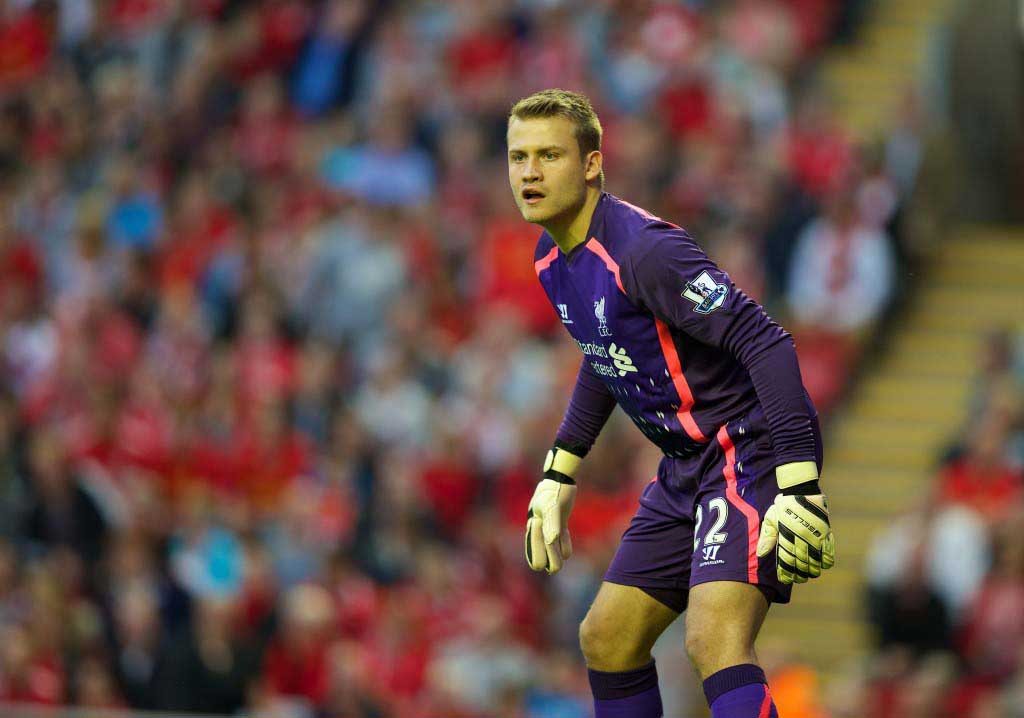 So let’s isolate Gary Neville’s criticism of Mignolet. Should he have saved Jagielka’s shot?

It would have been a world-class save but let’s break it down, first from the point of the strike. Jagielka hit across the ball making it deviate away from Mignolet, the movement becoming more exaggerated the further it flew. As the ball reaches halfway towards you, you pick up the flight of the ball and decide which hand to go with.

Bear in mind it’s then difficult to react to any further deviation from this point while you’re mid-dive.The height the ball is projected to means Mignolet was right to go with his top hand. It’s seen as flashy by many but as your body naturally turns forwards towards the ball, you can gain more height and power to deflect it away.

From hereon in I have to agree with Gary. He made a great point about Mignolet’s starting position, crouched low with his hands almost by his knees. This is where he was perfectly right to criticise. The problem here is fourfold.

Firstly, it takes much more effort and power to push off from this position and when we’re dealing in milliseconds, every minuscule error is costly.

Secondly, from such a crouched position it isn’t as easy to shift your feet quickly and your feet, you might be surprised to learn, are much more important in goalkeeping than your hands, whatever era you played in. Stood in a more “mid-height” position, knees slightly bent, chest forward, he might have got one or two extra steps in that allowed him to dive later.

Thirdly, his low hand position means the split second extra needed to even get his hands where they should have been (hip height) will mean his hands won’t get to the ball. I’ve noticed Thibaut Courtois adopts a similar stance so perhaps it’s something they have been taught from someone like Jean Marie Pfaff. Hands should only be held so low when dealing with one v one situations at close quarters.

And fourthly, as a keeper you are constantly battling to keep yourself in a balanced stance with your bodyweight slightly forward. Theory being you’re in a neutral position so you can react and move in every direction and your dive should always be diagonally forward to cut off the angle of the shot. When your hands are too low, the movement required to bring them up shifts the momentum of your bodyweight slightly backwards, the antithesis of what you try perfecting all week in training. This means your dive will then be slightly backwards making it more difficult to redirect the ball. 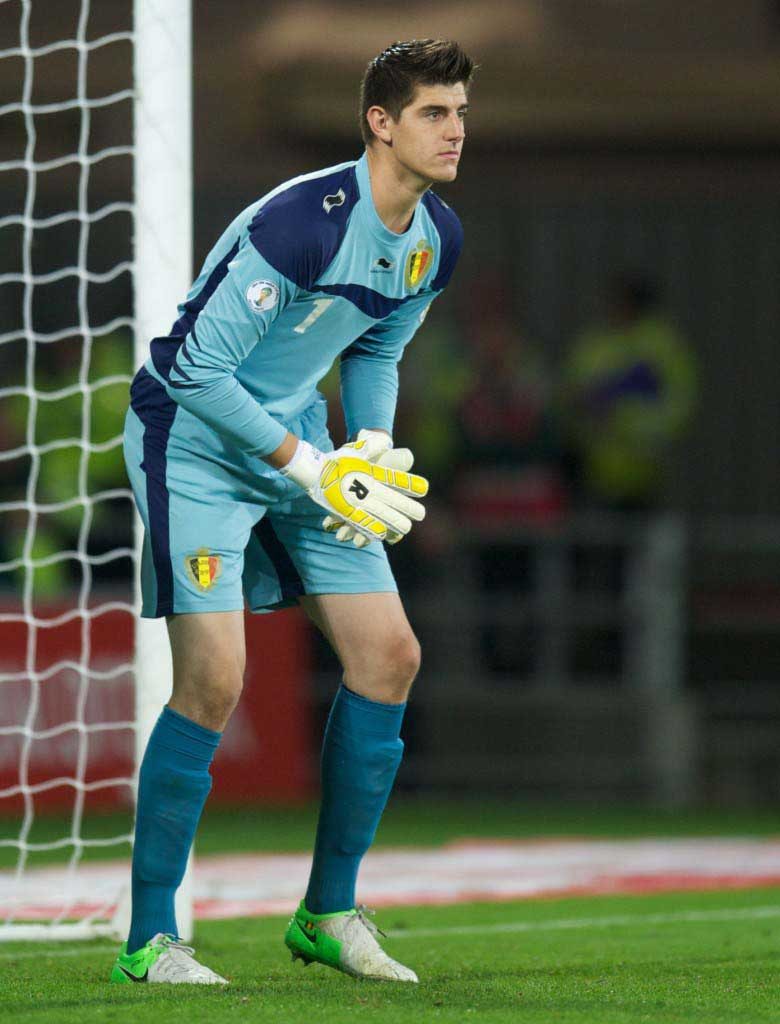 As for Carragher’s point about Tim Howard, he was spot on. A basic goalkeeping rule is that you should never bounce as the ball is being hit. Jimmy Montgomery taught me that 20 years ago yet many keepers have done it and still do. Mentor to Edwin van der Sar and Manchester United’s new GK coach, Frans Hoek, would actively teach the movement of a small jump so your landing coincided with the moment the ball was struck and it works because you can generate more power when you push off.

I did it and it wasn’t until I was coached by Tom Sterebo at Odense in Denmark that I adopted more of a pitter-patter American football player style when he’s preparing to move off. The theory was your feet were never off the floor long enough to be caught mid-hop like Howard.

In short, Gary was correct in his analysis. In a perfect world Mignolet might have got got closer to the ball but you also have to give credit where it’s due and wonder whether the criticism is justified. One thing I will say though, his point about Neuer holds no grounds.

Neuer’s technique and hand position isn’t exactly textbook at times. Just as we talk about the pre-shot hop, Neuer swings his arms backwards and forwards wildly as the shot is taken. Again, not technically correct but something that works for him and that’s important to remember. A keeper’s style has to suit him. What is right for one may not necessarily be right for another.

The intricacies and minutiae of goalkeeping are often boiled down to whether the spectator thinks they could or couldn’t have stopped the shot, but there’s so much more to it than just catching or saving a ball.

David Preece is a professional goalkeeper with 20 years-plus experience and has played in England, Scotland, Denmark and Iceland. He is currently first-team goalkeeping coach for Lincoln City.

This article originally appeared at http://ipreece.wordpress.com/2014/09/30/mignolet-was-gary-neville-right/ and has been reproduced with permission.