THE CURIOUS CASE OF FABIO BORINI 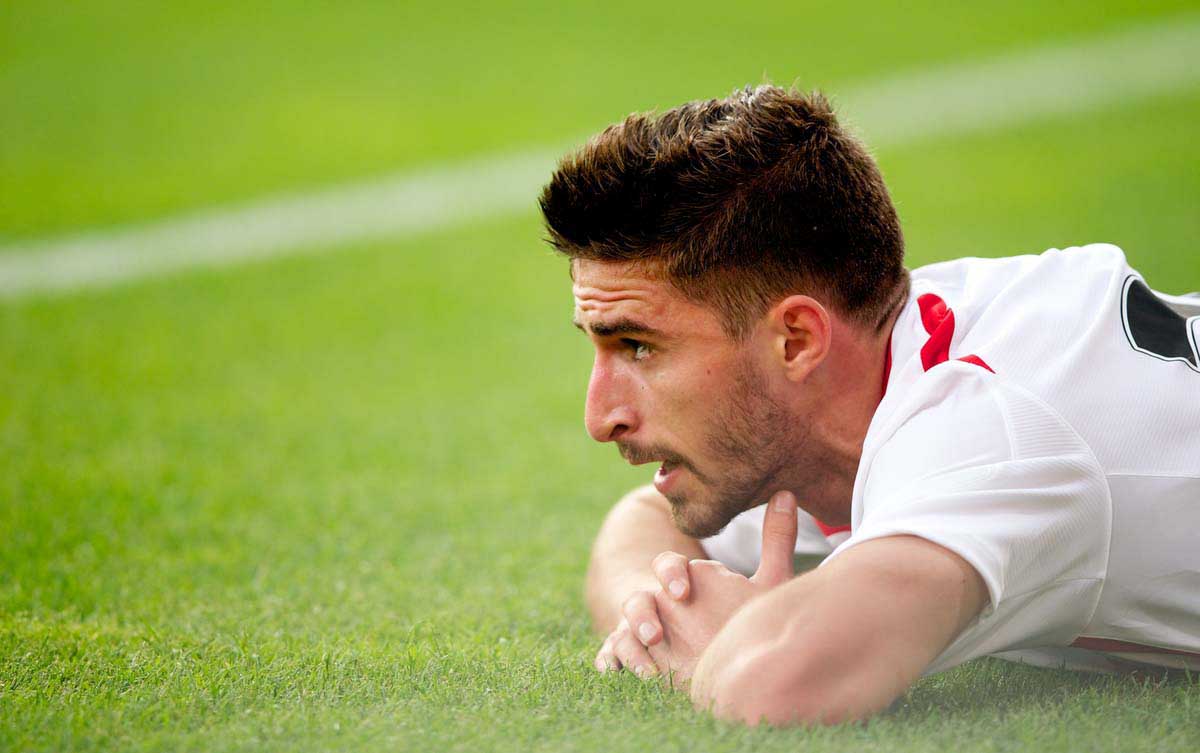 THE REPORTS are as follows: QPR agreed a fee with Liverpool for Fabio Borini that is approximately ten million pounds. They offered him a salary in the vicinity of double his current money. This was rejected. Borini has said to QPR that it would take triple his money and, crucially, a clause which allows him to move for less than ten million pounds next summer for him to be interested in the move. Both those things.

Earlier in the window, after what I would argue was a moderately successful loan move, Sunderland made it clear they thought it successful enough to offer fourteen million pounds for Borini’s signature, yet Borini didn’t seem to entertain this offer.

Let’s accept the reports because it is these reports which have led to Borini getting down the banks.

In short, this seems clear – Fabio Borini doesn’t want to play for Queens Park Rangers. He’d do so if:

1. He got crazy money.
2. He could see how he could leave at the end of the season to then go and play for someone else.

Further, Fabio Borini doesn’t want to return to Sunderland. He went there last season. Did well. But perhaps he believes it to be a dead end. He’d have a case to think that. He did well, we can all agree he did well, their supporters were massive fans of his, he showed huge commitment and scored goals in big games but now, after that season, his only offers are Sunderland and QPR. 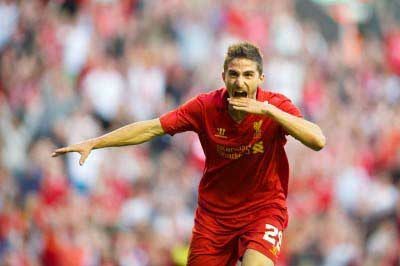 In terms of usual conversations about footballers, there’s a complexity here, perhaps an uncomfortable one. Fabio Borini clearly isn’t motivated solely by money but from reports we can accept we can see he would allow himself to be consoled by it for twelve months. He clearly sees QPR as nothing more than a stepping stone in his career and as a stepping stone he’d like to feel he can more easily step off as quickly as possible. If he was solely motivated by money then he accepts the highest bidder and goes.

There are other reports, other rumours. Borini is supposed to like Liverpool. He has a life here that he enjoys. He may well also think he can break into Liverpool’s set up. There are precedents for that. A long season beckons and Liverpool suddenly look a lot better playing two forwards and the third on the list, Lambert, looks short of the pace required to play in this Liverpool side. Other reports suggest he’d like to go back to Italy. Getting back to Italy when clubs in England will pay over ten million pounds for you is hard. Only five transfer fees over eight figures were paid in Italy this summer.

Borini has also never been settled – he’s 23 and he has played senior games for five different clubs. It wouldn’t be unlikely if he’d like his next move to be one he can properly get behind. A club to settle at. Sunderland was sold to him as a springboard and he doesn’t want QPR to become a prison. His next move could define his career. The next four year deal he signs takes him through to 27.

All this is very human. We are, as humans, motivated by a variety of factors in our career. We can, if given the opportunity, be motivated by material gain, by career progression, by location. Some of us don’t get that opportunity, we aren’t fortunate enough to be put in that position. But those of us who are trade off one motivation for another constantly. We may place money at the centre of our career, we may trade off short term gain for long term gain, we may choose location over salary or we may embark on a difficult path we believe to be eventually rewarding. There’s no definitive right answer. Everyone’s circumstances are different and different choices suit different people.

However, coverage and discussion of Borini is exceptionally negative. Borini gets slaughtered as greedy and/or delusional. His decision unfathomable. His demands unreasonable. People are “disappointed in him.” Disappointed in what exactly? That Liverpool Football Club didn’t receive fourteen million? Well they weren’t going to reduce the ticket prices using that money. (By the way, if they did it would be 14,000,000 / 19 / 45000 which is 16 quid off a game). That money isn’t getting taken from you. What are we disappointed in? That a young man chose to stay at a football club for the next four months. He would definitely play more for Sunderland or Queens Park Rangers than he will at Liverpool. We can all agree on that. But what happens next for him?

A lot of this is about what the gap between the top seven and the rest actually means. Wilfried Bony scored sixteen league goals last season. He’s a good player. He remains at Swansea City. Liverpool, Arsenal, Manchester United, Chelsea and Everton have all signed centre forwards, he has a release clause, yet he remains at Swansea City. How many league goals would he have to score to get a move? How many can he and Swansea City score? Swansea scored fifty four goals in the league last season – the most scored by a side outside the top seven. Bony contributed almost a third of them. If he wants to play for a bigger club – and possibly he doesn’t – what does he have to do? What is possible for him to do? His only option is to do it again.

Borini is at a top seven club – he’s at a top three club – and if he moves from this top seven club then when does he next get his chance? Maybe never? Probably never. So why throw it away for Queens Park Rangers? And if he does choose to throw it away why not ensure that he gets weighed in for it? If you are going to sell out your dreams, how much do you sell them for?

Lastly, then, the question becomes “should he accept his level is Sunderland?” Perhaps he should. They are one of this country’s great historic clubs with a marvellous fanbase. Perhaps he should accept the most he can be is a big fish at that sized pond. However it might be that he’d rather be any size fish back in a Serie A or La Liga sized pond but knows that a move to Sunderland or Queens Park Rangers without any clause allowing a reasonable, effective transfer fee sees him stuck in a location he doesn’t want to be in having simultaneously abandoned his ambition. 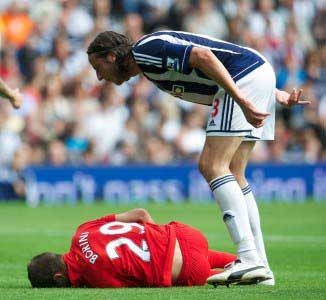 Fabio Borini being shouted at by another human – (CREDIT: DAVE RAWCLIFFE/PROPAGANDA PHOTOS)

The real life financial existence of elite footballers is something we can’t really appreciate. Their lives are, in comparison to ours, gilded. They should never have to worry about money. Few of life’s luxuries should be out of reach for them. That doesn’t equal happiness though; don’t get me wrong, it can make happiness a hell of a lot easier, but it doesn’t mean they will always be happy in their work. We know enough about their lives to know that by now. Playing football is brilliant. I can only imagine being brilliant at playing football is brilliant squared. It being your job is brilliant cubed. But if you’ve made playing football your job the idea you should be entirely subject to its whims reduces you simply to that occupation and to exterior perceptions of it.

To say he’s rubbish, he’s delusional, he’s taking Liverpool for a ride is disrespectful, not simply to him as a footballer but to him as a human on a career path. It demeans him not to respect his decision to expect Liverpool to honour a contract they agreed with him and it demeans him further to reduce his life options to two job offers and call him greedy for not choosing to go to either despite both offering to double his money. The tone of the discussion around Borini reduces all parties – footballers, football journalists and football supporters to judgemental, money-obsessed, nosey parkers, when instead he’s being what he is – a 23 year old lad with a career choice. He might make the right one, he might make the wrong one. Let’s not rush to crucify over what’s a complicated situation. We say we want our footballers to be more human. Here Fabio Borini, semi-incomprehensible tweet and all, is in a very human situation. He isn’t lucky enough to be Falcao, few of us are in our chosen profession, so he has to get on with being Fabio Borini. It isn’t as easy as we make it out to be.