ME AND ROGER HUNT 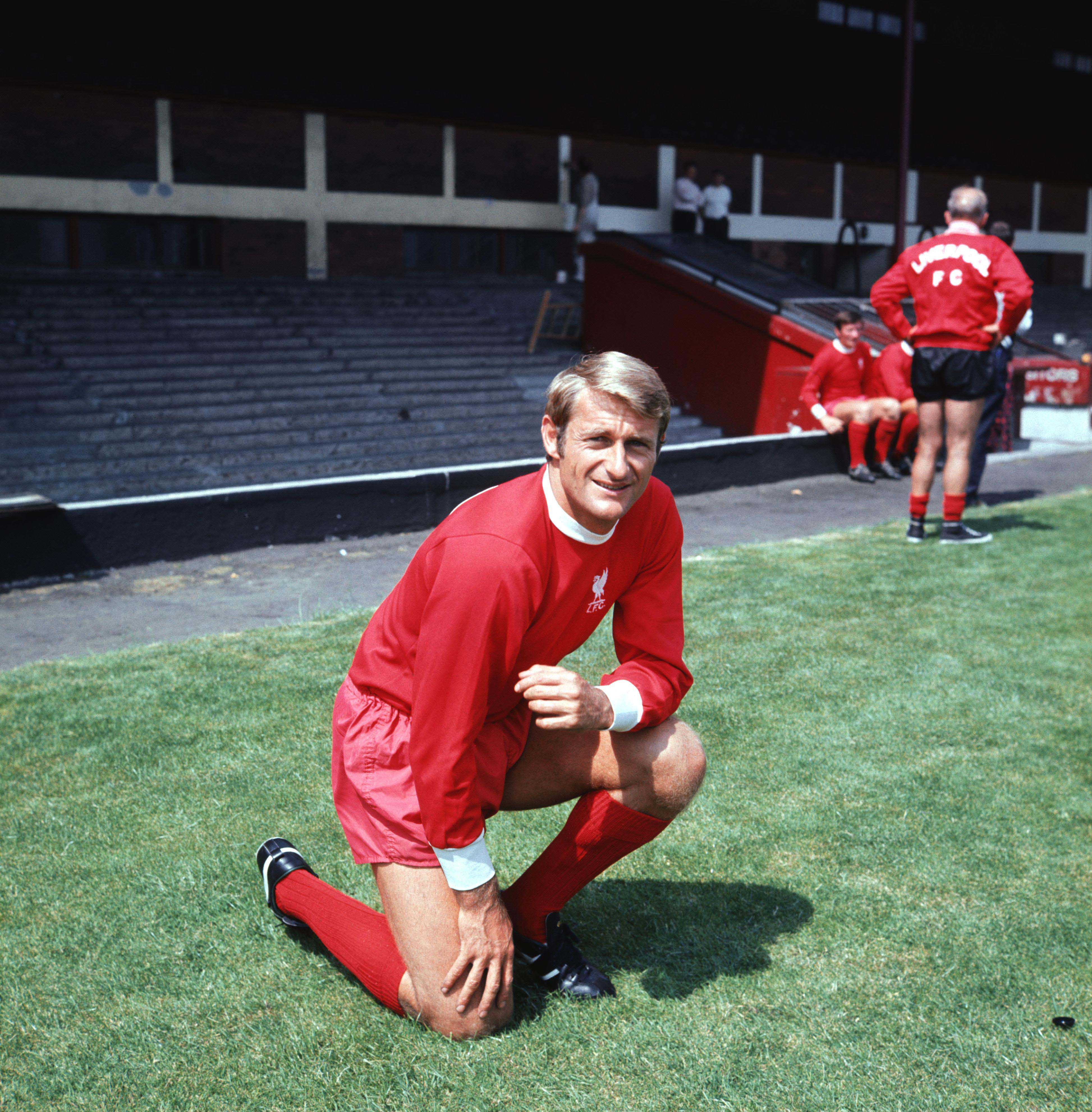 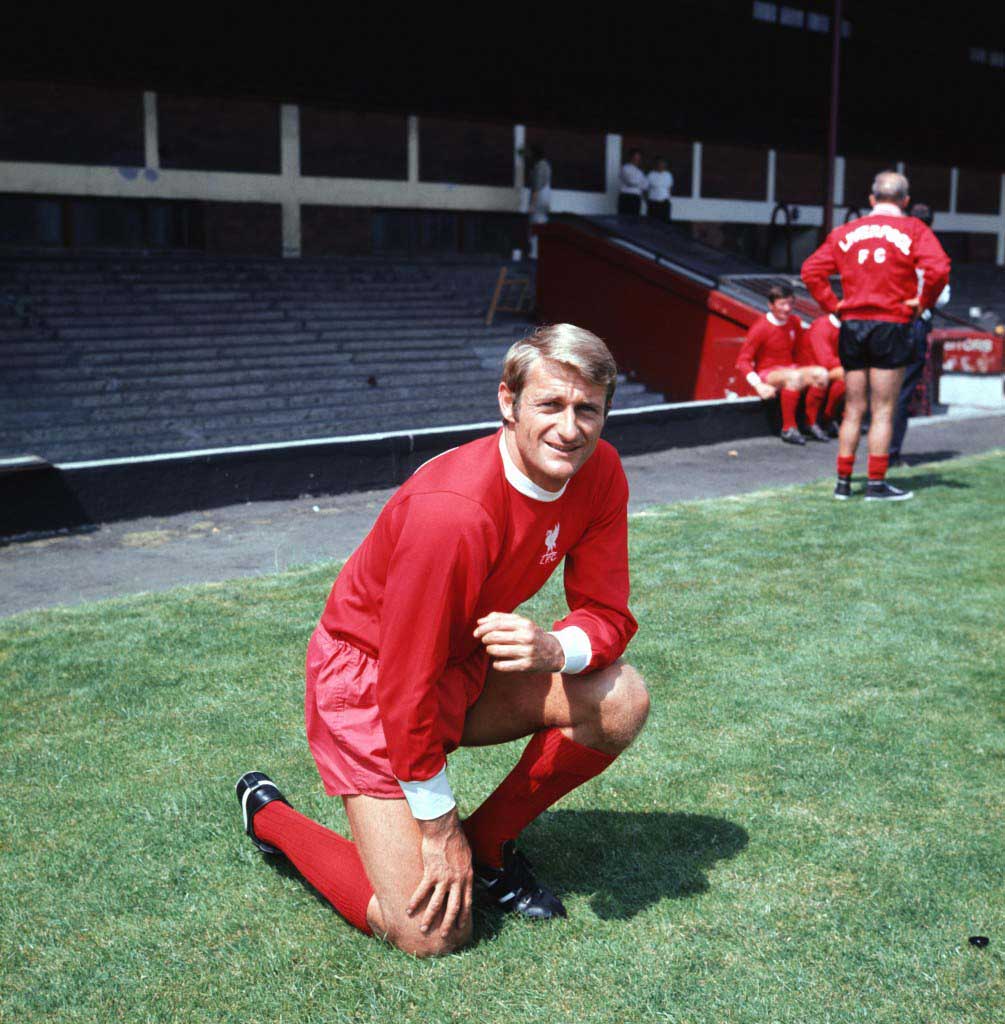 FIFTY-SIX years ago to this day – July 29, 1958 – a bonafide legend signed for Liverpool Football Club. “Sir” Roger Hunt was spotted playing for Stockton Heath in the Mid-Cheshire League by Bill Jones, himself a former Liverpool player, and the grandad of another Red, Rob Jones. Hunt netted 286 goals for LFC in 492 games, scoring in the FA Cup final of 1965 – the first time Liverpool lifted the trophy – and going on to figure in England’s successful World Cup side of 1966.  Hunt, who was Liverpool’s top goalscorer eight years in a row from 1962-1969, eventually saw his goals haul for the Reds surpassed by Ian Rush, although his league tally of 245 remains a club record.

THERE are undoubtedly many footballing reasons to remember May 1980 fondly. Probably a few Liverpool related ones in fairness (checks Google quickly – yep, won the league, obviously won the league, that was what we did. Clemence, Neal, Thompson, Hansen, Cohen, Kennedy, Lee, Souness, McDermott, Johnson, Dalglish. Some team that) but that’s not what we’re here for. That’s not what I’m going to tell you about.

May 1980 was my first foray into the world of work. A weekend job. Thursday night, Friday night, all day Saturday. I’d just inadvertently doomed myself to a quarter of a century of watching every other bugger have weekends. Kwik Save, Walton Vale (for out-of-town readers, that’s not as countrified or genteel a place as it sounds). Two years of learning how to drink, how to survive Saturdays with a hangover, how to avoid the nigh on compulsory Friday night fights.

Thin. Wore glasses. Shy. Middle name: Roderick. That was the next few years of my life. My name was no longer Ian. My name was now, dictated by my embarrassing middle name, Roddy.

My middle name is NOT Roderick.

My middle name, the middle name that I tried to avoid admitting to for a very long time is Roger.

Roger. I grew up in Fazakerley with the middle name Roger. It doesn’t matter how working class I was, doesn’t matter where I came from or how I spoke (overly well spoken for my surroundings if I’m honest, I’ve never really managed a pure Scouse twang – when I try I have a tendency to turn into Ringo Starr) I was the posh kid.

Sixteen in 1980. You can do the maths for yourself. Born ’63. October ’63. The first full flush of the Shankly era. The building of the bastion. Born to a father whose match going dated back to the late 40s. To the Second Division. To the glory of Liddell and the, well, lesser glory of many others. The new-found positivism heading our way meant that his first born was only ever going to be named one way.

My dad changes his story on my first name in a somewhat random manner. I was named after the Saint for the goals he brought and the impact he made as Shanks’ first major signing; the most expensive player the club had ever bought.

My middle name though? No chance of argument. It comes from Roger Hunt. SIR Roger Hunt. Not then obviously. Later. Three years later. When we had to anoint him ourselves because nobody else was going to give him the credit that he deserved. I give you a player that appears five times in the World Cup finals for a team that wins the competition on home soil, scoring three goals in the process. Pretty damn important, yeah? Pretty instrumental? A national hero? 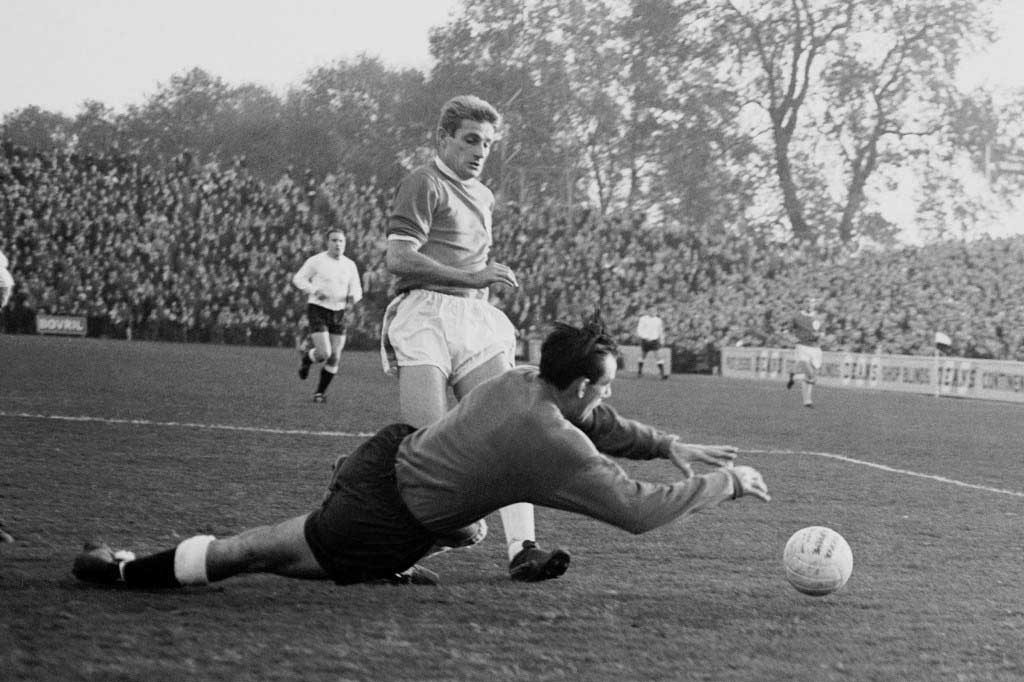 Not with our press. Not Roger Hunt. Hunt was loathed by the Southern based media (I know, odd concept, Liverpool player not getting credit from the Southern media…) for the simple issue of not being Jimmy Greaves. The press loved Greaves, loved the concept of the maverick goal machine, loved the glory and the flash and the flamboyance of his play (and I’ve got nothing against Greaves, obviously a hell of a player). The fact that Ramsay thought he could trust Liverpool’s goal machine more was neither here nor there. Roger Hunt wasn’t Jimmy Greaves and therefore he wasn’t going to get any credit.

And that may well be Hunt’s lot in life; the credit has never really been given. WE know what he did – in theory at least – but outside of Liverpool and Liverpool supporters? The lack of recognition for Hunt is staggering.

It could be the fact that Roger Hunt was never a player who was bought in a blaze of glory. Shankly inherited him. He never had the unveiling and the hype that a St John or a Yeats had. No “take a walk round him, lads, he’s a colossus” for Sir Roger, he just – very quietly – got on with his job of scoring goals. Lots of them. For a decade.

From a 21-year-old scoring on his Liverpool debut against Scunthorpe through netting on 41 occasions in 41 games in the season that saw Liverpool promoted to the (old) First Division. Hold on, let’s say that again shall we? 41 goals in 41 games. A goal a game in the season that put us where we are, where we’ve been since he accomplished that feat. 41 goals in 41 games. Think about it, it’s ridiculous. Five hat tricks in that season. Five. The club’s top scorer for eight seasons in a row.

And, nationally, nobody talks about him. He was spoken of last season in terms of ‘will Suarez and Sturridge equal the Hunt/St. John record’ but not with any real reference to his true greatness. An unfashionable footballer? Too quiet? Not the kind of guy that throws himself into media work? Not wanted by the media still, based on him not being Jimmy Greaves? No sizzle, no flash, just bloody brilliant.

Perhaps even we don’t afford him the full glory he deserves. In 2013 we placed him 15th in the list of ‘100 Players Who Shook The Kop’ – down two places from the previous poll. Now, no disrespect to the players who came above him – players as great as Sami Hypia, Xabi Alonso, Emlyn Hughes, Michael Owen and, errrrrr, Fernando Torres – but we’re talking about a man who started us on this road, who was instrumental in helping us become what we became. Hunt doesn’t score those 41 goals in 41 games, Europe doesn’t happen. We’re talking about our all-time leading league goalscorer – 245 goals in 404 games. That’s stupidly good.

So why isn’t there more recognition? Why isn’t he talked about more? Probably a simple answer – most of us didn’t see enough of him. I’m of an age where I’m fairly convinced that the first game I ever attended was a reserve match featuring both Hunt and St John, but I may have imagined that. If you’re a decade younger than I – and God knows that doesn’t make you exactly young – then neither of these legends played in your lifetime.

What footage can be found on YouTube is, by its nature, old, grainy, from a different age, black and white (apart from that colour clip up there, obvs.), lacks zip, lacks a certain reality. The tatty camera work makes the game look tatty, look slow. We can’t really judge how good he was. We know but we don’t know. Not like we know the modern game, not like we know the stars from the 70s/80s, the players who had the coverage, the multiple camera angles, the replays. The images just aren’t there.

But I’ll tell you one image there definitely is of one of the greatest players ever to pull on the red shirt; somewhere in my Mum and Dad’s house there’s a photo of Roger Hunt, smiling – he’s posing for a photo for a fan. With him in the fading photo is a small child in a buggy of some kind. Me. My father has just told one of the greatest players ever to grace Anfield, a true legend, that the child was partially named after him. He’s just told him that the child was very nearly called Roger Ian.

Roger Ian. I’ve grown to be fine with the middle name, grown to be proud to embrace the heritage behind the fact that I have it, to appreciate the tribute that it pays an all-time great. But Roger Ian? That would have made Fazak Comp a damn sight harder. 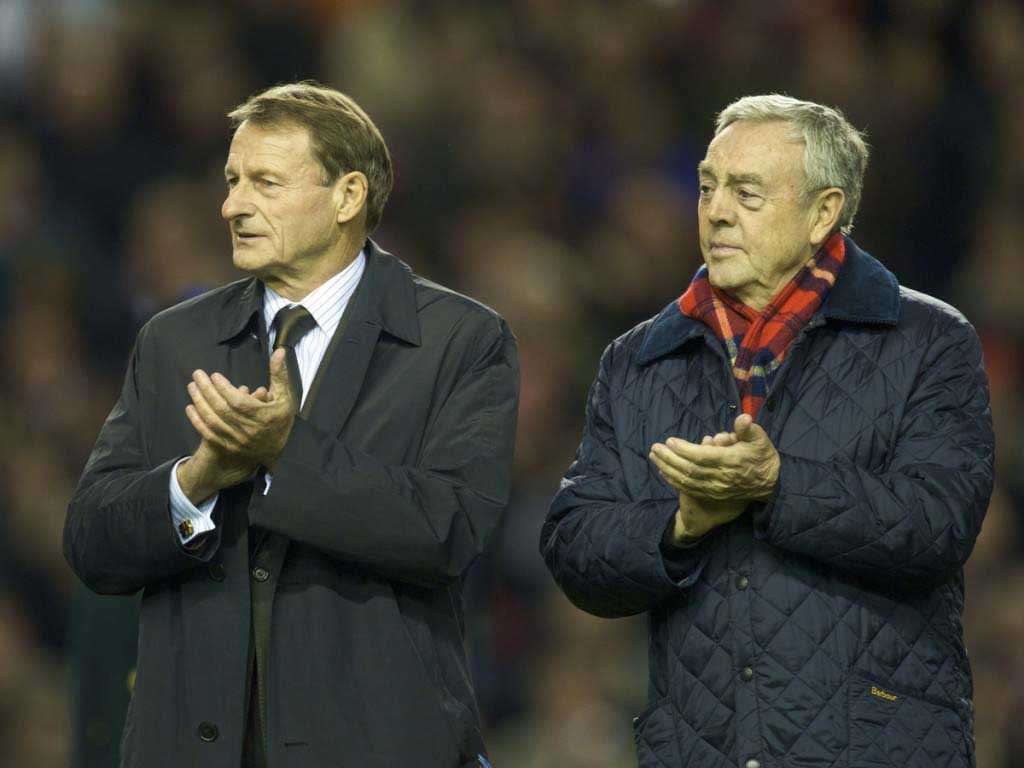 2009: Roger Hunt and Ian St John join the parade of Liverpool legends on the pitch at Anfield to commemorate 50 years since the appointment of Bill Shankly