KENNEDY: STILL A RAY OF SUNSHINE 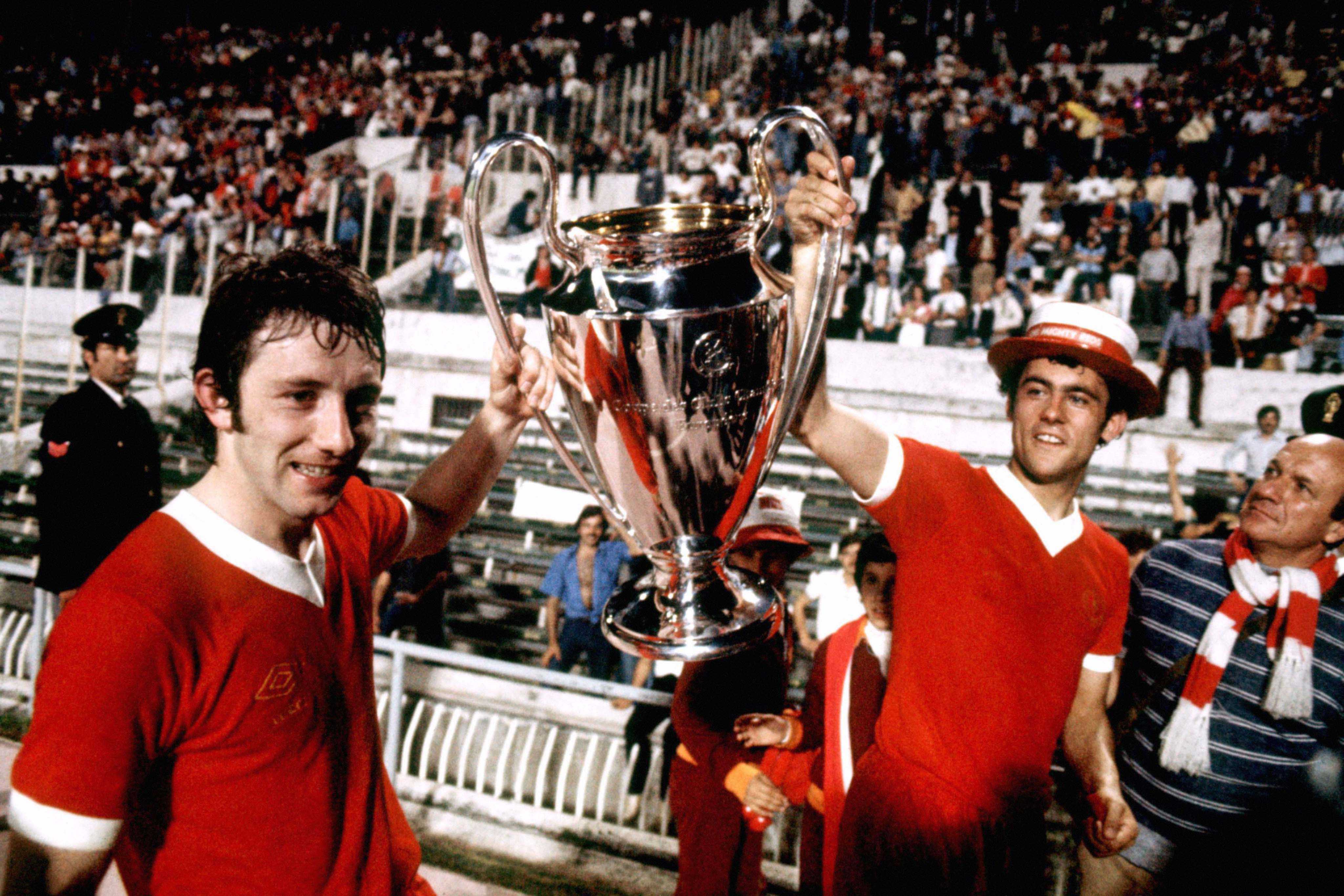 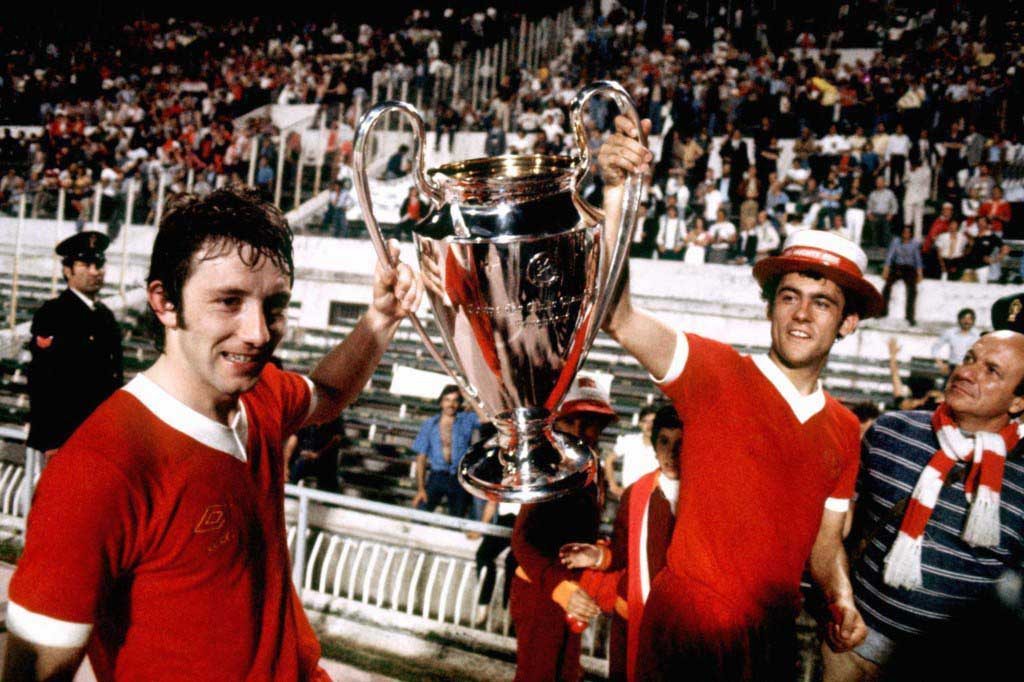 I MIGHT be guilty of over-doing the Ray Kennedy stuff.

There will be mates of mine who are cackling at that sentence. Might be?  I’ll come clean. I’m more than guilty. I never shut up about him.

Growing up, Ray was my favourite player. Kenny came close and Souness wasn’t far behind but Ray topped the chart. Whereas Kenny would leap about like a demented frog when he scored, Ray would simply smile, laugh and applaud. He was much more enigmatic. His talent was never in doubt nor was his significance to that great side but his apparent shyness and understated nature made him more interesting. He was like Clint Eastwood in the westerns. Hidden depths abound. Yes,  he was my hero and I would bore people to tears about him. Still do.

It’s got worse, too. I used to write for Through the Wind and Rain, still in my view the best ever Liverpool fanzine. Given the number of quality writers on there, I’d usually struggle to come up with ideas to fill my slot. One day, I decided to write about Ray.

It was to be a standard piece, focusing on his career,  1977 and 1979, with a bit added on about how I felt in the late 80s when I saw his face on a Parkinson’s Disease poster. It showed a gallery of people who had the disease and there was Ray, sat next to a picture of Terry Thomas. It seemed so unfair.  Thomas was an old man. Ray was in his thirties. How could someone so great, so young, fall to such a cruel and unforgiving illness?

That article would have been fine, but for some reason I got cocky. Since his testimonial in 1991, Ray had more or less become a recluse so little was known of his post-football life. I decided to contact his friend and biographer,  Dr Andrew Lees, to see how Ray was doing now.

An hour later I received a reply.  He couldn’t go into details,  doctor/patient privilege and all that but suffice to say he was battling his illness as he battled everything on the pitch – with a quiet dignity. Dr Lees is also a Red and he too wrote for TTWAR years earlier so we swapped emails for a while. I thanked him for the update and finished the piece.

I had an internal meeting later that day and would have to present various figures to my boss and team. Standing up and talking to a room of people isn’t my strong point so I’d been dreading it for weeks. It transpired that was to be the easy part of the day as, an hour later, Dr Lees emailed me again.

“Spoke to Ray. He’s happy for you to call him if you want to extend your article.”

That was the end of any thoughts about the nerve-wracking meeting. As scary as that might be it came nowhere near to talking on the phone to a man who I’d idolised for decades. I’d got through the meeting okay but my mind was racing about what was to follow.

The interview took three attempts across four days. Exhaustion is one of the symptoms of the disease so we did most of the talking in short batches. Throughout those conversations I tried to hide my nerves. I didn’t come close.

The piece was fine. We got on pretty well so I asked if I could stay in touch with him just to see if he was okay. He agreed. 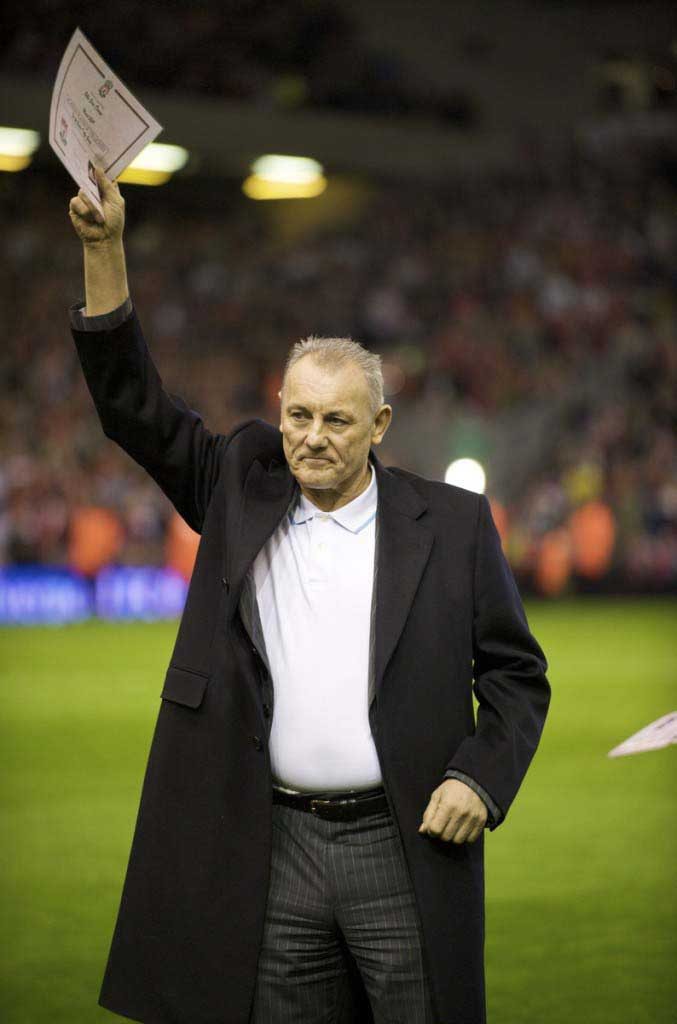 A few years later my mates and I visited him and his son. That first meeting will live with me forever.  It was a mixture of awe and sadness. On one hand I was talking and joking with my hero but on the other we witnessed the obvious effects of his illness. Thirty years of living with the disease had clearly taken its toll. There was nothing wrong with his mental faculties though. He was in good spirits, was sharp and funny and was happy to answer our numerous questions.

Parkinson’s stems from dead nerve cells in the brain. Without them, a chemical called dopamine cannot be formed and  a series of symptoms appears – notably tremors, slurring and a loss of motor function. In the first few years after his diagnosis, Ray would suddenly freeze on the spot and have to rely on strangers to call an ambulance or take him home. His tremors started as far back as his Arsenal days. He recalls one day when he inexplicably couldn’t fasten the buttons on his shirt.  However,  the shaking soon stopped so he dismissed it.

Years later, Dr Lees showed his class of students,  none of whom knew of Ray’s story, a Liverpool game and asked them which of the players showed symptoms. Every single one pointed to our number five.

Parkinson’s is not fatal but there is no known cure. There are, however, some developments in the treatment of the disease. A drug called L-dopa can create concentrates of dopamine in the body and alleviate some of the symptoms. Hence, Ray will have good days and bad days. I can’t begin to imagine what those bad days are like.

In 2009 Ray managed to return to Anfield for the 4-4 Arsenal game. There was every chance that his journey might be aborted at any minute if he was overcome with exhaustion.  His last visit had been in 2004 but he’d had to leave early due to ill health. Because of this we agreed not to risk him coming on to the pitch at half time. He later told me that he was worried that both sets of fans wouldn’t remember him. 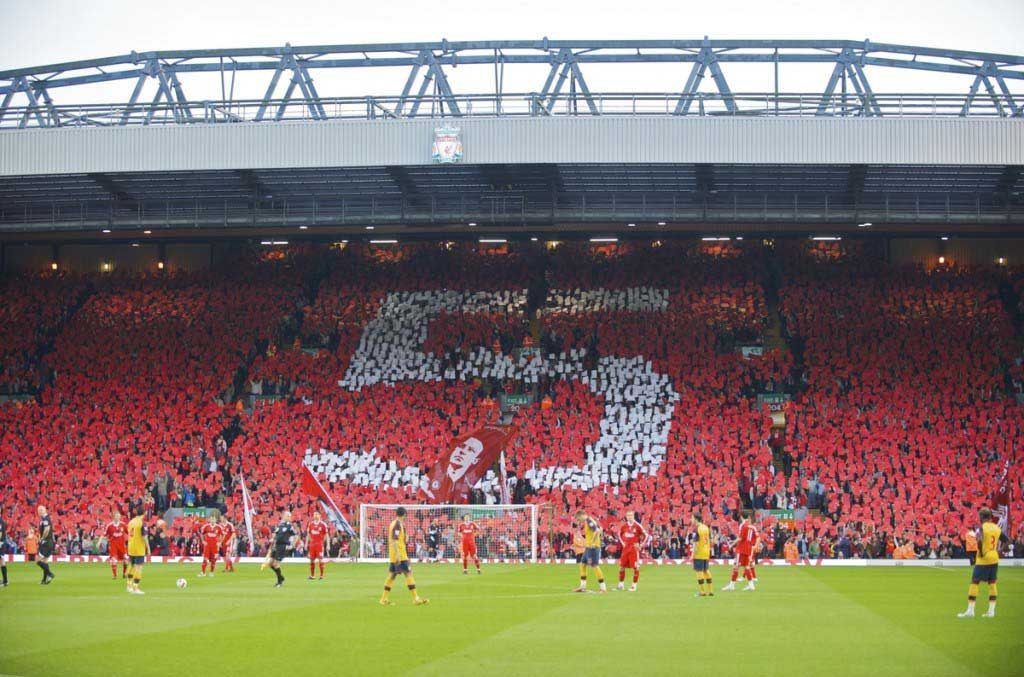 Fat chance of that. He was mobbed the second he got out of the car! When he saw both mosaics – a big red number five at the Kop and a number ten carried by the Arsenal fans – he decided that it was only polite to come out and thank everyone. The next day his daughter told me how that surprised her. “He never leaves the house and then suddenly he’s on the pitch, waving at 40,000 people!”

Today is Ray’s 63rd birthday. He’ll spend it quietly with his family, which is how he prefers to do most things. He still loves the game and watches everything to do with LFC. He’s even retained some of his old skills. On his bad days, he needs a handrail to help him get about. One day his son was guiding him across the room while he held on. He jokingly put his foot in the way to half trip him up. Ray didn’t even look down. He rode the tackle effortlessly. You never lose it.

Ray’s a lot better these days. Over the years he’s had to chop and change his medication but seems much more settled now. I spoke to him in May and he seemed fine, if more than a little disappointed that we didn’t win the League. Liverpool still matters to him.