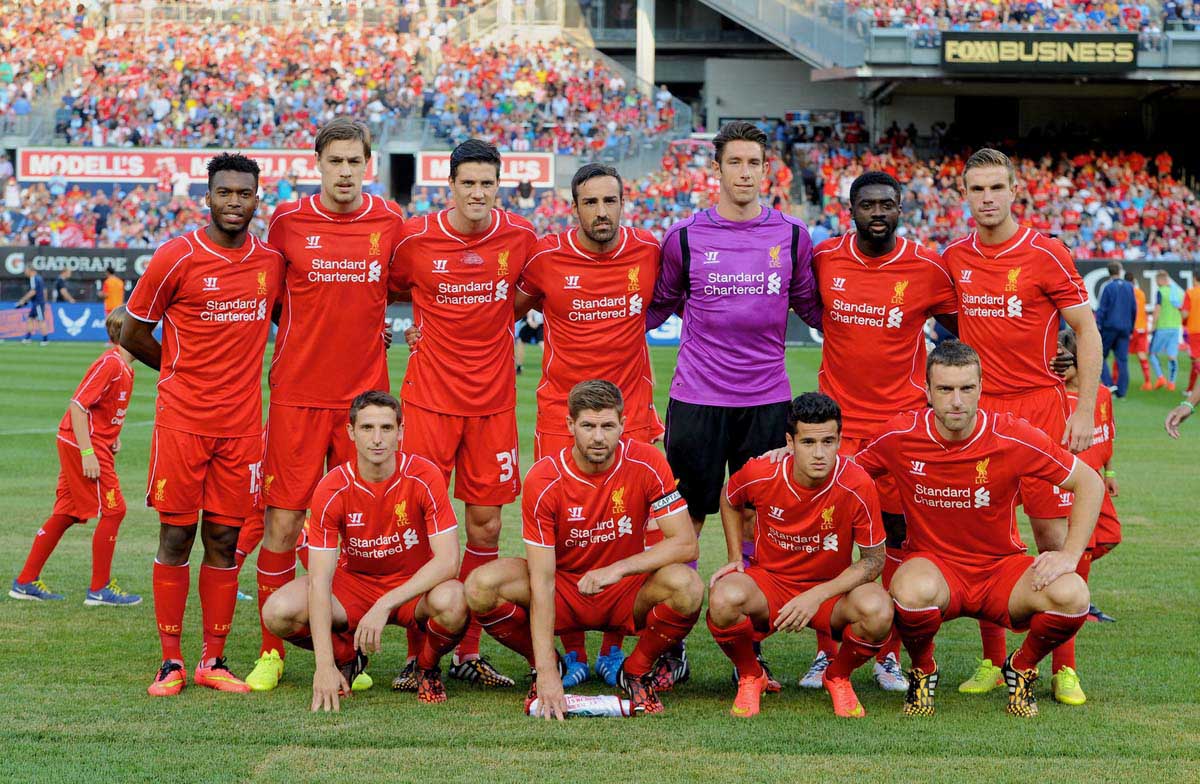 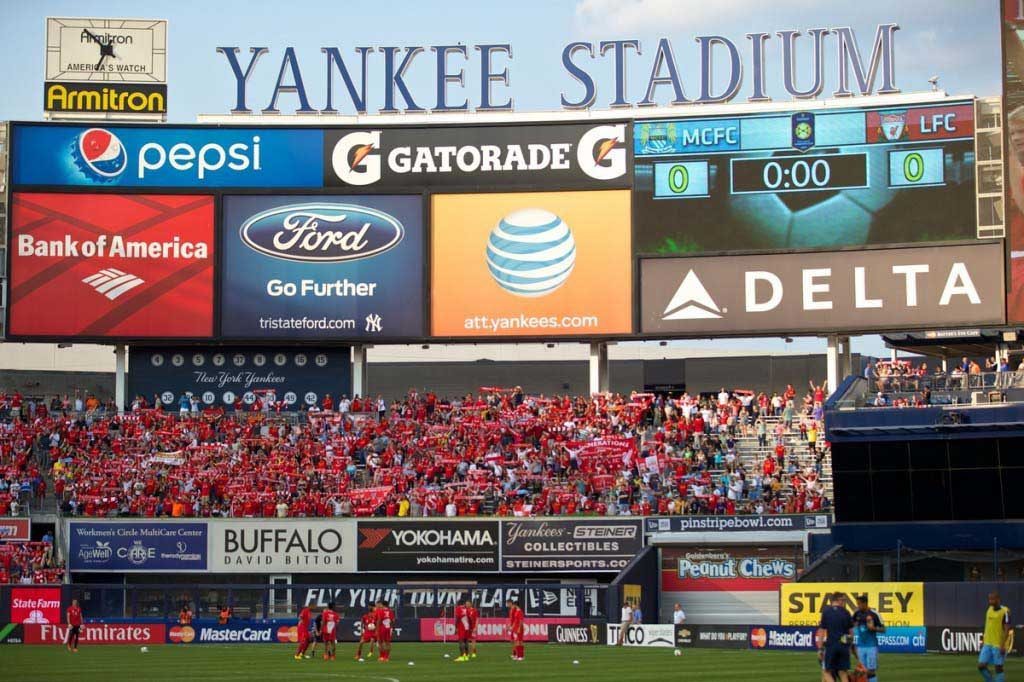 The withdrawal symptoms induced by having not watched the Red men do their thing for two full months reach the point where a pre-season kick about with Preston North End is greeted with the kind of anticipation usually reserved for a game that actually means something.

You’ll take anything at this point.

The pre-season illusion usually survives about 45 minutes of tepid football, played at a pedestrian pace before you remember why you don’t usually bother with friendlies, and take the decision to leave the football until August 17.

This summer had a slightly different feel. With the emotional investment attached to the final few months of last season, and having come so agonisingly close to claiming that coveted league title, the break initially came as something of a relief.

Yet, rejuvenated, and with the World Cup boxed off, focus immediately switched towards the new season, and the pre-season friendlies were the obvious distraction to fill the barren summer days.

How were the new signings going to fit in? How would Rodgers adapt tactically to the loss of Suarez? Which youngster would come to the fore and push for inclusion in the first-team squad? 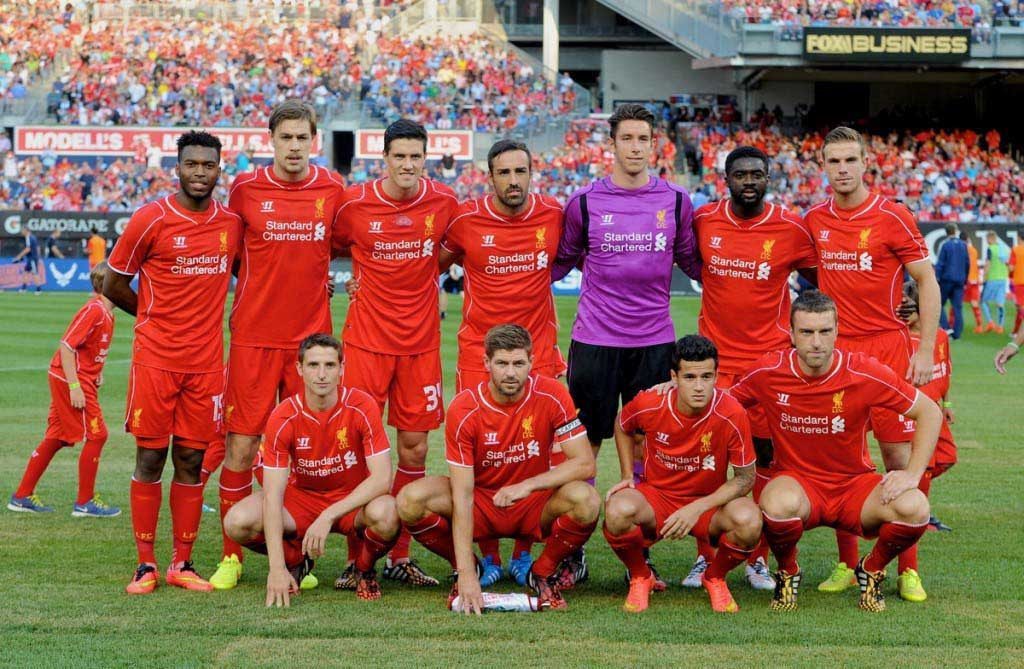 Such is the level of media coverage that it has become virtual impossible to ignore the results, and their possible significance, irrespective of whether you choose to watch the games or not.

In truth, as fans, we generally learn nothing from pre-season games. It’s an opportunity for the manager to experiment in terms of formations and personnel, but you only need recall some of the regular stars of pre-seasons past and present – Brad Jones, Dani Pacheco, Alberto Aquilani and, the pre-season legend himself, Andriy Voronin – to understand that performances in pre-season don’t necessarily translate once the real business gets underway.

Of course, pre-season does serve an important purpose in that the games form a vital part of the squad’s preparations and conditioning for the season ahead, while also giving some of the youngsters and fringe players a chance to impress.

But nowadays pre-season is viewed by Liverpool, like all of the top clubs, as much for its commercial potential as an opportunity to gain fitness and fine-tune preparations for the new season. The commercial baggage is an inevitability, and a necessity, of the modern game. Everybody else is doing it so Liverpool obviously have to follow suit.

The modern pre-season is usually built around a money-spinning tour to Asia or the US, generally followed by the showpiece Anfield curtain raiser. The Austrian training camp seems to be a concept confined to the past. It’s also disappointing that the club tends to find less space in the schedule for fixtures against local lower-league sides – Preston aside – matches which can provide a cash boost for the smaller club. 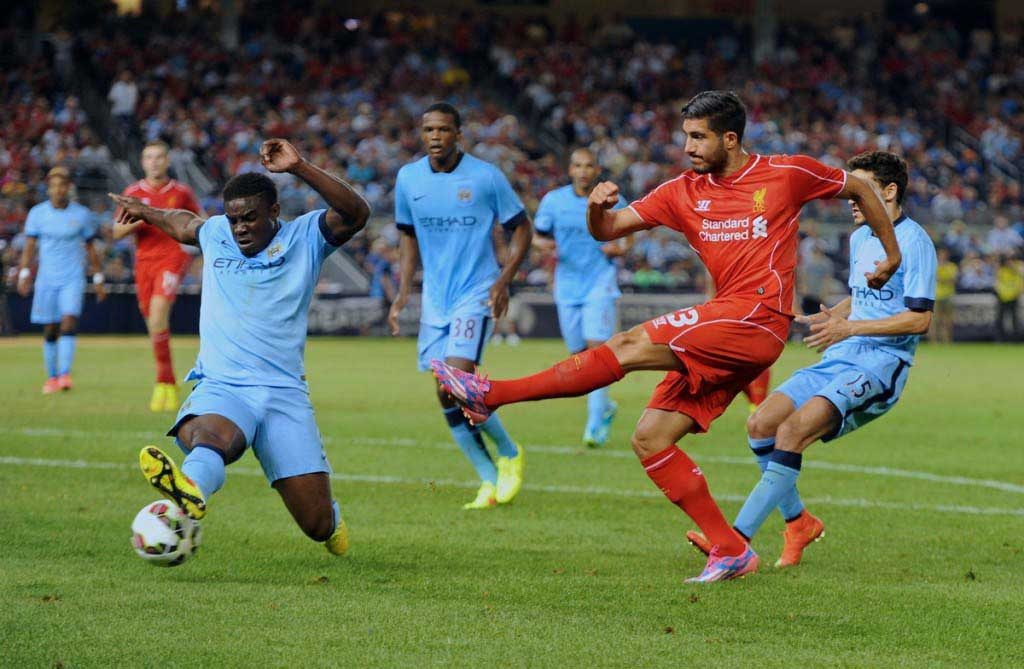 Pre-season is a balance between commercial gain and physical preparation, and generally it is the former that wins out. As an example, the first time Rodgers will be able to train with his full squad at Melwood this summer will be the first week of August – less than a fortnight before the start of the new league season.

Pre-season is one of the few periods during the packed football calendar when the club has the chance to nurture their commercial profile and visit those far-flung LFC outposts. It’s of little surprise, then, that the executives maximise the commercial side of pre-season.

Due to the lack of a competitive element and the endless substitutions, the preparation matches themselves tend to come up short as a spectacle. Yet, nowadays BT Sport, Sky and the rest are queuing up for the rights to screen Liverpool’s friendly matches. And we’ve become accustomed to the sight of thousands of die-hard fans following the team’s every move throughout the now annual tours to far flung corners of the globe.

Last summer’s tour of Asia and Australia woke many of us up to the pure scale and commitment of the support Liverpool enjoys in that part of the world. And this summer’s excursion to the US has again been characterised by the sight of thousands of fans donning red shirts and following the teams every move. 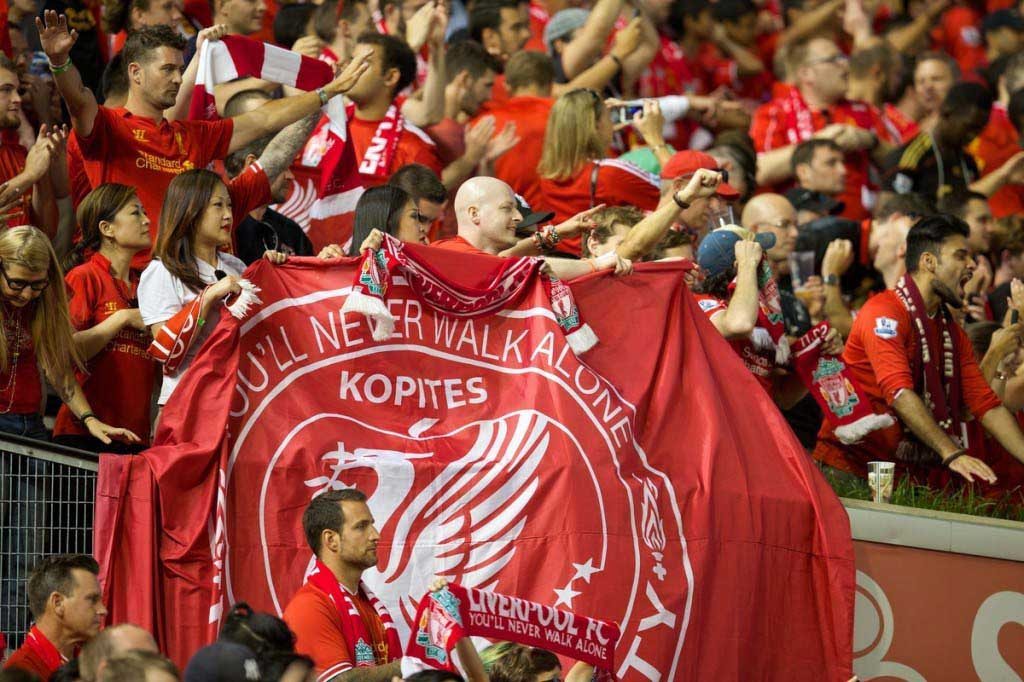 It’s debatable if, and when, the pre-season friendly bubble will eventually burst. Will fans in other parts of the world be content to continue watching the team play largely meaningless and occasionally dull friendly matches every couple of years? Or will they tire of the lack of competition and demand more?

Pre-season tournaments involving some of the big guns of European football – such as the Guinness International Champions Cup in the US, which Liverpool are playing in this summer – could offer something of a halfway house between the meaningless friendly and the genuinely meaningful, competitive fixture.

But they still come up short when compared to the product these fans are staying up late, or waking up early, to watch on the TV every weekend during the season. 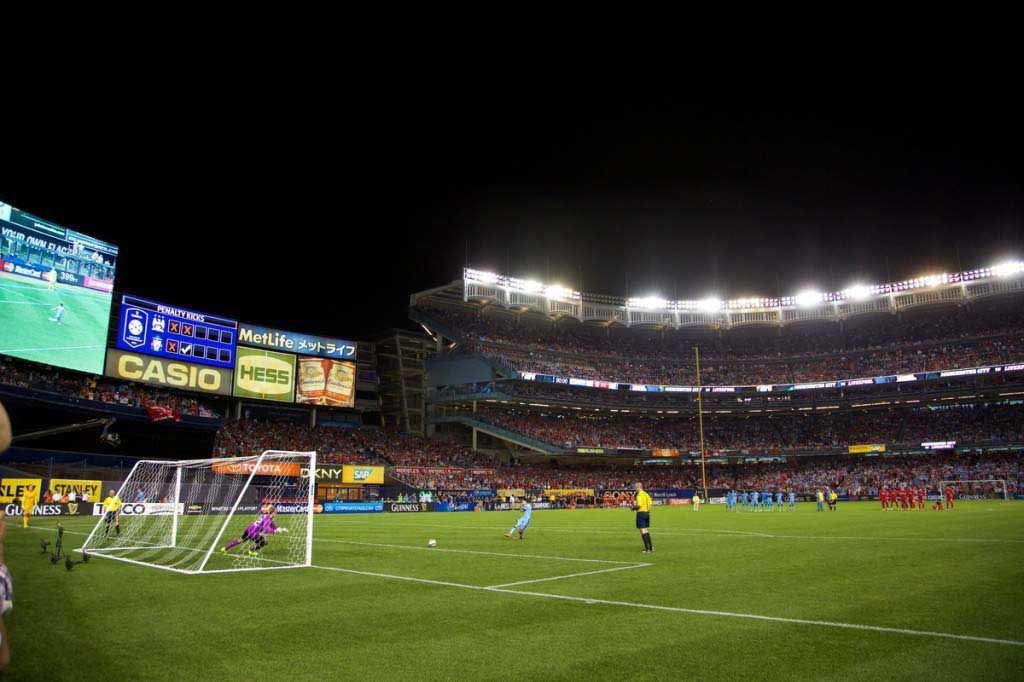 These matches do allow the Reds to test themselves against the best Europe has to offer, albeit in a watered-down context. That in itself could ignite a debate as to whether it is actually preferable to play, let’s say a Scandinavian side, whose season starts a few weeks earlier and could consequently provide a sterner test of fitness and preparedness, while sparing the players the long distance travel.

Recent comments to the media from both Arsene Wenger and Louis Van Gaal in reference to their respective club’s pre-season schedules were telling. Both were critical of the commercial and travel demands imposed on their squads, particularly post-World Cup when preparation time is tight.

Interestingly, Rodgers has been far less vocal in any criticism of Liverpool’s pre-season planning. Something probably motivated more by reluctance to rock the boat, as opposed to any great divergence in opinion to those expressed by Van Gaal and Wenger.

Pre-season tours are not a new concept. But, whereas in the past Ireland and Scandinavia were amongst the destinations of choice, nowadays the top clubs rack up the air miles, and managing jetlag can be as much an issue as fine tuning tactics and fitness. 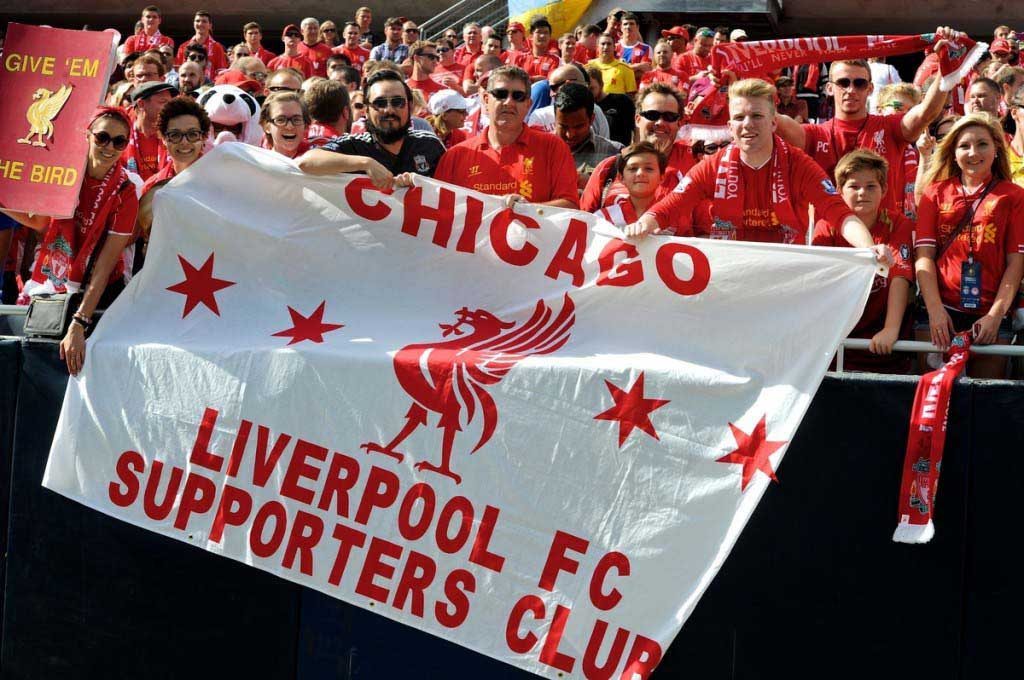 One interesting compromise could be the post-season friendly. Liverpool played a one-off friendly in Dublin at the end of last season, and had originally planned something similar in South Africa 12 months earlier. United and City, among others, have arranged similar post-season games in recent years, while the big two in Spain regularly take advantage of La Liga’s winter ‘break’ to take in lucrative friendlies in the Middle East.

Up until the mid-60s, it was common for the club to organise, often extensive, post-season tours to Europe and North America. Maybe we could see a modern trend towards regular post-season fixtures and tours, especially in years with no international tournaments. That could enable the top clubs to achieve their commercial objectives, while not impinging as much on valuable preparation time.

In the meantime, the commercialisation of pre-season will surely continue apace, and as fans we’ll be left with the dilemma of whether to give into pre-season temptation, or to save ourselves for the real thing.