South Korea (I): How Do You Solve A Problem Like Korea 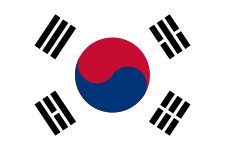 FOR US AND PROBABLY YOU, mentioning South Korea and the World Cup immediately invokes 2002, Guus Hiddink, Ahn Jung-Hwan and suspiciously atrocious refereeing. Unfortunately for us, and probably you, 2002 is now 12 years ago and none of that is particularly relevant anymore, no matter how much it feels like it wasn’t that long ago and you were only 19 at the time and what have you been doing with yourself in the intervening period and where has this small belly come from and why is it getting harder to play football every week like you used to.

Yep, it was ages ago. Sorry.

This is therefore a very different South Korea from the side that thrilled neutrals around the world in 2002. This, in turn, is pretty bad news for us, whose World Cup preparations thus far have resembled those of Scotland in that we’ve seen them play Nigeria at Craven Cottage, are never far from being investigated for something and most people are secretly wondering when exactly we’re going to bugger off.

At least, AT LEAST, Park’s still playing. Thank God for that, otherwise we’d have been proper knackered and really wouldn’t have had a single thing to say about South Korea. Our eyes lit up at the headline ‘Park replaces injured Kim in South Korea World Cup squad’ because at least with Park there’s a back story, a final World Cup finals for a long-serving, consummate professional, a lovely send off for the lad in the home of football.

Only it’s not Park Ji-Sung is it.

It’s Park Joo-Ho, a full back who plays for Mainz. Although he was originally left out of the squad as he had a foot injury, so we’re not sure exactly what coach Hong Myung-Bo is thinking here but we’re pretty convinced it won’t backfire. Particularly not in the same way that picking a young squad that just lost 1-0 to Tunisia in a friendly – as a result, apparently, of defensive AND midfield frailties – might backfire.

If there’s one man who is pretty well equipped to get this South Korean team going though, it’s Hong. A veteran of four World Cups, the captain in 2002 (in which he was named the third best player in the tournament – we KNEW it’d come back to 2002), he was also named in Pele’s top 100 players in the world. Basically he’s one of Asia’s greatest players ever. He assisted Dick Advocaat in 2006, then Pim Verbeek in 2007 (the Korean FA obviously deciding to pursue a Dutch-only policy after Hiddink) and won a bronze medal at the Olympics as head coach of the men’s football team – many of whom have graduated to this World Cup squad.

He’s so good he’s even got this piece going (finally). Wins against Greece and Switzerland showed promise, even if defeat to Russia, who they’ll face in the group stages (with Algeria and Belgiu-zzzz) didn’t. This is South Korea’s eighth consecutive World Cup, which is a pretty mad fact in itself, and they’ve been blessed with a… let’s say ‘relatively weak’ group. A good points haul from their first two games against having-an-appalling-World Cup-specialist Fabio Capello’s Russia and having-an-appalling-World-Cup-specialists Algeria may well see them out of the group.

As far as upsets go, they’ve done it once before in recent enough times, so why not again? Much probably rests on Sunderland’s Ki Sung-Yeung, with the 25-year-old fresh from a very good season in the north-east, and highly rated young Leverkusen striker Son Heung-min, who hit double figures in the league last season (even if it was just the 10).

So, in essence, (gets out little book of football clichés) expect Korea to be well-drilled, energetic and hard to break down. Whether they can get out of the group ahead of the Belgians is up for debate, but with the Russians and Algerians blocking their path, there’s no reason they can’t reach the knockouts.

In conclusion, this piece would have been at least two paragraphs longer if Park Ji-Sung was playing.