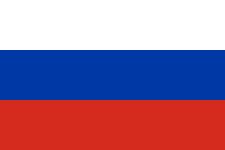 There are those who say I may be asking too much of you here. They would suggest that what follows requires a very niche experience of world literature (link: http://www.gutenberg.org/files/36238/36238-h/36238-h.htm#Page_67) and Panini sticker etiquette and shame. That it requires you to have more than smiled at Woody Allen’s Love and Death and to know who Fabio Capello’s favourite artist is.

I say bugger them. I have every faith in you.

Roy Hodgson (1) – scholar, polyglot and man of the people – slowly wakes up. He stretches and scratches, placing his hands in his night shirt pockets to do the latter (2). His hand brushes against something peculiar, something sharp. He pulls the curious item out and inspects it: it is flat and glossy – larger than a postage stamp but smaller than an envelope. There is a number on the back – 612. He flips it over and is greeted with the impenetrable visage of one Igor Vladimirovich Denisov. The greying, Soviet issue buzz cut, the furrowed brow and deathly dark eyes are unmistakable.

Roy Hodgson panics. His mind races. How has this happened? He’d never intended to bring him home with him, he was sure of that. He had been content with admiring him from afar last night. He had the distinct memory of enjoying this particular unyielding face surrounded by a sea of similarly clad, similarly unmoving Slavic faces. It was like art, he had thought. He distinctly remembered congratulating himself quietly on this astute observation.

The sound of his lady wife calling him down for breakfast temporarily snaps him out of his panic.

His lovely lady wife. She can never know about his activities last night.

His evening had started with an innocent and pure desire to seek out stimulating conversation with like-minded people about the life and works of Machiavelli (3), but had taken a turn for the worse when he met F-.

Roy Hodgson thought quickly. Nobody could ever know he’d been so base, so easily drawn in. This in his pocket was evidence. Evidence that he was just like the rest of them.

He’d just have to get rid. He pulls his frock coat over his nightshirt for decency’s sake and runs down the stairs (4) and out of the door. He heads towards St. Isaac’s Bridge whereby he intends to chuck the offending article into the River Neva and be done with the whole sorry episode.

Head down and hands firmly burrowed away in his frock coat pockets, he goes as quickly and as inconspicuously as he can.

(1) No middle name or patronymic – he insists on just plain Roy Hodgson.
(2) This is the more socially acceptable means of scratching one’s scrotum he believes.
(3) A conversation he had hoped would be conducted entirely in Italian, Norwegian and Finnish.
(4) Two at a time like a much younger man.

Fabio Guerrinovich Capello wakes up. He struggles to peel his eyes open and is not entirely sure where he is at first. He moves his head slightly and is rewarded with a dull thumping from somewhere deep inside his head: the tell-tale sign of an evening spent on the vodka. He feels awful.

The drink had been necessary to get through the evening he reasons. How else was he to have plucked up the courage to follow the purposefully vague directions to the secret meeting place? To go through the nondescript door into the derelict block of flats. His is a predilection which necessitates discretion. It is a hobby which many adults simply do not understand. He and others like him have been forced to whisper in corners, to meet in secret, to talk in code.

A sudden feeling of dread envelopes him. He has remembered.

He immediately scrambles amongst his rumpled clothes in search of his prized possession. He snatches at the brightly-coloured folio and finds where he needs to be.

Oh no. Igor Vladimirovich Denisov is gone. There is an empty, red, sore space next to Roman Shirokov which had been occupied only the night before. What was once complete is now ugly, asymmetrical.

He cannot bear the horror of the empty space. He is incomplete, a failure where last night he had triumphed by securing the stragglers for his teams. Only last night had he possessed all 640!

He must find number 612. He hurriedly dresses himself and flies out of the door of his St. Petersburg apartment.

Fabio Guerrinovich thinks hard. If he were Igor Vladimirovich where would he go? He wanders the streets without direction while he ponders. Up the bustling Nevsky Prospekt towards the beautiful Smolny convent he goes. He swings by the Petrovsky stadium, home of Zenit St. Petersburg, on the off chance that Igor Vladimirovich felt he had unfinished business with coach Vladislav Nikolayevich Radimov (5) and that’s why he had upped sticks. Nothing. He stops by the State Russian Museum’s Kandinsky exhibit just in case some of those long conversations on the team bus about the abstract beauty of the Muscovite’s work had sunk in with the midfielder. Nichts.

Fabio Guerrinovich is at his wits end. He is so deep in his misery he doesn’t notice the carriage pulling up just as he steps foot onto the road outside the museum. He barely has time to jump out of the way as the doors fly open and out glides the 2D wonder that is his number 612. He is a flat, shiny giant – easily over 7ft. Fabio Guerrinovich is flabbergasted.

It is his number 612 for sure but something is different. Instead of the proud crimson of the Russian team kit, Igor Vladimirovich is suited. It is the work of a fine Italian tailor – bespoke work. It is a manager’s suit, Fabio Guerrinovich realises.

He tries to reason with the colossal, walking advert as Igor Vladimirovich storms past him down the street. Fabio Guerrinovich points out that he’s part of a team, not an individual and that collective relies on him resuming his rightful place beside them. He stammers as he begs, not entirely sure what mischief is unfolding before his very eyes. Igor Vladimirovich simply speeds up in response and mutters something about being “a person in his own right” before disappearing into the crowd.

Fabio Guerrinovich is left bereft and confounded. He is very upset by what just transpired. Not only is he a man down, but that public altercation has outed him as one of them… a collector. It is all too much to bear.

In the middle of the busy street he pulls his phone out of his pocket and does the last thing he can think of: he posts an advert on Twitter succinctly describing the situation accompanied by the hash tag #gotgotneed. Dejected and despondent, he wanders home and gets straight into bed, intent on forgetting the whole sorry episode.

(5) Denisov was reportedly involved in a “training ground bust-up” with then Zenit coach Radimov in 2010 which would have resulted in Denisov physically attacking the coach had team mates not intervened. It was one of several controversies Denisov went through during his time at Zenit. In 2012 he was banished to the youth team for an “indefinite period of time” due to his behaviour on and off the pitch.

Mid-afternoon Fabio Guerrinovich is woken by a persistent knocking on the front door. Reluctantly he drags himself out of bed and down the stairs to answer. It is a policeman who starts to explain that he understands from Twitter that he has something that belongs to him. He tells the tale of being on St. Isaac’s Bridge earlier that day and witnessing a listless man in a frock coat over a nightshirt acting suspiciously. Long story short he had caught him – later identified as one Roy Hodgson – trying to dispose of number 612 into the River Neva and had intervened.

The policeman held out his hand to Fabio Guerrinovich palm-side up, brandishing the missing Igor Vladimirovich Denisov who was back in the Russian kit and was normal size.

Fabio Guerrinovich snatched it up and thanked the policeman profusely. He rushed up the stairs to find the book and Igor Vladimirovich’s rightful place alongside his brothers. He ripped his back off, stuck him down and then quickly closed the book.

As he stared at the closed book, watching it intently for any signs of movement, one thing still bothered him. He couldn’t be sure whether his number 612 had had anything to do with the disappearance, or whether the blame could be entirely laid at the feet of Roy Hodgson. He couldn’t shake the memory of the midfielder out of kit and in a suit… in his suit. He couldn’t take any chances so found the biggest tome he could and plonked it on top of the book.

Over the next week he checked his masterpiece obsessively, checking nothing had changed and nobody had upped and left. Nobody did.

Whatever you may say, these things do happen – rarely, I admit, but if you think about it, it’s entirely possible that the Panini version of Igor Denisov removed itself from the book, self-animated, grew a great deal and wandered around St. Petersburg whilst being frantically chased by Fabio Capello. Anything is possible. After all, it’s only football.