HONDURAS (I): A PIECE OF TWO HALVES 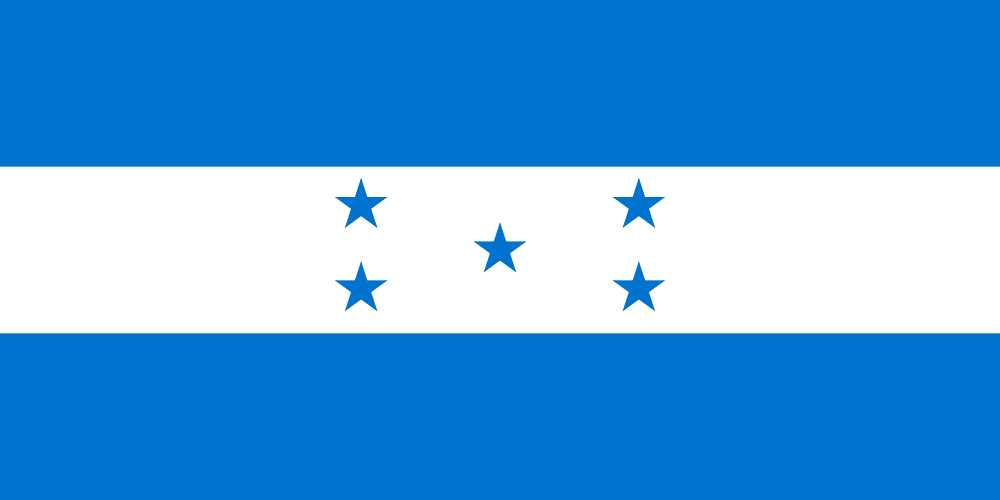 [A NOTE. For reasons that will soon become apparent, you are essentially reading two pieces here. Everything outside square brackets was written before France beat Honduras 3-0; everything inside after.]

Some facts about Honduras. It has a population of around 8.6 million people. This trip to Brazil will only be their third World Cup, they have a FIFA ranking of 33, and their squad contains not one but two players from Wigan Athletic. They are, in short, and as these things go, a fairly small footballing nation.

[Nothing much to argue about there.]

So if somebody told you that Honduras had never won a game at the World Cup, which they might do in a moment, then you’d be forgiven for assuming the usual. The tournament of the small nation runs in more-or-less this order: an encouraging point nicked against somebody half-decent; a gale of laughter from the BBC’s pundits about the notion of research; a loss against somebody fairly rubbish; a comedy red card; a tonking at the hands of Germany; then home. Sam Allardyce then buys one of their defenders. It doesn’t really work out.

But that would be unfair and inaccurate. Honduras may have never won a game at the World Cup — see, told you — but they have never once been taken apart.

Spain, 1982. The tournament that gave the world Naranjito, the finest mascot of all time, also delivered Honduras of a difficult group. Alongside them in Group 5 were hosts Spain, spearheaded by the brilliant, bonkers Juanito, Yugoslavia, and Northern Ireland. And while Martin O’Neill, Norman Whiteside and Gerry Armstrong ended up being the proper story from the group, the giant-bothering tone was set by the Hondurans in the opening game, when they lined up against the hosts and had the temerity to take the lead after 6 minutes.

[This is back when Spain were proper Spain, which is to say super-talented but always, always crap when it came to actually doing anything at a tournament. It’s good to see that the current lot have travelled to South Africa determined to respect their proud lineage of underwhelmism.]

It’s not the best goal in the history of the World Cup, relying as it does on more than a little dubious goalkeeping, but it’s an absolute pleasure to see a goal scored via a genuine hand-off to the chest. Now there’s something football should take from rugby. Forget being polite to referees and eye-gouging; we want hand-offs. Proper hand-offs. Put the defender down. Down on the ground. Spain equalised from a second-half penalty but the tone was set: Honduras, despite a largely unheralded squad drawn mostly from their domestic league, were literally the opposite of pushovers.

[Some belting names tucked away in that 1982 Honduras squad. Roberto Bailey is a nice juxtaposition of old world and new, as is Gilberto Yearwood. Best of all was the back-up goalkeeper: Jimmy Steward.]

This is not to say that they were any good, mind. Their next game was another 1-1 draw, against Northern Ireland, though this time it was their turn to come from behind. Then came Yugoslavia. Though they came close to nicking another draw — one report includes the telling phrase “clung on desperately” — they eventually succumbed to another penalty in the 88th minute. And out they went: three goals conceded, two from penalties; just the two scored. Dignified inadequacy.

[A suggestion: the line between a heavy beating and a proper thumping lies somewhere between the third and the fourth goal. That’s the division between being handily defeated, and being taken to pieces, jumped upon, and set fire to. Think about it: when Newcastle came back from four down to draw with Arsenal, it was so outrageous that plenty of north London types lost their heads altogether and started bleating about match-fixing. Yet a team coming back from three down is, while still unlikely, something that happens at least once every season …]

They didn’t return until 2010, when they were less inconvenient to the teams around them (albeit more inconvenient to the watching neutral). Uninspired losses to Chile (0-1) and Spain (0-2) preceded a 0-0 draw with Switzerland, which was beaten only to the position of Worst Game of South Africa by England’s 0-0 horrorshow against Algeria. At least the Hondurans didn’t have to cope with the indignity of a bird nesting in one of the goalnets. But again, with 1 point and with no wins, the Hondurans were going home, unmemorable but unthumped.

[Your correspondent, by the by, has tickets to this year’s hotly-anticipated Honduras-Switzerland rematch, and could not be more excited.]

Naturally, they’ve some mildly diverting trivia to contribute as well. Their 2010 squad contained three brothers, Messrs Palacios, Palacios and Palacios, one of whom you’ll know from his Tottenham and Stoke adventures. And their national anthem, Himno Nacional de Honduras, is a jaunty little number that sounds, a touch oddly, like an argument between two different types of music. It starts with a fairly standard exercise in patriotic trumpet-based pomp, before interrupting itself with a kind of muted, slightly passive-aggressive breakdown, then lurching back and forth between the two. At least, it does when there aren’t any footballers singing it.

But even if they don’t get the win they’re chasing, and even if their proud record of never once being hammered gets taken apart by a really quite exciting-looking France team, they can still go home with their heads held high. For theirs is the glory of having a shirt with a giant H instead of a crest.

[“Even if …” It was nailed on from the moment somebody stupid thought ‘I know, I’ll do a piece about how Honduras never get battered’.]

“Okay folks, we need a badge. Throw some ideas at me. I’ll just write HONDURAS on the flip-chart here.”