Ecuador (I): I Wanna Be Ecuadored 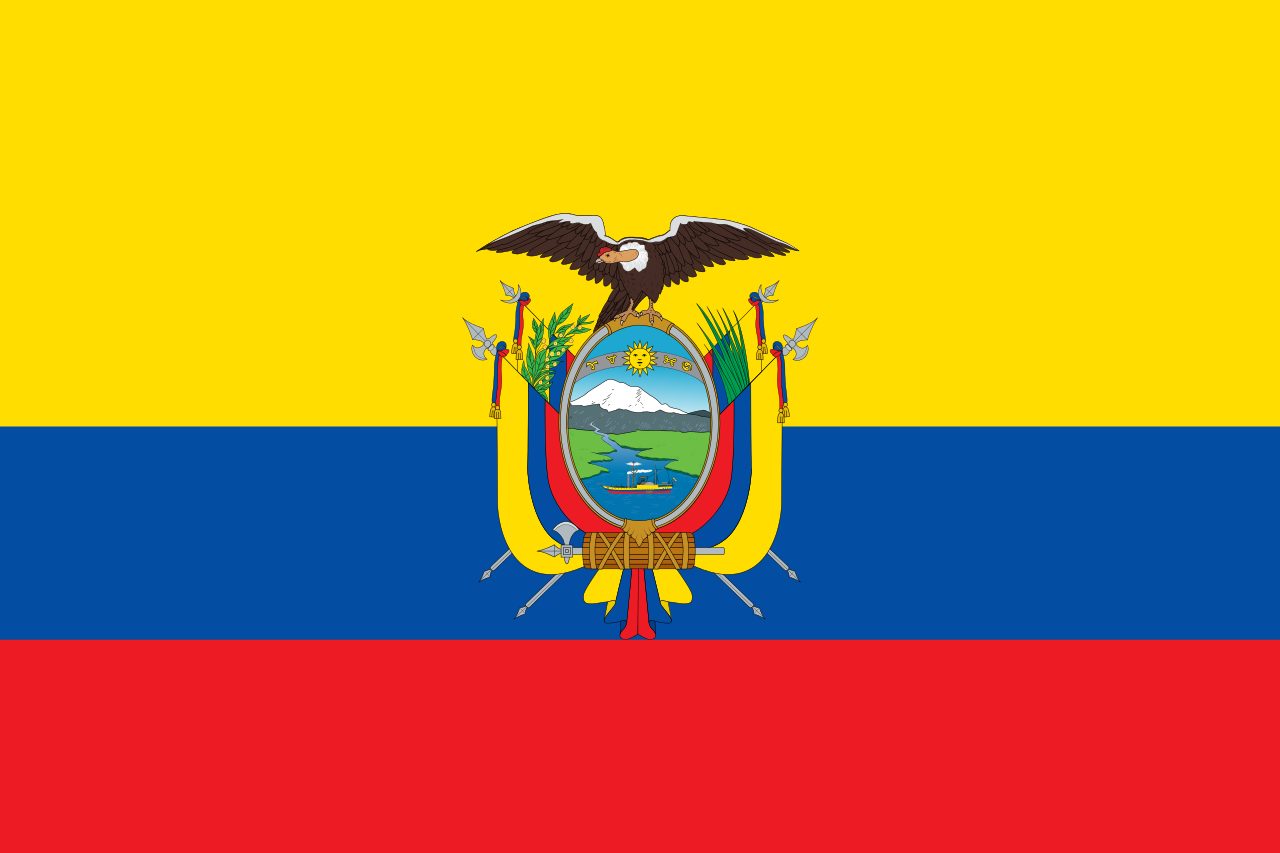 AH YES. ECUADOR. Jewel of the Andes. Home of the banana. A land steeped in history and natural splendour. With its mountains and its music and its extensive collection of luxury tortoises. And its bananas. Did I already mention its bananas? Push on, I doubt anyone noticed.

A huge co-incidence, I know, but Ecuador is also, and has been for several days now, my spiritual home.

I mean, it’s not as if I’ve actually been there. I’ve barely given the place a moment’s thought if I’m being honest. But, burning just below the surface, like a distant star in a forgotten sky, I’m fairly sure there’s an unbreakable bond, a special kinship that ties us inextricably together.

It’s like this. Way back in the mists of time, when punitive tuition fees were but a glint in an idiot’s eye, I was a student. One day, in an attempt to assert my individuality via the medium of pretentious headwear, I purchased a hat from the ‘Shared Earth’ shop. It was, to my eyes at least, a beauty. Black felt, with an upturned brim and an assuredly rounded aspect, much like something that might be worn by a Charlie Chaplin impersonator with a less than rigorous approach to sartorial precision.

I wore it around the campus and wore it to lectures. I wore it in the bar and when visiting the library. It gave me a sense of verve and focus. I felt like The Man, the big cheese. I felt like Sting in ‘Quadrophenia.’
I looked a bit of a dick.

Anyway, my hat, my pride and joy, the Red Rum of the chapeau circuit, was no ordinary hat. For it was an Ecuadorian hat, and therefore the best of all the hats. And since that time, many years ago, I’m almost certain I’ve felt an affinity with all things Ecuadorian, with their tortoises, their bananas, their South American-ness, their hats. And, of course, their football.

It is therefore fair to say that, to all intents and purposes, I consider myself a child of Ecuador. Just like Shakira.

Which makes this task something of a labour of love. Or at the very least, a labour of drunken attraction, when all the other countries have already copped off or are crying in the toilets with their mates about the failings of global capitalism or border controls or something. So, without too much further ado (like that’d ever happen), permit me to regale you with my forensic knowledge of all things Ecuador.

To be honest, the best thing about being assigned to write about Ecuador is that you’re not likely to be pulled up on anything. I could say that Ecuador has the highest number of Shed Seven tribute bands per capita in the southern hemisphere, or that Ecuadorians don’t believe in clouds. Who’s to say that I’m wrong? But of course, that would be beneath me. And, more importantly, it tells you little about my adopted nation’s World Cup prospects.

You know that Uruguay team that we’re all expecting to upset Roy Hodgson’s malodorous apple-cart? The one with Suarez and Cavani and Godin and Forlan? Yes? Ecuador finished above them in the World Cup qualifiers. [Note to self: ‘Roy Hodgson’s Malodorous Applecart’ to be title of next concept album. Brian Eno on bongos.]

Alright, it might be argued that qualification was dependent on an imperious home record – seven wins and a draw from eight matches. And that this in turn was a direct result of geographical factors handing them a huge advantage, given that the home stadium, in Quito, sits nearly 10,000 feet above sea level, leaving opponents gasping for breath like Eric Pickles on a treadmill. And that they took just three points from their eight away games. But such arguments would be the work of churlish and mischievous minds.

The truth is that Ecuador aren’t a bad team. The trouble is that they aren’t what you might call a good team, either. Let’s be honest, when the bulk of a nation’s hopes rest on the shoulders of Antonio Valencia, it might be a good time to reconsider exactly what the concept of hope is meant to entail.

And therein lies Ecuador’s problem. A dearth of genuine quality.

The main attacking threat comes from Felipe Caicedo, famous mainly for an unremarkable stint at Manchester City. The tragic death of Christian Benitez last year robbed the team of a focal point and, more significantly, someone capable of putting the ball in the net. His loss is keenly felt.

Tactically, La Tri (*a million extra credibility points for brazen nickname dropping*) are over-reliant on swift counter-attacks and speed on the flanks. Which would be a legitimate strategy if they had a defence capable of providing the foundation on which a predominantly counter-attacking team must rely. The evidence suggests they don’t.

In the last year or so, they’ve conceded four against Germany, gone three down to Australia by half time and, just last week, shipped another three against an unconvincing Mexico. On the positive side, they have also beaten Uruguay, twice held Argentina, drawn with Holland and staged a second half comeback to record a hysterical 4-3 win in the aforementioned tussle with the Aussies. Make of that what you will.

On Wednesday, Ecuador play England in their final warm-up match before the World Cup starts. Expect them to cause Hodgson’s team problems out wide, a parade of exotic wingers enraging the ornithological fun sponge by wiggling suggestively throughout ‘God Save The Queen’, but struggle to cope with England’s set-pieces, particularly if Gerrard is in a ‘first-10 minutes-of-Arsenal-at-home’ frame of mind. And that may be the template for their tournament as a whole.

In reality, the lack of a secure defence is likely to prove costly. But there could be a few thrills along the way. The first game, against a perennially underwhelming Switzerland is the key. A good result there and qualification for the second stage is a real possibility. Lose and they might as well pack their hand-stitched, Aztec-print duffle bags.

Will I be putting any of my hypothetically hard-earned Ecuadorian centavos on them? I don’t think so.

Should you? I don’t know. Stop asking me stuff. Who am I? Eddie Ecuador?

Suffice to say that they could be worth keeping an eye on. And with a fair wind, and a rush and a push, a corner of Brazilian land could be theirs. Or they could crash and burn like a horrible firework.

Oh, and the hat? The initial buzz wore off and I binned it.

Turned out it was Colombian anyway.

There’s a moral there somewhere. Buggered if I know what it is though.

[With thanks to my American correspondent @JackieHTreehorn for regular and incisive updates on the Mexico – Ecuador game.]