Bosnia and Herzegovina (I): Football With Limits 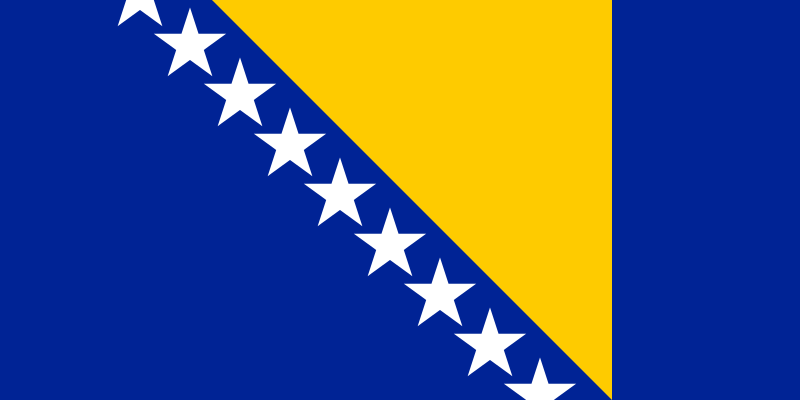 OKAY, FIRST THINGS FIRST: I know very little about football. The actual game. The actual players. I mean it. I pick up a bit here and there about Liverpool. It’s hard not to, living with Martin Fitzgerald and watching Kop Kids on LFCTV at tea-time (I know, he’s a very lucky man). So, it kind of goes without saying that I know even less about football in Bosnia and Herzegovina. I didn’t even know that one of their team plays for Manchester City. Edin Džeko. Liverpool fans know all about him, don’t they?

I found that out by doing a little bit of googling, an enterprise that also taught me that the Bosnia and Herzegovina national players are known as the Dragons back home. I’m chuffed about that. Apparently, they play a weak defense, which, as far as I can tell, means they hope their strikers will just bang the ball into the back of the net as much as possible. Watch out for this. These Dragons have fire.

I also learnt that The Telegraph was none too impressed with the Dragon’s kit. They didn’t see much heat in it, likening it to ‘Sunday league gear’ and awarding it a measly 1/5 for ‘sports style’. That’s a shame. ADIDAS, you dropped the ball, they deserved something special for their World Cup debut! On the up side, I saw a few pictures of this team and they are strapping lads. Seriously, have a look.

Beyond this, everything else I came across was just a mind-numbing rotation of fixtures, results, and performance indicators, all of which left my head the instant I clicked onto another page. But that’s not what fascinates me about football anyhow. It’s off-pitch the game gets interesting for me.

It’s hard to talk about Bosnia and Herzegovina and not mention the Balkans War in the 1990s. Bosnia and Herzegovina had been part of Yugoslavia, along with Croatia, Macedonia, Montenegro, Serbia, and Slovenia, and were held together in federation by the charismatic leadership of Marshal Tito. After Tito’s death in 1980, as privatization and market rule replaced state socialism in the region, the Yugoslav federation failed to hold and ethno-nationalism and separatist politics rose to fill the political vacuum. Multi-ethnic Bosnia and Herzegovina crumbled as internal and external interests vied to carve up the territory along ethnic lines.

I have photos of my Dad from the 1960s, standing by a swimming pool, trim in his high-waisted trunks, on holiday with his mates in Yugoslavia. It’s difficult to reconcile this image with those that then flashed across the TV in the 1990s, when war ripped apart communities and families, and the world stood by for too long, allowing ethnic cleansing to continue through the mass systematized rape of women and girls and the massacre of thousands of men and boys at Srebrenica.

The war formally ended in 1995 when the Bosniaks, Bosnian Serbs and Bosnian Croats agreed to an uneasy resolution at talks in Dayton, Ohio. It was the Dayton agreement that paved the way for FIFA recognition of the Bosnia and Herzegovina national team.

It’s not surprising given this not so distant past that Bosnia and Herzegovina’s qualification for the 2014 World Cup carries some serious symbolic significance. You don’t have to look too far to find someone all too ready to proclaim that the success of the team in international football is somehow indicative of the possibilities for Bosnia and Herzegovina as a country.

If only everyone would just get along.

It’s an attractive sentiment but it’s all a little bit too liberal for me. When Dayton was signed, the West was in a fully congratulatory mood. The Soviet Union had collapsed and communism, and the ideologies that supported it, were thoroughly discredited on the world stage. Francis Fukuyama wrote a book proclaiming the ‘end of history’, assigning major ideological difference and barbaric nationalisms to the past. This was pre-9/11. At the time, the future was still all happy liberal capitalist democracies. There’s much less of this triumphalism around today, but the FIFA World Cup is similarly liberal minded.

So, can the FIFA World Cup do what Dayton didn’t? Well yes, and no. FIFA imposed a process of normalisation on football in Bosnia and Herzegovina to remove corruption and sectarian politics from within the game’s governing structures. No doubt this helped focus on talent and training.

I’m assuming there’s a degree of harmony in the dressing room and on the pitch. I can’t imagine the Bosnia and Herzegovina team would have been successful in international football if this wasn’t the case. How much of this is down to FIFA normalisation though, I’d have to question.

22 of the 23 players selected for Brazil play for clubs outside Bosnia and Herzegovina. Remember Edin Džeko? These young players, born in those times of violence and rupture, more than half raised abroad as children of refugees, now live the privileged lives of international footballers. I’m not for a minute suggesting this means they care less for their homeland; just that diasporas have a knack for finding their common ground.

Ed Vulliamy, writing in the Observer this weekend, seems optimistic about the unitary potential for Bosnia and Herzegovina, of having a team playing on the world footballing stage. A goal, from his perspective, is not just a goal.

But it is. And that’s precisely the point. It’s exactly what allows people to unite behind football. There’s very little at stake.

I’m sure players like Džeko are worthy ambassadors for Bosnia and Herzegovina and I’m sure there is admiration for his success. But Premier League footballers are adored the world over. There are thousands of Manchester United fans in far flung places who love Wayne Rooney. Who knows what this says about their national aspirations? We wouldn’t bother to venture. We’re not meant to. It’s just part of the business, and the pleasure, of the global game.

Participation in this World Cup won’t guarantee change back home. You’d be naïve to think so, surely. Ethno-nationalism and the scars of the past won’t dissipate. Fortunes won’t be lifted. In fact, there are plenty of cases where the reverse has been true. Think Greece. Their 2004 victory in the European Championships didn’t do much to insulate the country from economic collapse or the rise of the far right Golden Dawn.

The people of Bosnia and Herzegovina don’t need national football success in the World Cup. I’m guessing they need reform, greater equality and social protections. The same things that the majority of people the world over need. The sorts of divisions, commodified and consolidated by those in political power, the sort that make newsworthy headlines in the UK, are often defied by the lives of ordinary people, through stories of solidarity, mixed family heritage and cross-cultural friendships. In recent weeks, the people of Bosnia and Herzegovina have taken to the streets in protest against privatisation, government corruption, and widespread impoverishment. The fault lines are not ethnic but social and economic. But, this story doesn’t serve the liberal aspirations of world football and FIFA doesn’t care much for economics anyhow (ask the thousands displaced to make this World Cup happen).

I hope the people in Bosnia and Herzegovina that like football enjoy every minute their team is on the pitch in Brazil. I hope they take to the streets in celebration when their Dragons breathe fire on their opponents. If the excitement takes them, they might hug a stranger. That happened to me once at a football game. But let’s leave it at that; the simple pleasures of the game.