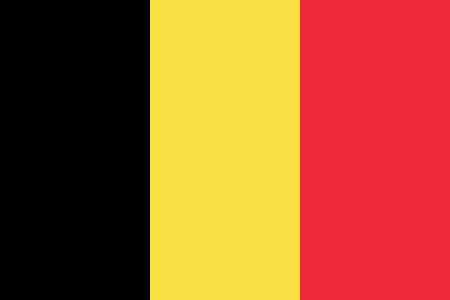 I’ve got nothing against Belgium. Some of my best friends are Belgian. I’d happily let a group of Belgian men move in next door.

I was used to having Belgians as neighbours for a while, and they were alright. No harm in them. They lived all around us in fact, on a street called Museumlaan in a town called Tervuren just east of Brussels. They didn’t kick up a stink about a car full of Bootleians rocking up next door. At least not that we knew about. Ignorance was bliss we thought. But this being 1994 and Brussels, maybe we were the catalyst for them to hatch their secret revenge plans to smuggle tens of Romanians into YOUR STREET. Tens.

I had a great time in Belgium. I moved there when I was 13. The transition from the Walton & Kirkdale Junior Football League to the European exoticism of the ridiculously labyrinthine Brabant Provincial system was unusual. This Jurgen Vantomme photo journal says it all really: http://inbedwithmaradona.com/jurgen-vantomme-index.

I got sent off in my first appearance, a late substitute on a cold September night in a cup game. It was a stern block tackle. The lad screamed and whimpered. It was my first experience of the European Way. The learning curve would have to be steep.

Shortly after I arrived, I signed for a team called Racing Jet Wavre, where there already existed a small English cabal of footballers like me. After a few weeks, I received a letter from RSC Anderlecht inviting me to train with them. And although a timely ego-boost, I found out later that I wasn’t exactly handpicked, and that this is just what the Purple and White behemoth does. A bit like Chelsea, its youth strategy had as its refined strategy the ethos: “I don’t care who he is, just get him in”. We hated playing Anderlecht. They had about a billion six-foot-plus players, and at least four teams in every league. I didn’t fancy it. But then I never grew beyond five foot eight and three quarters, so I like to think we both dodged a bullet.

The league structures, and the all-powerful influence of Anderlecht, were symptomatic of the organizational chaos that Belgian football was going through into the mid-nineties that led to its nadir of Euro 2000: elimination at the Group Stages of its own tournament.

The crisis had been coming since the high point of Mexico ’86. The team organization and work ethic that provided a platform for the brilliance of Enzo Scifo and Franky Vercauteren, and which was only halted by Diego Maradona’s Argentina, had dissipated. After being knocked out by England in their last minute of Italia ‘90,
Belgian football went into a period of underachievement and decline.

Officially bilingual, Brussels is not an easy melting pot. And the complex politics, even at youth level academy football, eventually meant that I left RJ Wavre for Eendracht Aalst after two seasons when I fell out with the Sporting Director. The system was a paranoid mess run by fools.

In short, everyone hated everyone. The French-speakers didn’t bother with the Flemish. The Flemish would rather speak English than French. Yet nobody particularly liked the English. The white Belgians weren’t fussed on the maghrébin or west African immigrants. And the feeling was mutual. Our games in the inner city suburbs were tasty, underhand affairs.

But the football wasn’t great. When I used to come back to Liverpool to visit family during half terms, Easters, and Christmases I would train at Melwood with the Centre of Excellence. As the Liverpool lads got better and quicker. I got slower and worse. Indulging my self-delusion for a moment, I’d say this lack of progression was not wholly of my own making. They were improving, in Belgium we were not.

With a lack of identity off the pitch and stasis on it, for Belgium the light of Euro 2000 turned out to be an oncoming train.

The small country of 11 million people is almost exactly split by language: half the population, the Flemish, speak a Dutch dialect; the other half, the Walloons, speak French. But today, with two-thirds of the population of the capital now of foreign origin, the ethnic complexion of the typical bilingual Brusselaar/Bruxellois, and therefore the quintessential Belgian, has changed. This, I would argue, has been a largely positive shift.

Yet up until around 2008, divisions in the national team still seemed to reflect the intransigent political standoff in the country. Whilst the main Flemish party was voting to dissolve parliament, the players were pointedly giving press conferences in competing languages. This didn’t exactly foster harmony.

That would begin to change with the emergence of talent from second-generation immigrant families. It has altered the mood beyond recognition, seemingly diluting the old grinding negative friction.

The brothers Emile and Mbo Mpenza (Zaïre) in the late 1990s were amongst the first notable examples. Now the list makes for impressive reading: Moussa Dembélé (Mali), Marouanne Fellaini, Nacer Chadli and Zakaria Bakkali (Morocco), Axel Witsel (Martinique), Adnan Januzaj (Kosovo), Silvio Proto (Italy), Anthony Vanden Borre (Zaïre), Divock Origi (Kenya), Christian Benteke and Romelu Lukaku (Democratic Republic of Congo). There is a definite parallel to the 1998 France team. And the success of this integration should be considered progress in itself.

No more cliques. Steve Martens, general secretary of the Belgian FA says that: “We don’t see any signs of little clans appearing because it’s a well-bonded group. The players from Congo or Morocco are to the benefit of the team because it means that the dualistic French-Flemish speaking issue is less of an issue.”

This, coupled with a sensible unified system through the age groups instigated by technical director Michel Sablon, has brought success. And the squad today is testament to it.

The political togetherness of the country is still hanging in the balance though, with a gulf opening up between a right-wing Flemish north and a leftist Francophone south. The language barrier continues to encourage regionalized media and education systems. While the north prospers economically and the south struggles, without a strong centralized power base the distrust and ignorance is allowed to fester.

In a survey of the two communities conducted every year since 1979, the French-speaking Walloons have always felt Belgian, but the Flemish have not. The biggest change in this came after Belgium reached the World Cup semi-finals in 1986. Then, a further 15 per cent of the Flemish community were happy to call themselves Belgian.

I can identify with that as a Liverpudlian who got all Team GB during the 2012 Olympics, when it made us all be mates for a bit. I must admit that Mo and Jessica caused the first ever murmurings of patriotism to bubble somewhere deep down.

And now that the Red Devils are all mates, brought together by the wonderfully corporate football politician Vincent Kompany, going further than the semi finals and winning it might just be a possibility. So what’s the message, unity in diversity or some such claptrap?

Maybe for a bit, but seeing Vinny in his chic Pro Evolution Soccer-esque kit, on the podium holding aloft the trophy on 13 July, would be another one in the eye for all those independence party pseudo-fascists mooching around Europe moaning about Brussels. Bloody Brussels eh.

And that is something my ten Romanian neighbours and I can get right behind. They’re alright you know, the Romanians. Get yours round. Get the bières and chocolats in.