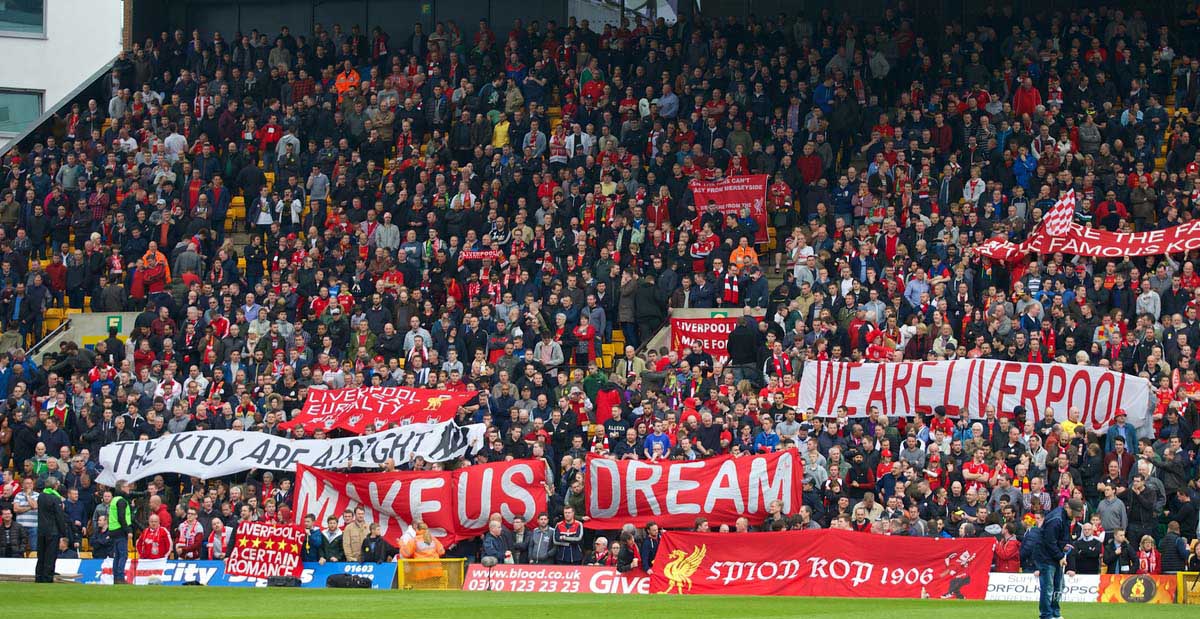 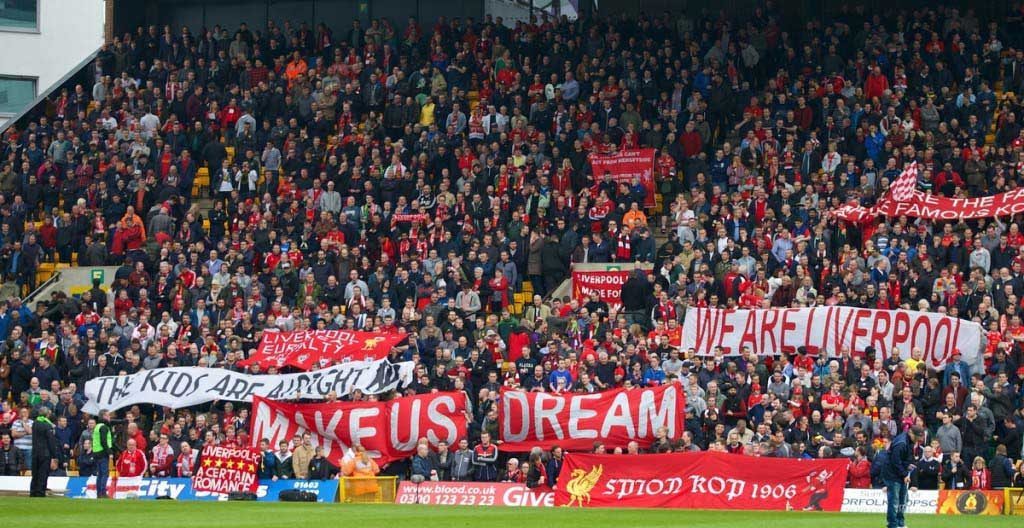 WE ARE LIVERPOOL: The away end at Carrow Road

BOOTIFUL. Just bootiful. Three games to go. The fourth game from the finish line took balls to navigate – balls made not of butter, but of steel. Stainless steel. This was Norwich City, this was Norfolk, this was Bernard Matthews country and this was no turkey trot.

But let’s face it, we peaked in the first 10 minutes at Carrow Road. 2-0 up, and Raheem Sterling throwing out the footballing moves of his life. A 20-yard screamer after just three minutes and an integral part in providing Luis Suarez with his habitual strike against the side in yellow and green. After 10 minutes. It should have been easy from there. It wasn’t.

It didn’t pan out quite so easily for numerous reasons. At this stage of the season facing teams that sit on the relegation precipice is by nature harum scarum. Ask Manchester City and Chelsea about Sunderland.

It doesn’t help when you lose your metronomic pressing midfielder, Jordan Henderson, a man who had taken to the field in this crimson crusade for all 34 of the previous league games that had brought us to this point. We will miss him badly against Chelsea and a new battle plan will need to be formulated on Sunday to compensate for his absence – one that is better than the one we employed against Norwich.

It’s highly unlikely the starting line up will change, but the set up will almost certainly need to. We stand so, so close to the title, we have the best team in the league. Yet still we have no depth to the squad to speak of. 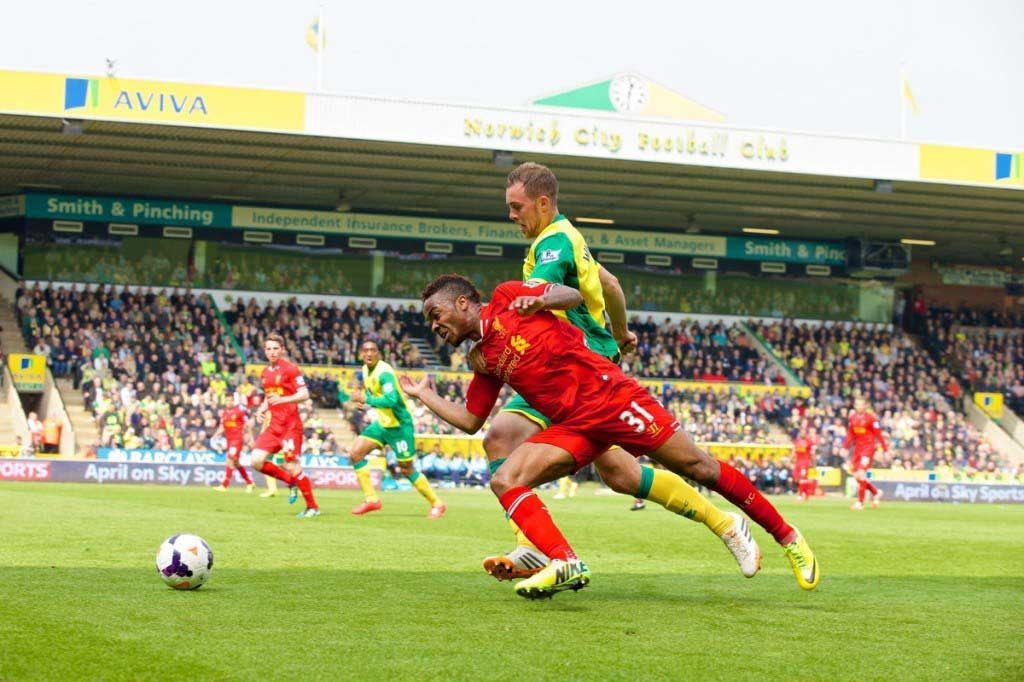 We’re on the brink of the greatest modern-day footballing achievement you’ve ever had the privilege to witness. The playing field hasn’t levelled out. It remains tilted. Next season might well revert to type, but here and now we defy gravity. The epic support we, as a collective, afforded our club at Anfield a week ago against Manchester City needs to be superseded considerably this coming Sunday. If you can aesthetically make a difference then you must do so. Be a hero. Liverpool Football Club requires you to push, blow, or inhale it over the finish line.

There is much that is still wrong out on the pitch. Simon Mignolet really needed to plough through everyone to reach the ball, which he spiritedly came for, when we conceded the first of our two goals shipped. His experiences with the first goal meant he didn’t come for the cross that lead to Norwich’s second goal, despite the ball lingering in the air for quite some time and it targeting his six-yard line.

Glen Johnson right now is frightening in the negative, rather than positive manner with which the word is often used, to the point where I’m reminiscing about the calm assurance that Aly Cissokho was offering earlier in the season.

Jon Flanagan, undoubtedly improved beyond all expectations, continued with his recent pleasure-pain performances, with a positive contribution to the second goal we scored, but a negative role in the second we conceded. Martin Skrtel and Mamadou Sakho have yet to keep a clean sheet when paired together at centre back, yet find they are entrusted with keeping things tight just when we need it most.

This is a parallel universe we’ve stumbled into, right?

But that’s what is most impressive about this Liverpool side. It is thriving on being being mis-shapes, mistakes, misfits. Raised on a diet of broken biscuits. Players that in other eras would no longer have been here to tell the tale. Henderson, Joe Allen, Jon Flanagan, Martin Skrtel, even Luis Suarez, all looked likely to be plying their trade elsewhere instead of propelling us towards our much longed for 19th league title.

Steven Gerrard. He could have taken his services to any football club in the world. Twice he was offered an escape route by Chelsea, one of the two clubs that stand between him and that elusive title-winner’s medal. One title-winner’s medal in Liverpool red would mean more than 10 in the colours of another club. You can stand up and play your part in making that happen.

Feel it, want it and grab it. Embrace it and don’t take no for an answer.

This does not slip.