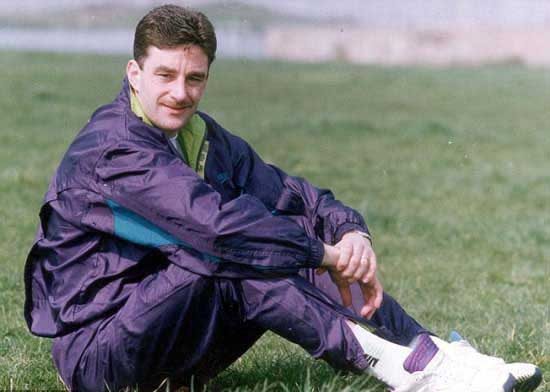 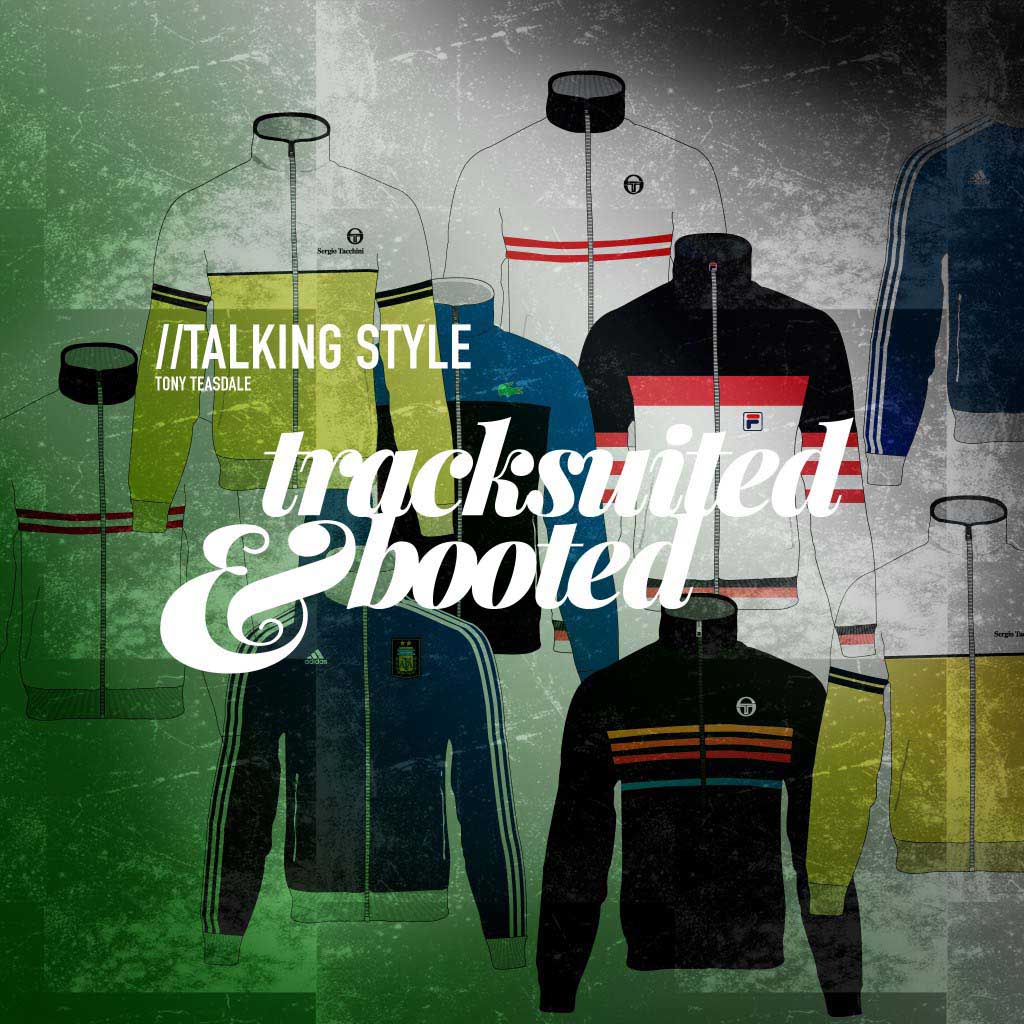 SCOUSERS love tracksuits, with every period in the city’s recent history defined by a variation on this most misunderstood of garments. Here, TONY TEASDALE picks some of his favourites from down the years…

In the old days, before the scally/casual revolution of the late 70s, a tracky was something you did your PE in. Made of rough nylon with two white stripes down the side, the only people who ever wore one – apart from kids – were PE teachers who would accessorise with black Gola trainers, a whistle and the phone number of the student teacher they were about to shag. Red ones were occasionally seen at the match, usually covered in patches that said things like “I’m Liverpool’s Number 1 Fan” and “I Look Like A Fucking Tramp In This Tracky”. 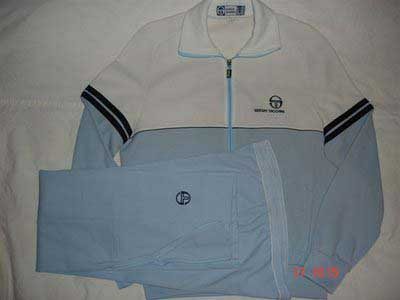 Whether you were there or not – and let’s face it, there’s no shortage of reading material if you weren’t – the whole scally/casual thing completely changed the social status of the tracksuit. Suddenly, something which defined the word “ordinary” was now a byword for continental sophistication as exotic brands from Italy like Ellesse, Fila and Sergio Tacchini produced tracksuit tops that cost more than a three-bed semi in Skem. Worn with semi-flare jeans, the whole ensemble was finished off with a Liverpool/Celtic/Rangers bobble hat and a child-eating dog.

“Honest, they’re just the same, they are. Your ma’s been ripped off paying all that cash for a Tacchini. Ha ha, you fucking knobhead.” So went the defensive spiel of the misfortunate Scouse lad who turned up at the under-18s disco in the wares of Wooldom’s very own couture label, Walker, which knocked out blatant rip-offs of Sergio Tacchini’s Dallas tracksuit by the thousands. It wasn’t the only one, Walker was joined by Le Shark, Kleim, Gallini and Ennesse in the blag hall of shame, the latter still worn by people in Widnes to this very day. 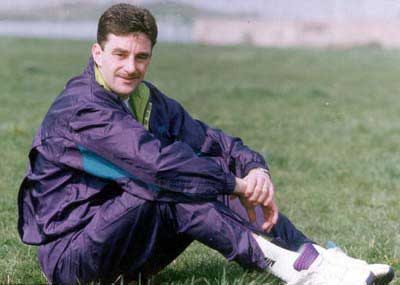 “Alright Aldo, sound as a pou…. what are you wearing, lad?”

There’s no glossing over this, the most difficult period in Scouse fashion – our peculiar love for the shellsuit. Yeah, we’ve all seen the Harry Enfield sketches, but the truth remains there were thousands of people all over Merseyside who thought that dressing in a flammable nylon jumpsuit was somehow OK. At the match, in the supermarket, even going out to the alehouse, the shelly was everywhere, with whole families turning up in variations of the same one at the airport for the summer holiday. Still, that’s enough about my folks… 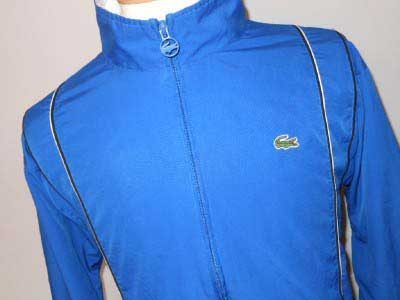 Imagine the scene at Lacoste HQ. “Order more caviar, Jean-Pierre, those daft twats in Liverpool have ordered another 100,000 blue tracksuits.” Just as Berghaus and Helly Hansen dominated Liverpool for years on end, so the city by the Mersey fell head over the wheels for the petrol-blue tracksuit with the crocodile on the chest. There could be nothing more Scouse than seeing a group of three lads trundling around the Whitechapel Lacoste store, with the thick, gangly one asking for a white version as a Valentine’s prezzie for the missus. Still, cheaper than a wedding dress. 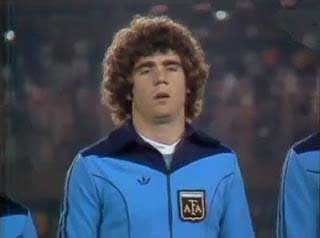 At the height of the “We’re not English, we’re Scouse” thing, the best way for a militant Liverpudlian nationalist to show his distaste for the country beyond the L postcode was to buy an exotic footy tracksuit. Marseilles! Argentina! Wrexham! Anything that said, “I am Scouser, I like footy and I hate Soccer AM” was up for grabs. Meanwhile, the city’s girls went upmarket, going for Juicy Couture trackies in a range of exciting colours like what-the-fuck-are-you-looking-at orange and my-boyfriend’s-on-the-doors-and-he’s-gonna-twat-youse pink. Funky.

Despite the fact that LFC’s match crew now look most gentlemanly with their Barbour jackets, buttoned-up polos and dark denims, there are still plenty of youngsters rocking black North Face hillwalking kecks. With their heads covered by a Lowe Alpine hat, these loveable urchins like nothing more than getting the train to Southport, running around dead fast for an hour and then intimidating middle class kids before they alight at Formby on the way back. Inexplicably, there’s always one on a mountain bike, too.