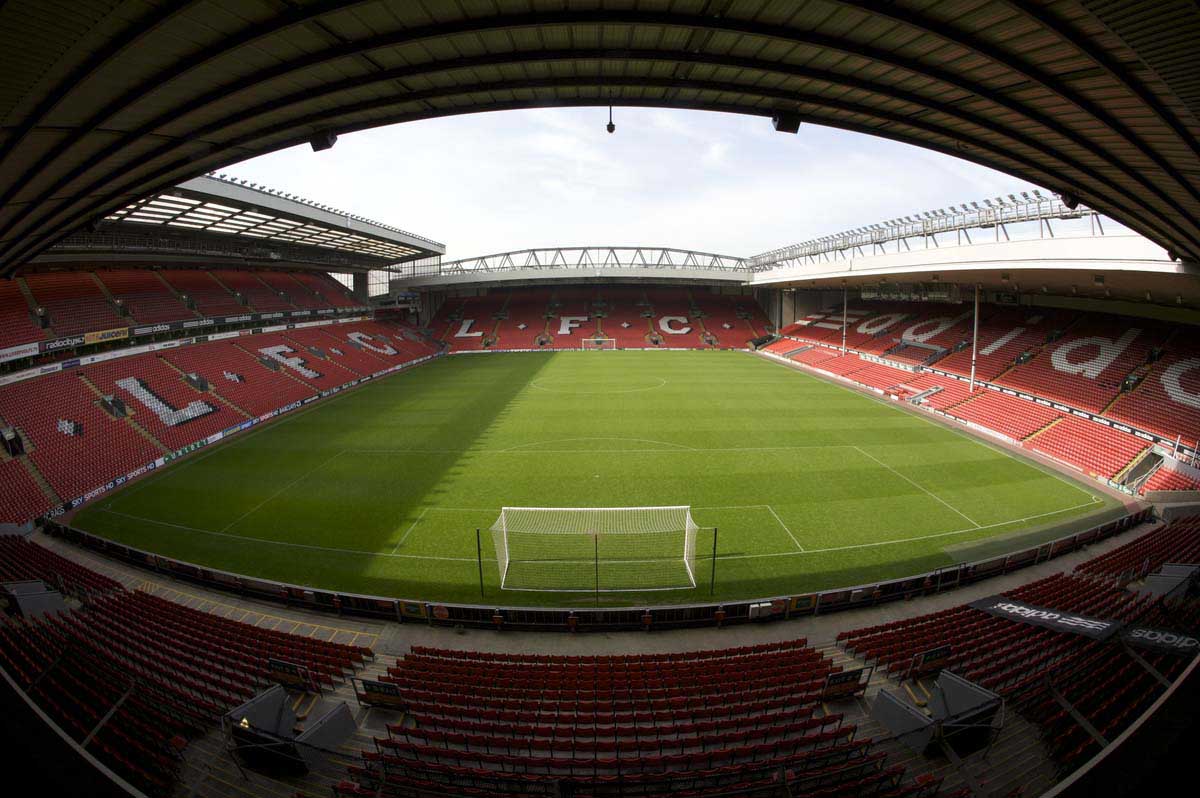 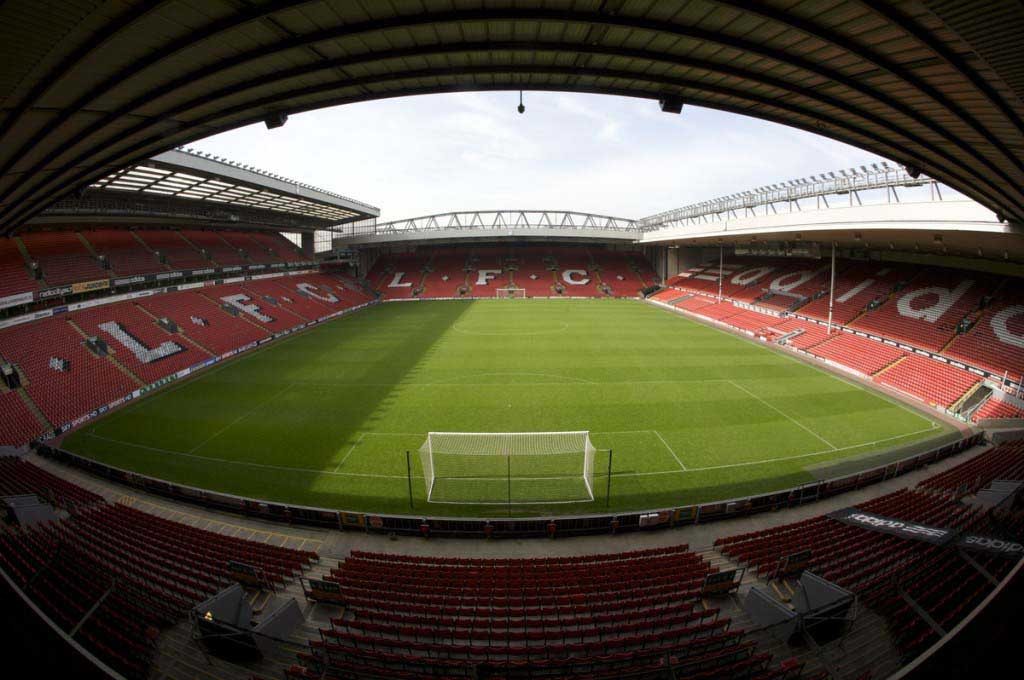 AS well as being a quite dreadful song from Rihanna (who isn’t an Irish airline apparently, I Googled it), Please Don’t Stop the Music is the title of a romantic novel from the pen of Jane Lovering. According to the reviews on Amazon (well I’m not going to read it myself am I? That’s girly!), the book is filled with twists and turns, much like a certain buck-toothed member of our attack. It also apparently features a main character called Ben Davies, so if you believe in signs… we do need a new left back.

It has barely anything to do with football, but it is the title that has been stuck in my head all day.

Southampton were dealt with, dispatched by three clinical goals and a clean sheet. We actually kept a clean sheet – away as well! No-one loves a clean sheet like I do… apart from maybe Linda Pizzuti. Another bogey team wiped on the sleeve of triumph. That sounded more profound in my head.

As you are fully aware, it is a wonderful time to be a Liverpool fan. The sky is bluer, the flowers are smellier, the bitters are bitterer and the football is full of every emotion you can possibly feel outside of Amsterdam.

However, we are left with an empty space now that we have a fortnight before our next game, which just so happens to be a trip to Old Trafford to face the worst United team since Jordan Henderson was in Huggies.

Trying to locate the source of why everything feels so empty knowing there is so long between now and then, I decided that it has nothing to do with my life lacking any direction or purpose. As usual, it’s football’s fault.

As key as having no European football has been to maintaining our momentum in the league, it does mean we’re mostly having a week between games. That’s a phenomenally long time in itself at the moment.

Every time Liverpool play, it’s exciting. None of these namby-pamby, dull, listless, impotent, Tim Sherwood-inspired 1-0 wins (the cynics will suggest that’s a dig at Spurs, but I think I’ve been subtle enough). We either batter teams with outrageous attacking, play basketball style ‘we score, you score’ games, and even help the opposition out from time-to-time by conceding goals that can only be on purpose for the sake of drama.

We are the great entertainers. We are fast becoming the new Dortmund, the go-to side for the football hipster. “Ooh, Max Meyer!” as Gab Marcotti wonderfully parodied last week, before admitting that these people also pay his wages.

And that is exactly why two weeks will seem as long as a pre-season. Fourteen days of purgatory. We are so much fun to watch that two weeks with only Roy’s England in a friendly, probably featuring Tom Cleverley, and then other teams playing next weekend, is simply a whiff of the scent of a good ale.

I need a pint of Liverpool right now, so much so that I’m watching the U21s face Reading as I write this. Only 48-hours removed from the Southampton game and I already need this.

Here’s the issue. We might win the title this season, we might finish second, we might finish third, perhaps fourth, I can’t allow myself to think it’ll be any lower at this stage. The problem is, I really want to know now how it ends. I want to see the final episode of Breaking Bad when I’m only halfway through season 3, I want to skip to the end of Please Don’t Stop the Music to see if Swansea’s left back gets the girl, I want to look ahead to May 11th to see if Brendan Rodgers is being thrown in the air by his medal-strewn players, because I am from a generation where patience is a first name, and not an inherent quality.

At the same time, I don’t want May 11th to come, ever. I’m dreading two weeks without this Liverpool team playing. Imagine what it’s going to be like after May 11th with only Hodgson’s England to keep us company (Macauley Culkin style ‘Aaaagh!’).

Every Liverpool game at the moment is like experiencing a symphony. So many layers, so many components, each bringing unique elements that leave you wondering what you’re about to encounter next. You enjoy every bit of it because you are living it, and although it may not always go the way you wanted it to, you know something amazing is just a few notes away.

You’re highly anticipating the climax (no giggling), but once the dust has settled and the applause has softened, you’re left with a bit of an empty feeling, left with only memories of how intense it was.

I am enjoying this ride far too much, and it might not be this way next time. It might be better in terms of results, or even quality of play, but it will never be like this again. With every game we get closer to what may be a glorious ending. At the same time, we get one game closer to not having ‘this’ on a weekly basis any more.

Let’s face it, the World Cup will pale in comparison to this season, as far as Liverpool are concerned anyway. No-one will play like we play, no-one will excite like we excite, and most Reds fans will be looking forward to our first pre-season friendly more than the World Cup final, unless Max Meyer is playing of course.

Don’t get me wrong, if we actually do it, I mean actually bloody do it, then I’ll happily re-watch the season on LFCTV over and over again until the new one starts, but that unique feeling will still be gone. I know I love listening to certain albums, but I’ll never get that feeling back from the first time I experienced them.

Looking through the fixture list today, as I’m sure many did, I was trying to calculate points totals, in spite of having an awful accumulator record I still felt qualified to guess the outcome of every significant Premier League game with some authority. But this was cheating, trying to peek at the end, or guess at the very least, instead of enjoying the narrative and letting it take me wherever it’s going.

I can’t alter it’s course, I’m not sure anyone can. This season seems to be happening to teams rather than because of them. You just know it’s going to be good though. Why would this season bring to such a potential crescendo if there wasn’t going to be a massive timpani and epic cymbal crash at the end, or a random tuba solo?

So let’s not wish these ten games away, trying to make predictions and spoiling the ending. Let’s cherish them, embrace them and drink in every minute of what has already been perhaps the most enjoyable Premier League season in Liverpool’s history, starting with United away in 304 hours, 39 minutes and 42 seconds….(at the time of writing).