COUNTDOWN TO OLD TRAFFORD: GIVE IT SOME BEANS 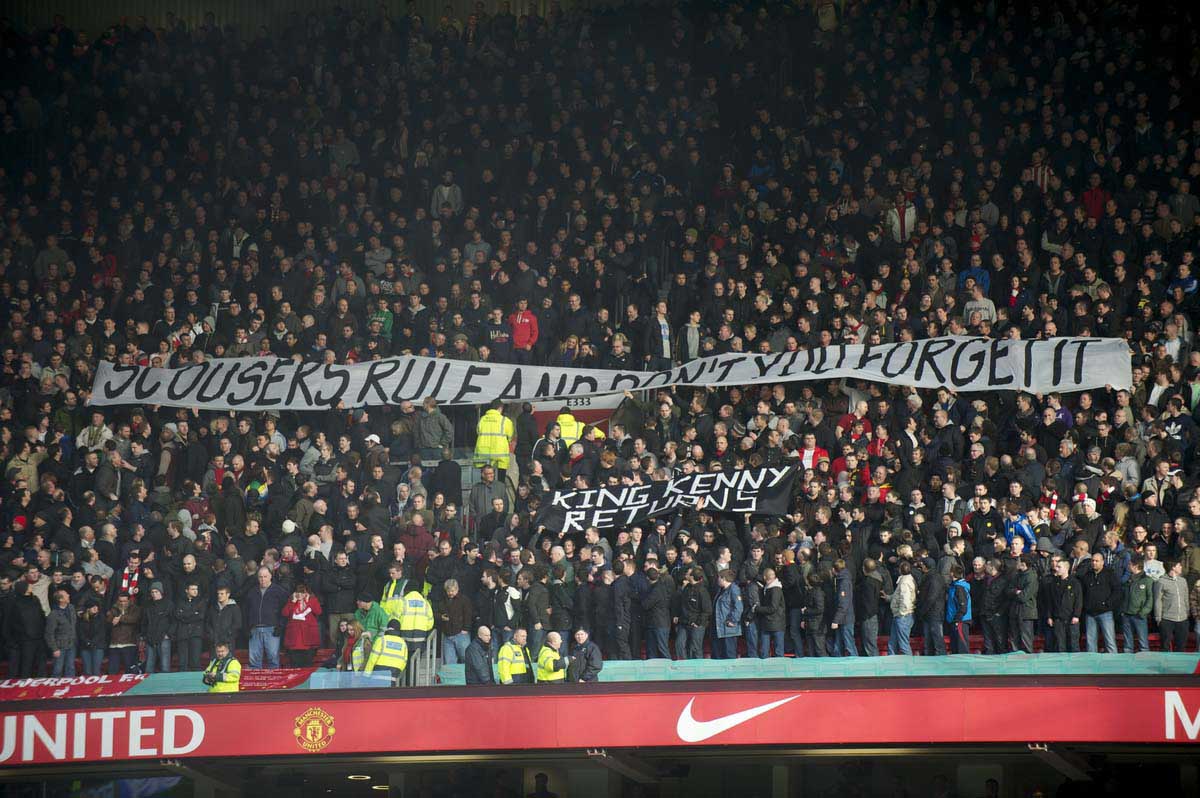 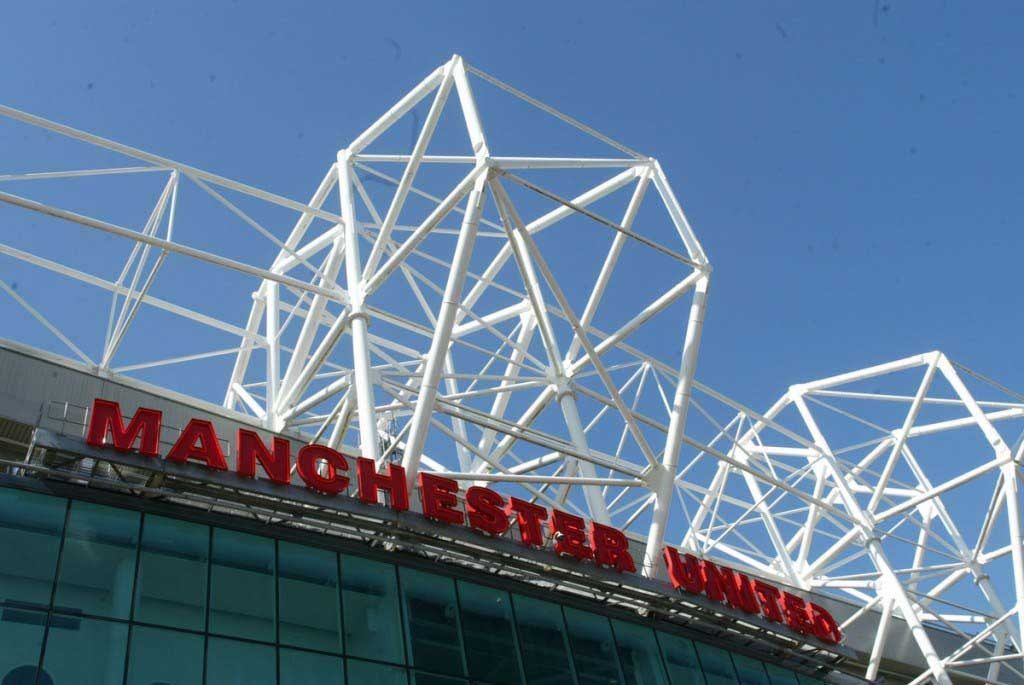 More than just a slogan to sell haricot beans in a tasty tomato sauce.

It’s an early 1980s visit to Old Trafford – that most friendly and hospitable of away grounds for the discerning travelling Red to tip up at – and the 3,000 to 4,000 Liverpool fans that have been locked in after the match are exiting the gates which – finally – have opened.

As a mobilised unit, the travelling Kop are now making their way en-masse around the perimeter of the ground. One man out of this congregation of the Liverpool faithful is armed with a metal tea tray.

The hero of our story begins to noisily beat the crap out of his percussion instrument of choice and pipes up with the first strains of:

Cue a few nods of heads, nudges of elbows into nearby ribs and a ripple of laughter, yet the man with the metal tea tray takes no notice and cracks on unabated with another bash of his metal tea tray and his accompanying chorus of…

Seconds later, the entire throng of Reds marching around Old Trafford have joined in:

“HP BAKED BEANS; THEY’RE THE BEANS FOR ME!” BANG!

It was one of the most peculiar and bewildering sights ever seen outside a football ground, and just what the observing matchday officers of the Greater Manchester Police force had tripping through their collective minds at that very moment is sadly not preserved on public record – amusement perhaps? Fear maybe?

What game was exactly afoot here? Was this unexpected verbal-musical outburst from a crowd of people they are considerably outnumbered by a chilling signal for something infinitely more sinister to begin? Some form of elaborate call to arms? No, it did exactly what it said on the tin. The baked beans tin as it turned out to be. 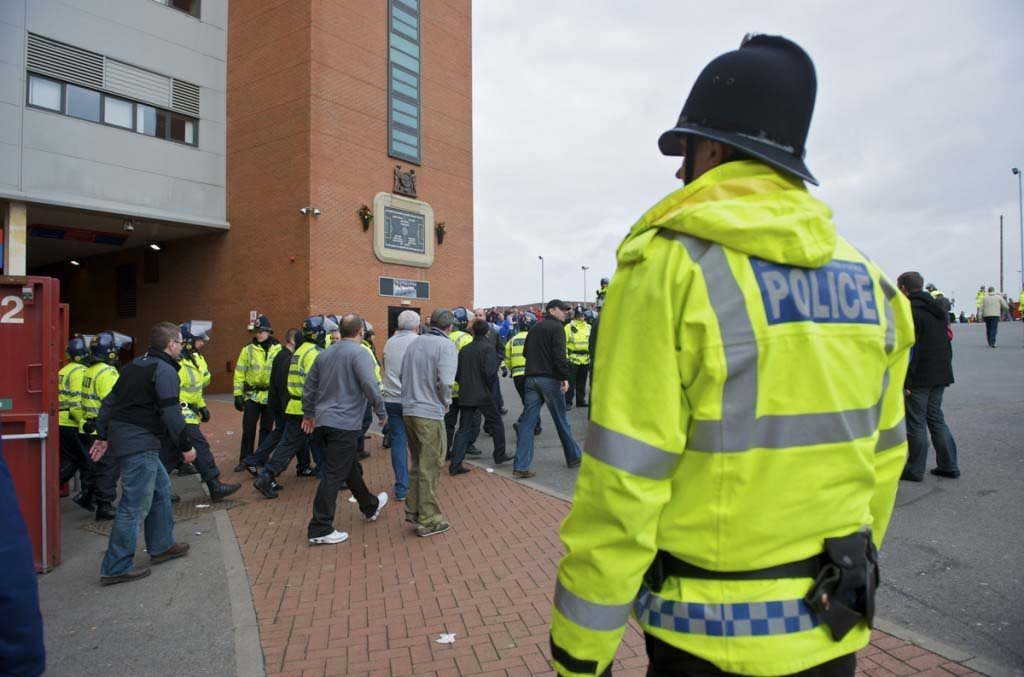 In many ways it was no more than one man with a metal tea tray paying his own personal, albeit very public homage to his favourite brand of baked beans.

On another level, however, it was one of, if not the very best, displays of (and for the want of an entirely different phrase) a united front, a show of defiance, that sort of hypnotic brand of ‘we are right and you are wrong’, that unshakable belief and self righteousness which we, as Liverpool fans, have outwardly propelled at Old Trafford down the years – be it following victory, parity or defeat; the kind of message that says: You know what? We aren’t actually all that different from one another in some ways, but in other ways you will never be like us.

It’s a bit like Oasis wanting to be The Beatles. Wish all you like lads, but it just isn’t happening. 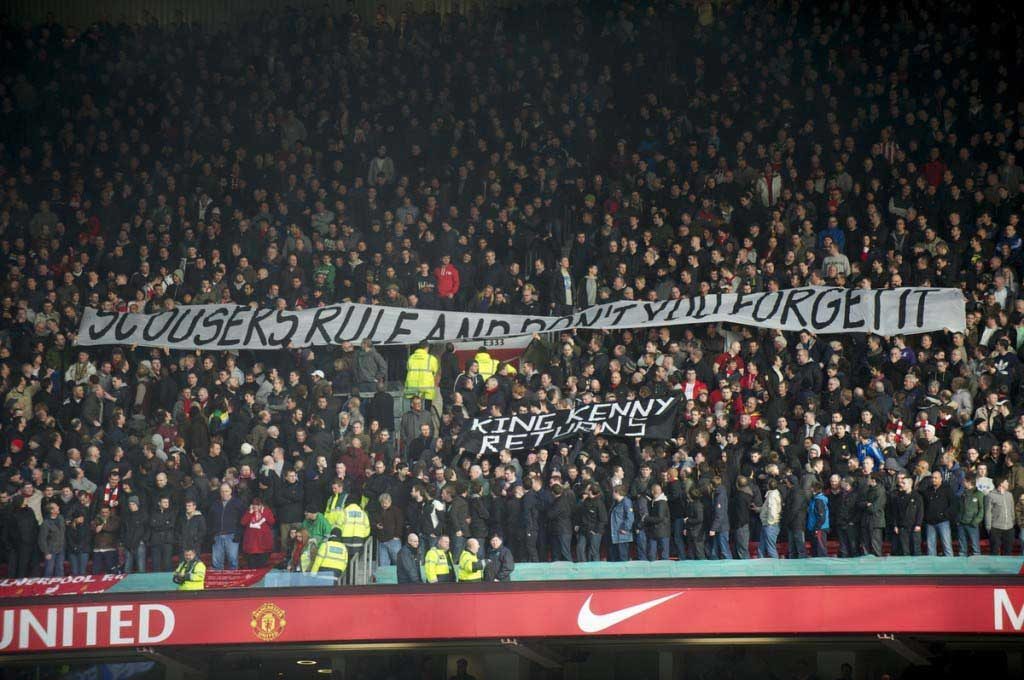 I’ve seen human nature at its worst and its best on trips to Old Trafford. A wine bottle spinning through the air towards an open visitors’ gate, spotted at the last second by a man mountain of a Red in a big black coat before it hit the wall above us. He took his coat and sheltered a woman and her young son as shattered glass rained down.

At the other end of the spectrum, an isolated Liverpool fan curled up in a ball taking a severe kicking from three or four feral late teens, an onrushing set of older United hands storming over, the fear being they were going to join in with the assault, only for them to crack the feral teens heads together to see them off and instead helping the bruised Red to his feet and seeing him safely back to his car.

Tar all United fans with the same brush? Whisper it, but some of them are actually alright.

Earlier in the season the League Cup encounter at their place was set to the soundtrack of much degradation of David Moyes from the away section. “You stupid bastards, you chose David Moyes” was received by the newly-restless natives with bowing heads, hands planted in pockets, shuffling of feet and little in the way of vocal backing to disagree with the Scouse evaluation of their ‘Chosen One’.

It all grudgingly smacked of ‘You’ve got a point there’. But they took the win that night in a game we probably shouldn’t have lost.

I was accompanied by Bob that evening. Bob relies on his crutches to get around and being on the front row of the upper tier we were left with the tricky task of getting him safely out of the ground once the lock-in had been navigated.

After a few minutes ‘discussion’ with a jobsworth police officer who wasn’t for letting us leave our seats, one of his more sensible colleagues having overheard this exchange of views saw sense that a man on crutches was better situated on the concourse than on the front row with all those steps and thousands of people to make his way past once we were all given the green light to go.

Once on the concourse a friendly head steward then took it upon himself to find us a place in a lift to get back to ground level. He took us through two or three doors, along a corridor or two, finally through a set of double doors and out on to another concourse, a concourse heaving with Manchester United fans.

Have you ever seen that scene from Indiana Jones and the Last Crusade where Dr Jones Jnr is in Berlin amid the enemy to reclaim Dr Jones Snr’s ‘really really useful Holy Grail book’? I suddenly found myself playing Harrison Ford to Bob’s Sean Connery.

Once in the lift we found ourselves in the company of one of those lovable people who likes to mouth off bravely, safe in the knowledge that they can’t be heard by the very people they’re mouthing off about, the type of person who tries desperately to fit in, yet goes too far, resulting in much rolling of eyes from the very people he’s trying to impress.

“I wish there was a Scouse bastard here right now, I’d give them it with both barrels.”

“It’s your lucky night then, kidda,” I interjected.

The rest of the journey down in the lift was observed in peace and quiet.

Almost six months on from that game, the landscape of the season for both clubs looks very different to how it did back in September.

For Liverpool fans there is a spring in the step, for Manchester United fans not much more than the task of surveying the wreckage of their first post-Alex Ferguson season.

Tomorrow we shouldn’t be looking at our task as being extinguishing one of the final lights they have flickering on their 2013/14 campaign. We should see that as a mere side effect to collecting three more points in our quest this season.

Tomorrow is their cup final. It’s a long way from being ours.