KEEP CALM AND CARRY ON 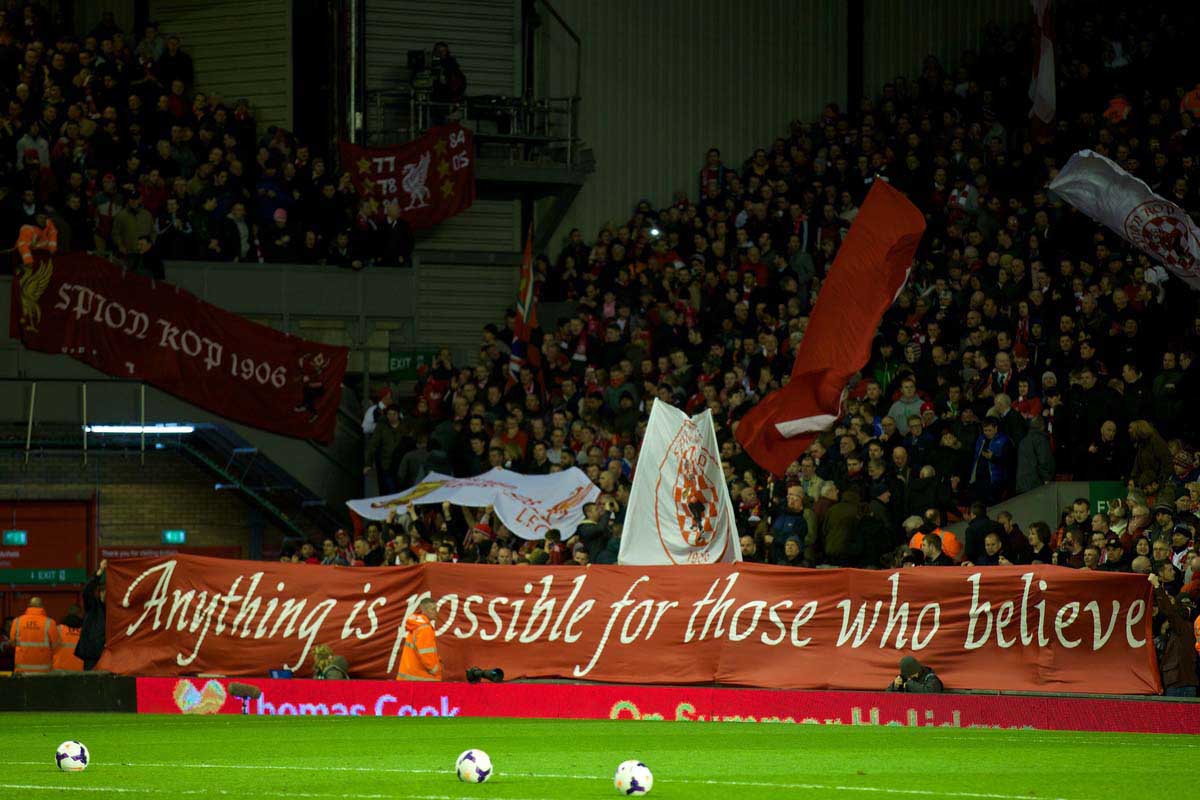 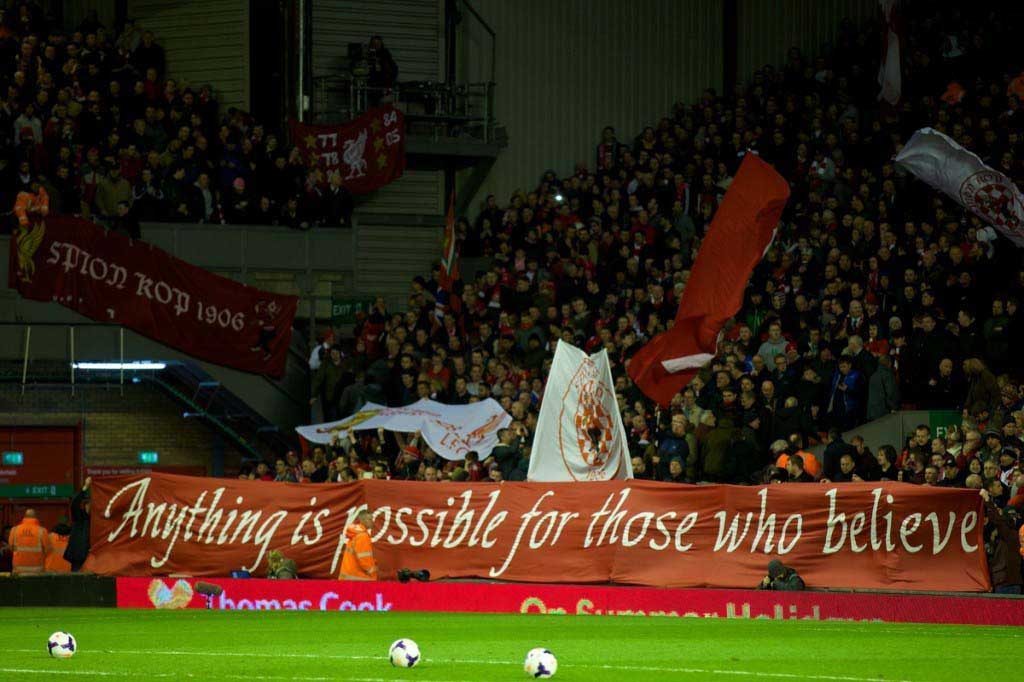 EVEN when we win ugly, it’s beautiful.

Yes, the 2-1 win against Sunderland was an undeniably nervous one, but in many respects that shouldn’t have come as any surprise. Liverpool have just come off the back of a run of five league games, four of them away from Anfield and the last three in succession on our travels.

More than a month had passed since we last kicked a ball at home. The symbiotic union of rampant, partisan, ‘We Are Liverpool’ backing-tracked support, coupled up to the carefree attack-driven football we’ve recently displayed on the pitches of West London, Hampshire, Salford and South Wales against Fulham, Southampton, Manchester United and Cardiff City has been irresistibly compelling. Four away wins on the spin, plundering 15 goals against, in the main at least, opposing sides that felt they could compete with us within the realms of the noble arts of the fluid passing variety of the game.

Last night, Sunderland were never going to be a side that set itself up in a manner that suits the way we play. They were never going to attempt what the last visitors to Anfield did. We were never going to see a repeat of the 4-3 against Swansea City. Not once do I remember Swansea forming a dense eight-man defensive line when they lost possession in the way that Sunderland did as they shaped up in a deep-lying 8-1-1 formation at times.

I’m by no means knocking Sunderland’s first-half defensive tactics here, as it was effective and restricted us to pot shots from distance for pretty much the entirety of the first half. For a team mired in the bottom three as we fast approach April, it was a totally understandable course of action. It was a new test for the title-chasing Tricky Reds. And, when push comes to shove, we passed it. Every title-winning side navigates their way through games like this, those matches on the fixture list that look like the need to break sweat will be minimal when in fact the opposite is true.

The beautiful way we did ugly came in the way we took our goals. Steven Gerrard’s free kick arrowing its way past Vito Mannone, and Daniel Sturridge curling the ball into the top corner, via a deflection, in front of the Kop.

When the second went in, I thought we’d be presented with one of those game of two halves scenarios – that we had a second half ahead where we’d ease through the gears and maybe score another couple of goals. Things instead became more and more ugly as Sunderland, instead of capitulating, opened themselves up in a more positive manner as we offered them increasing degrees of incentive to get into our half to press us high up the pitch.

Playing keep-ball 30 yards from our own goalline and the throwing on of both Ki Sung-Yueng and Adam Johnson did little for on-pitch nerves. Off the pitch, the nerves had been evident from early on, which was as unnecessary as it was unhelpful, although no-one could have been impervious to the nerves in the final minutes – the collar of my coat took a serious chewing from the moment Ki nodded in at the back post for 2-1, and I omitted a sort of concerned seal noise when that late free kick flashed across our six-yard line only for John O’Shea to fail to make any solid contact.

Without the benefit of running up a three or four-goal lead in the first 20 minutes, the early nerves on display last night seemingly could be the way things are going to be at Anfield. Everyone will need to chill out a bit before Sunday. Let’s not forget that this was still a handsome win, in an ugly sort of way. If last night was a country and western singer, it would have been Lyle Lovett.

Seven games then. The season continues to shrink. So has the points gap to Chelsea. A solitary point. Not much more than a week-and-a-half ago, some people wanted us to believe that we’d by now be 10 points away from the summit and the pipe-dream would be effectively over.

The balance of the fixtures we have left might just play into our hands. If nerves are to come into play at home then we have the ideal opponents to face at Anfield – sides that we can not afford to be shrinking violets in front of: Tottenham Hotspur, Manchester City, Chelsea and then Newcastle United on the final day. Read that again. That’s Newcastle United on the final day – games against them tend to be by their nature the most bizarre anyway.

If we go into the final day with a sniff of the title still circulating the nostrils, that game will be freaky – nothing less. The final eight games started with a North Eastern test, and will end with a North Eastern test. Away from home might well be where we find it easier, with the blind faith of the away support being lead by the blindingly sublime occurrences on the pitch.

Upton Park, Carrow Road and Selhurst Park; West Ham United, Norwich City and Crystal Palace might be able to offer us safe havens away from the nervousness of an Anfield crowd. Last night seemed to be all about the enormity of the situation we’ve played ourselves into. We looked to the horizon, rather than focusing on the here and the now. It’s ok to take a quick look up to see the direction we head towards, but let’s just make it a quick glance and get our heads back down to deal with the here and now. We don’t have to worry about reaching the finishing line; we can let the finishing line come to us.

Embrace the insanity: Your head will hurt, your throat will be raw, your knuckles will whiten, your limbs will feel weak and your stomach will turn. But fill up your lungs, breath it all in. Consume it and enjoy it. Who’s to say when we’ll see the likes again? This is very, very different.