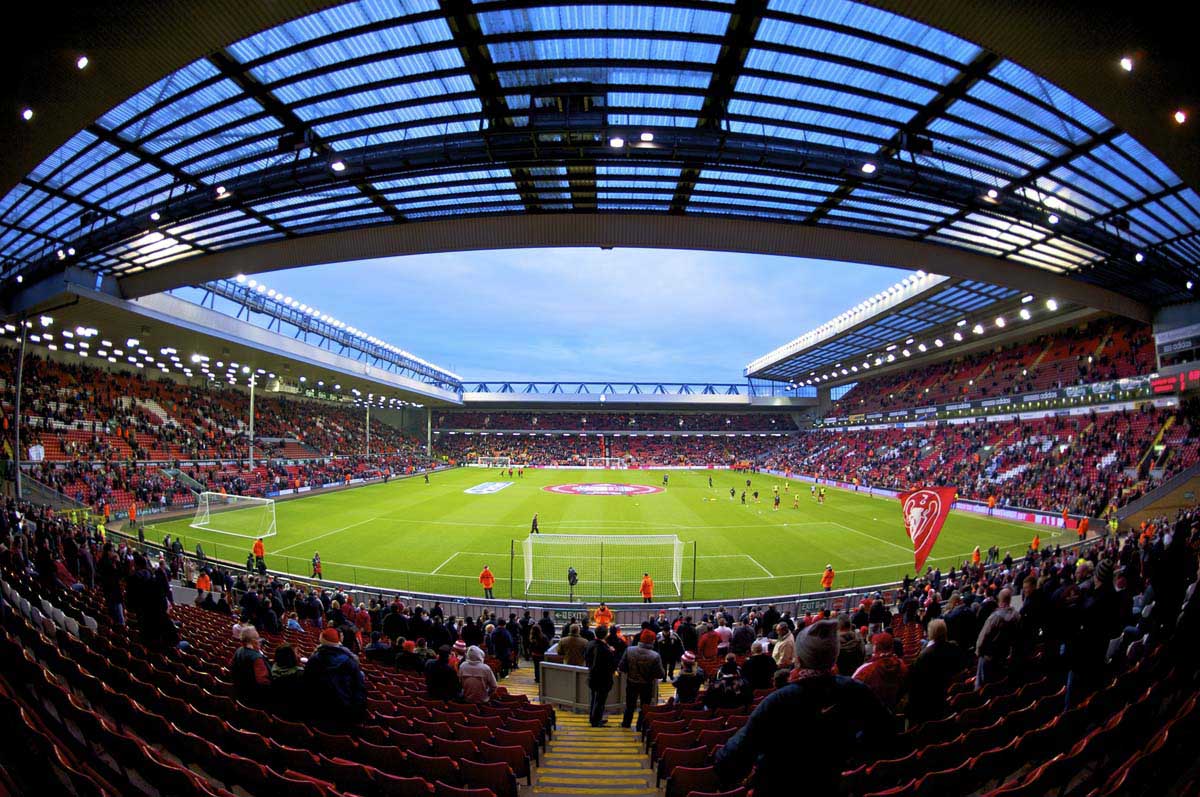 THINK of Liverpool v Arsenal and what’s the first match that springs to mind? Yeah, we’ll ignore that one. What else? Robbie Fowler’s 4-minute and 35-second hat-trick in 94? The treble he scored against them at Anfield just 16 months later? What about Peter Crouch’s hat-trick in the 2007 4-1? Neil Mellor’s belter of a winner in 2004? The 2001 FA Cup Final? The Champions League quarter final? Or what about…

I would always go for Liverpool FC 4 Arsenal FC 4. Let me try to explain why.

I know it’s over.

What a way to go.

I know this is it.

What a game. What a game of football. It was a joy. Yossi Benayoun –

They were the last gang in town. Liverpool’s 08/09 side. They were a walking heist movie. They were Benitez’s Fourteen. They’d spent the season getting themselves into outrageous pickles and they kept coming out from these pickles on top with style, with panache. They had character. They had charisma. In an era in which footballers have become increasingly bland Reina, Arbeloa, Carragher, Hyypia, Aurelio, Alonso, Mascherano, Kuyt, Riera, Benayoun, and Torres all seemed like they had more than that. They had personalities and character points and flaws. And the captain. The captain had got himself arrested for battering a fella in Southport over Phil Collins. He hadn’t been that interesting in years.

Somehow they played the best football in the country for a season but they didn’t have the same might as their rivals, for a variety of reasons. Primarily this – there wasn’t enough of them. They were a gang, not a squad.

On 21st April 2009, needing a goal to take the score from 3-3 to 4-3, Liverpool replaced Dirk Kuyt with Nabil El-Zhar. This was one of the many things Liverpool 4 Arsenal 4 told us along with –

It had been a madcap adventure. My friend Dan rang me after one brilliant Saturday: “What happened last night, I don’t remember, all I know is my face hurts from laughing so much.”

Every weekend there was something else. Defeat was so rare and it was building. We were in our late twenties and both city and football club were in fantastic shape. You couldn’t not enjoy this. It was pulsating. It was the time of your life –

If you weren’t there, you’ll never know how mad 08/09 was for Liverpool supporters. We didn’t expect a title challenge. We hoped for one. You always did back then, but I don’t think anyone genuinely expected a serious title challenge. Much of the season the team seemed much more convinced than the supporters. Liverpool went and won at Chelsea in late October and the next game, a midweek game against Portsmouth, the crowd went into absolute meltdown after Liverpool went 1-0 up late on through a Gerrard penalty. Men in their forties behind me were screaming “Don’t panic, fuck’s sake Liverpool, don’t fucking panic. Whatever you do stop panicking!” I turned round screaming “Stop fucking panicking, yeah? Stop fucking panicking.” This was happening all round the ground. Heads had gone. Liverpool FC saw out a run of the mill 1-0 home win against Portsmouth.

They were booed off after a home draw with West Ham United saw them go top in December.

Walking out of a draw at Wigan Athletic away in January people were openly saying Benitez had to go. Liverpool were two points off the top.

I didn’t go to Pompey away. I have friends who did and got into fights with fellow supporters. About Benitez. Liverpool won 3-2 with a last-minute winner. I listened to 606. The first caller was a Liverpool supporter saying he wished Liverpool had lost that game to teach Benitez a lesson. He should go now. The week before Liverpool had beaten Chelsea 2-0 at home. Liverpool had just scored a last-minute winner away from home against Portsmouth to go top of the league. The manager needed teaching a lesson and needed sacking.

A section of Liverpool supporters loudly booed Lucas Leiva on to the pitch against Sunderland. Ah, The Liverpool Way. Seen as the manager’s player you see. Liverpool won the match 2-0.

Liverpool won 1-0 in the Bernabeu and would go on to vanquish Madrid 5-0 over two legs.

They speed by too quickly to be recounted. Benitez’s brilliant, righteous fury reacting to Arsenal’s fourth or Arbeloa and Carragher getting into it at West Brom or Kuyt at Hull or Viduka scoring four against us at Elland Road. They are all there. Since Houllier arrived and cleaned up this town it bears down on this game. It sits in the centre, connecting all the ley lines of Liverpool’s football energy for a decade or more. All the lines go into this game and then they split back up again – it’s Liverpool’s footballing monolith and will be until there are more genuine adventures, more heists, until something takes off and someone else cleans –

The game reminds me hugely of another Liverpool/Arsenal draw. On 29th January 2003 Liverpool played Arsenal at Anfield and Liverpool were played off the park by one of the finest football teams I have ever seen in person. They hung on for dear life as Arsenal missed chance after chance and finally Emile Heskey got a late equaliser. Despite the result, the gulf between the two sides was enormous and it had been so rare, even in the disappointing nineties, to see a Liverpool side outplayed at home like this.The Liverpool side of 2009 was a completely different proposition to that 03 side and it would be fair to describe an undoubtedly good Arsenal side as a shadow of what had gone before. Liverpool had scored 14 in their previous four games at Anfield and needed to win to stay genuinely in the hunt for the league title.

On 21st April 2009, Liverpool were brilliant. Simply brilliant. Everything that had been coming together continued to do so and players were in the form of their lives. They missed chance after chance first half and were by far the better side. They went in behind, Andrei Arshavin having opened the scoring. Liverpool came out in the second half like men possessed. Yossi Benayoun in particular was mesmerizing. His first goal in this game put Liverpool 2-1 ahead and involved him knocking himself out against a post and as he was revived Liverpool players peeled off from the concerned group around him to celebrate again. Yossi’s form in the second half of the season had been completely world-class. Fab Aurelio was exemplary at left back. Liverpool controlled games through Alonso and Mascherano and this was the case on 21st April 2009.

But Arshavin. From Arsenal’s point of view the game was about Arshavin. His four goals were marvellous, one in particular thrashed in from distance with practically no back lift. He was unstoppable that day, one player for whom everything he struck just went in.

His fourth was particularly stupid from Liverpool’s point of view. 3-3 with six minutes of injury time remaining and Liverpool left only Alonso back from a corner. Arsenal pulled all their men back, the corner was cleared and Walcott had Alonso one on one before squaring to Arshavin.

An Ending. It’ll be a different one tomorrow. Soz.

People probably wanted a start, a middle and an end here. They tend to want that, the people who ask you for things. No one wants your weirdness. No one will be impressed. It’s filler for a website. Well sorry and that but fuck the no one. I still can’t look at 08/09 without it splintering into a billion memories, football and jokes and regrets. I wish I could but I can’t. For a start it hasn’t ended. I wish it would, but it hasn’t. I still feel it. When I let it in, when I let 08/09 in, it overwhelms. I know I’m not alone in this. We can talk about it for hours, my friends, some named in this article, loads who aren’t. We can talk for hours about 08/09. We try not to. But we do.

I’ll be wrecked for days off the back of this article. Someone, a loved one, will ask me at some point over the next few days, “What are you thinking about?”

“It was nothing.” It was everything.

“I’m not, I promise.” It was a joy to be alive that day, my friends. Still crying. Still laughing.