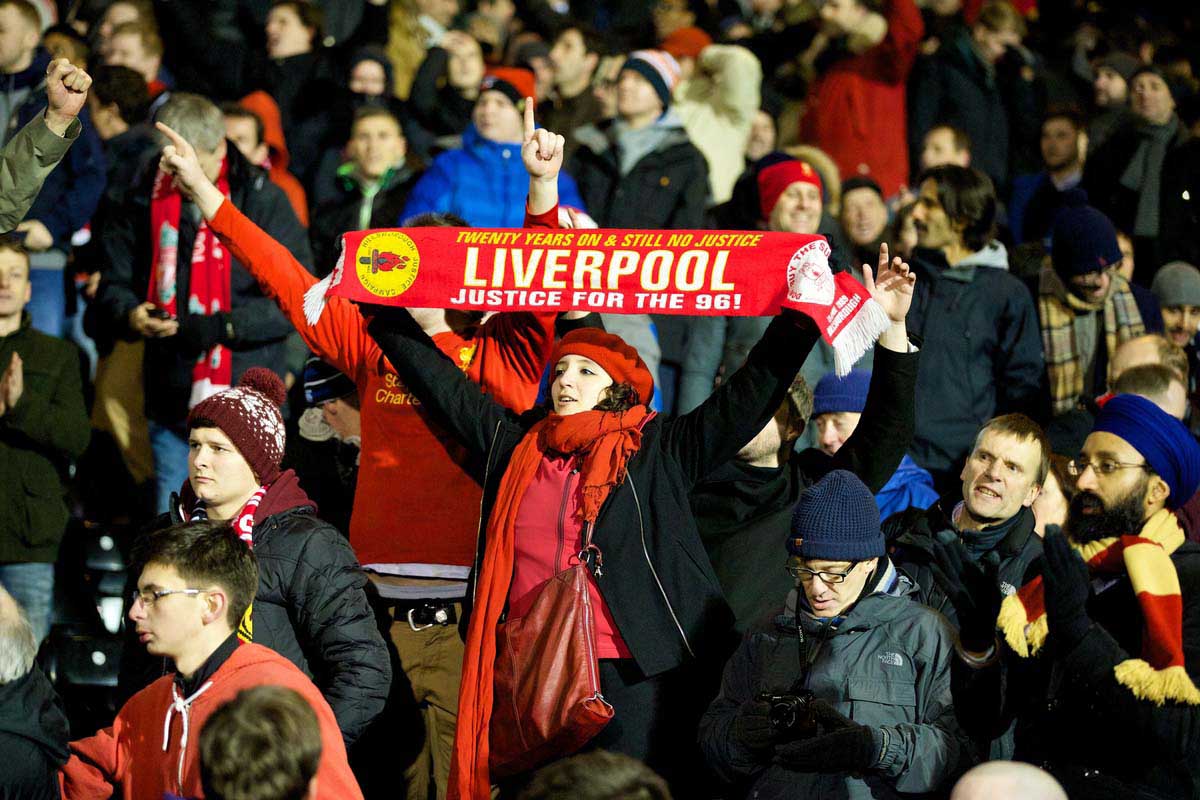 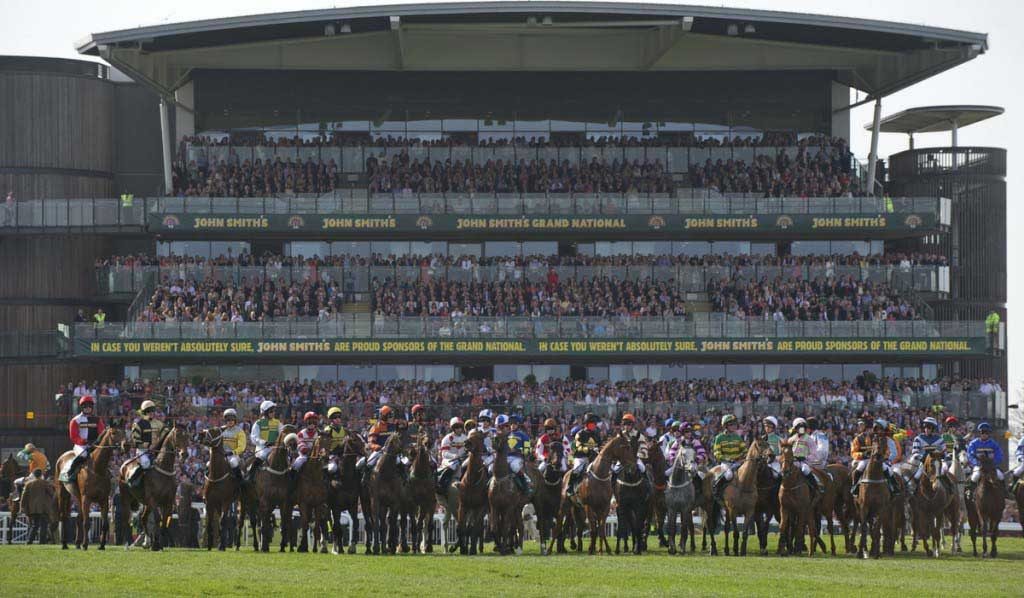 IN APRIL, the City of Liverpool will once more play host to The World’s Greatest Steeplechase: The Grand National. Perhaps the recent horse metaphors being used in relation to the race for the Premier League crown have, therefore, come a little too soon.

While there may be a slight whiff of manure around a certain manager’s claims that his team is merely a ‘little horse’, it’s interesting that Brendan Rodgers has chosen to label his Liverpool squad ‘a foal’.

There’s no questioning that this Liverpool team is a young one – the average age of the current squad is 26.1. But is youthful exuberance, naivety even, really such a bad thing at the business end of the season? As squads begin to tire, young legs without the weight of the world or expectations of what they should accomplish might just be able to run that extra furlong.

For the manager, players and coaching staff it is absolutely right that feet are kept firmly on the ground. At the start of the season most Liverpool fans and commentators believed that a fifth-place finish would show signs of major improvement at a club that’s been torn apart in recent years and has had to rebuild.

It’s right to use the expansion in technology to discuss bigger, more important issues than just the football. Now that we’re all little more than a Tweet away from each other, why shouldn’t we ask questions of those whose responsibility it is to provide answers?

But ultimately we’re in this to have fun.

It’s fitting that the City of Liverpool should play host to The Grand National. A race which captures the imagination because anyone can win it. The favourite often does, of course, but people still put a couple of quid on the 100-1 outsider. Not because we’re all foolish optimists who refuse to believe the glaringly obvious, but because we’ve seen it happen.

For the older generation there was Foinavon in 1967. Lagging behind 27 other runners as they approached the 23rd fence, there was a pile up resulting in a melee that horse and rider were able to avoid and romp home to victory.

More recently there was Mon Mome in 2009. Venetia Williams becoming only the second woman to train a Grand National winner.

Chelsea, Manchester City and Arsenal may well be the stallions in the race. The bookie’s favourites who are ready to slug it out in a three-horse tussle for the title.

Paul Tomkins has written an excellent, well argued piece about precisely why Liverpool won’t win the league this season. History is not on our side. Too many factors need to go our way, too many things need to happen.

Brendan Rodgers needs to tell his team to take it one game at a time. For every decimation of Arsenal, there has been a lack of concentration against Aston Villa. Each pulverisation of Tottenham can be matched by a loss to Hull.

But the fans. The fans. We have no such need for sensibilities to be upheld. Fan is short for fanatic, after all.

When the crowds gather at Aintree in April they’ll have their betting slip marked with a favourite or two. But you can bet your bottom dollar that more than a few of those that attend the meet will have a slip containing the name of a 100-1 shot.

And if that rank outsider is still within galloping distance as the horses clear the final fence they won’t be stood on the sidelines, nervously wringing their hands and saying ‘it isn’t going to win’.

The crowd at Aintree will stand as one, spit flying from the mouths of all who watch and cheer. Like a pack of baying dogs, straining at the leash they’ll roar, they’ll shout, they’ll scream their horse on to victory.

If it takes a tumble, if it fails to find it’s stride, there won’t be tears or upset. It was never supposed to win. There’ll just be a feeling of awe that it was even in the race to begin with.

Whether you watch Liverpool Football Club at home or away, in Tuebrook or Taiwan, now’s not the time to be saying ‘we’re not going to win the title’. Now’s the time to scream and shout. To roar and rage. 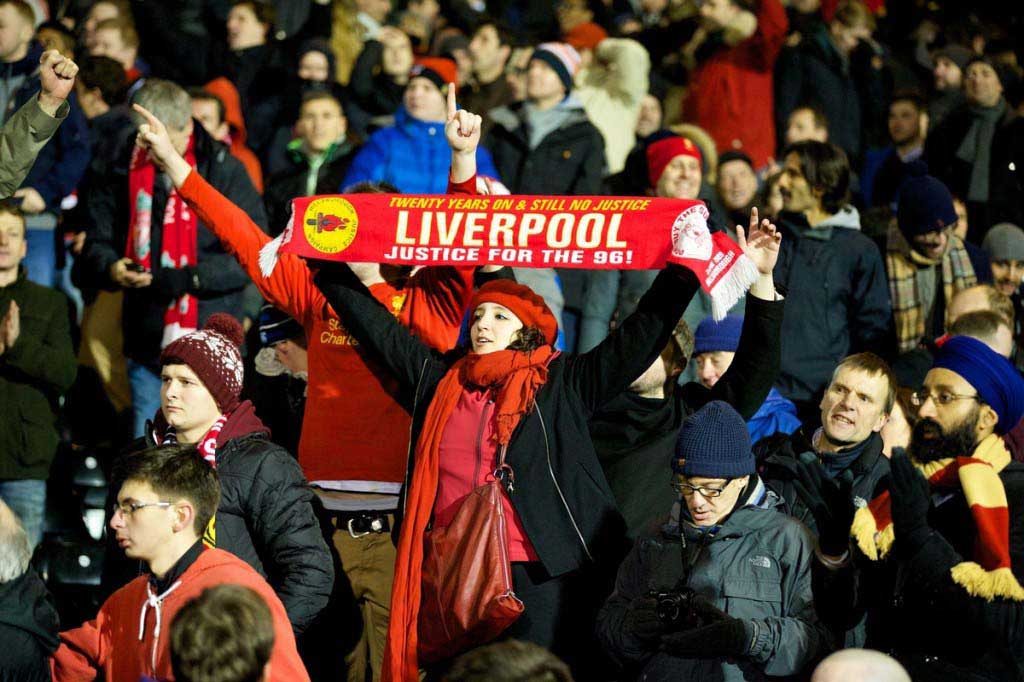 Let the players and the manager do the sensible thinking. Your hand is clinging on to a betting slip with the name of the 100-1 horse scribbled on it, and it’s racing down the final furlong. The mud is ripping up from the ground with the raising of every hoof; the air is thick with the steam from your horse’s nostrils as its legs stretch out and carry it ever closer to the finish line.

The closer we get to the end of the race the more important it is that we all need to be not fans, but fanatics.

Every time a ball is kicked we need to cry havoc, and let slip the dogs of war. We are Liverpool Football Club. A stalking horse. A once mighty horse remembering what it is to win.