JEEPERS KEEPER AND THE CASE FOR THE DEFENCE 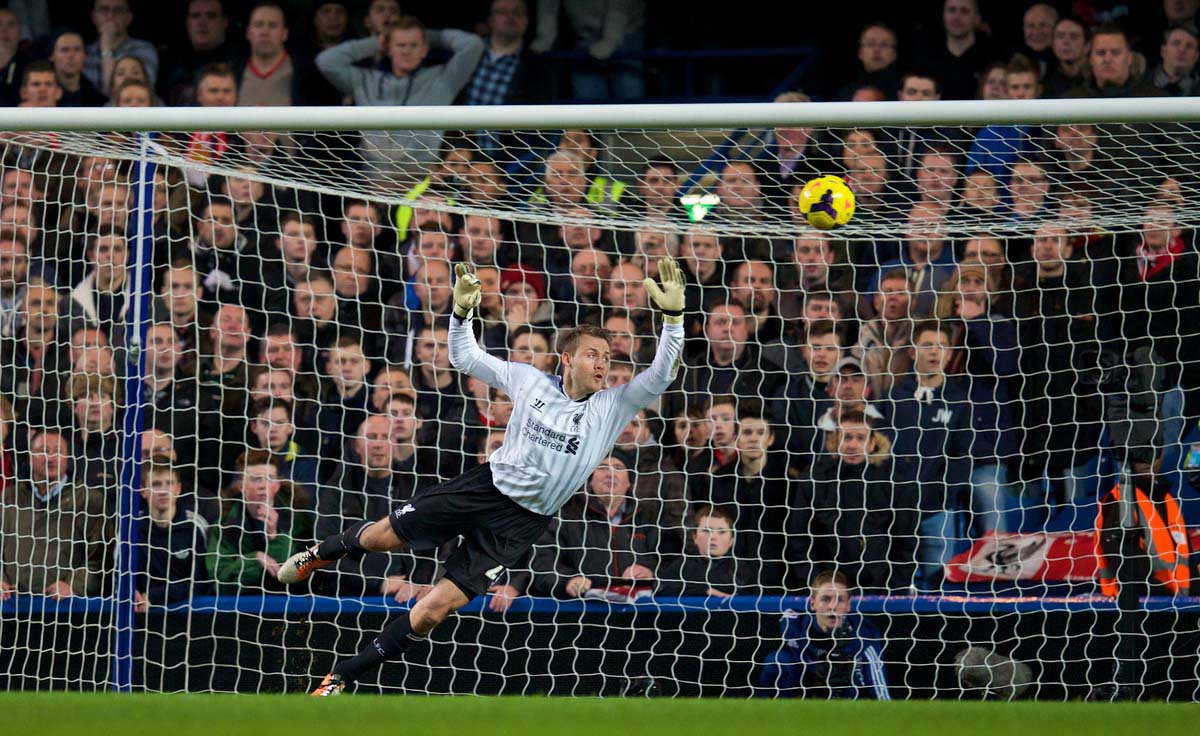 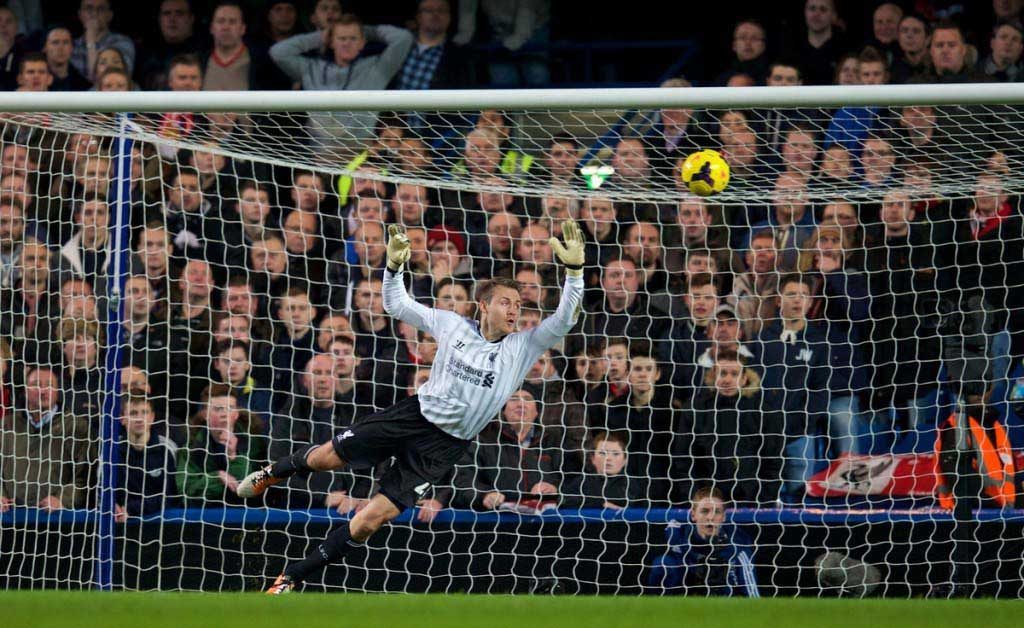 BEFORE we took to the field against Swansea City I’d felt the need to state the case for the defence of the defence. Having sat through the startling, entertaining – at times bewildering – and certainly nervous laugh-provoking 4-3 win against our opponents from South Wales on Sunday, I’m no longer sure I can defend what is tantamount to the almost indefensible.

In the three hours that followed the suspiciously-named Michael Jones blowing his whistle to signal the end of not just a remarkably open football match (which seemed to be played out to a backing track of the Wacky Races theme tune) but also a refereeing display that could not unreasonably be described as an ‘awayer’ – I was not able to blink on a regular basis.

The beauty of this season so far has been that it’s a bit of a blast from the past. 2013/14 will roll on into the month of March without it having yet been reduced to a one or two-horse race. Each side involved in this title race, and, yes, we now have to be bold enough to admit that is exactly what we are involved in, has its clear strengths but each side also has what appears to be very glaring weaknesses.

Manchester City are a bit iffy on their travels and have been disrupted by injuries to Sergio Aguero. Chelsea are perhaps carrying a few too many ‘pensioners’ to sustain them during what is shaping up to be a fast-paced run in. Arsenal, for all their flair, exuberance and moral indignation at everything and anything that could be classed as ‘agricultural’ continue to display a soft underbelly and lack the peace of mind to be able to ignore the demons that lurk around the corner of each and every setback for them.

And Liverpool? Well it’s pretty obviously the defence. And by the term ‘defence’ I throw the goalkeeper into the equation, too. Here is where I find the urge to state the defence for the defence despite some of their actions and many of the stats giving evidence for the prosecution.

However, individually each singular component of our defence is a fine upstanding pillar of solidity. We have to walk away from the plain black and white stats of the numbers game. Statistics can be used to prove virtually any argument. The great Vic Reeves once said “63.4 per cent of all statistics are made up” – the ambiguity of whether or not Reeves’s statement itself was made up or not isn’t important; the fact that it amused me and has a vague relation to the subject matter of this article leaves me with a sense of contentment, and when push comes to shove don’t we all strive for contentment?

The back five has had to absorb a great deal of upheaval since the end of last season. A change of goalkeeper has been difficult to adjust to at times, as we’ve gone from a traditional Liverpool FC-style sweeper keeper – a type of keeper that Rodgers himself is on record as saying is key to his ethos of play – to a very talented but stereotypical shot stopper: a keeper who is ill at ease with coming for the ball.

In tennis terms we’ve swapped a serve and volley player for a baseliner and the central defenders in particular have had their work cut out to cope with that. Simon Mignolet doesn’t come for the ball, and in a world of teaching old dogs new tricks, he’s unlikely to ever overcome his natural instincts to stay rooted to his six-yard box. At times it drives his central defenders to distraction. 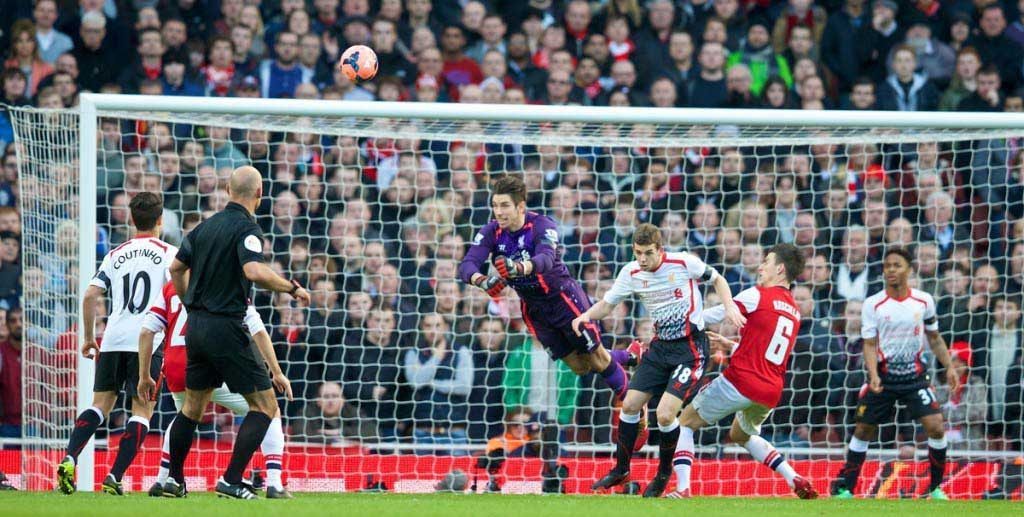 The FA Cup game at Arsenal was quite telling. When Brad Jones came for the ball in the more natural manner you’d expect of a Liverpool keeper, his defenders weren’t anticipating his arrival, having become accustomed to Mignolet staying put. Much tends to be made of the importance of the spine of a team, but the triumvirate of goalkeeper and his two central defenders is vital, and it needs to work in a symbiotic manner. We ended last season with a goalkeeper–central defensive threesome of Pepe Reina, Daniel Agger and Jamie Carragher, with Martin Skrtel dropped in favour of Carragher around about this time last year.

Now that Reina and Carragher are no longer an option, and Agger has been restricted to just 10 league starts, it amounts to massive change in what is undeniably an unforgiving part of the pitch. Skrtel has risen again this time around, performing fantastically in an individual capacity, yet a defensive unit isn’t designed to thrive on individual excellence alone. Skrtel has coped startlingly well with a revolving door set of central defensive partners, constantly changing full backs and a keeper who doesn’t leave his six-yard box without the need of pure oxygen and a midfield ahead of him that has the natural impulse to storm up field to join in with the exciting and fun world of scoring lots of goals.

With 11 games to go it doesn’t seem to matter in many ways. This feels like a season that will stand alone as a testament to the most beautiful and bizarre excesses at both ends of the pitch.

“We’ll come unstuck defending like that against the top teams,” say the naysayers. But we don’t have to face any of the teams above us away from home between now and May. How ace is that?

We score goals for fun. The problem ahead of us now is that with the postponement of the game at home to Sunderland, our next three games are away – of the next five games four are likely to be away. If we come through the other side of that run of games still within touching distance of the summit then the dream can become blissful reality.

Four home games in the last six? We just have to make sure we’re still at the party by the time those last half dozen games come around.