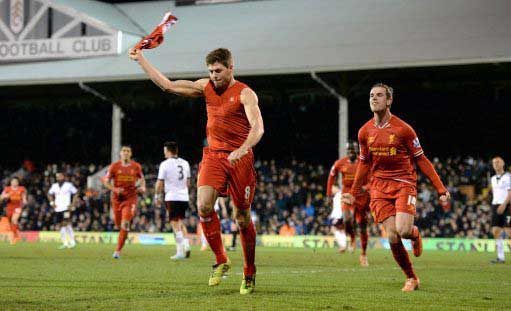 DEMONS. All day. Demons. They won’t shut up.

Fulham away. I hate Fulham away as a fixture. Hate it. The formbook goes out the window. For every Yossi there is Lee Mason sending a billion of ours off.

All day the demons. The noises. The ‘don’t get carried away’ sense shouts. They love them. I’ve seen them. Henderson, MacIntosh and Tomkins. Good men possessed into saying it can’t be.

The tantrum havers. Don’t say it. Don’t dream of saying it. We’ll only let ourselves down if we say it. It’s unseemly.

The demons, they speak through them.

Blocking them out has grown harder and harder as we get closer to kick off.

First bad call of the day – watch on a stream. The demons love a stream. Stuttering. Imperfect. Solitary. Your relationship becomes just them and you. No us. A me. A me. A me. And what do I think?

The shape isn’t great and they are countering us. Not meant to be this way.

Pressure though. The Reds had done pressure. Actual pressure when not playing well. Yes. 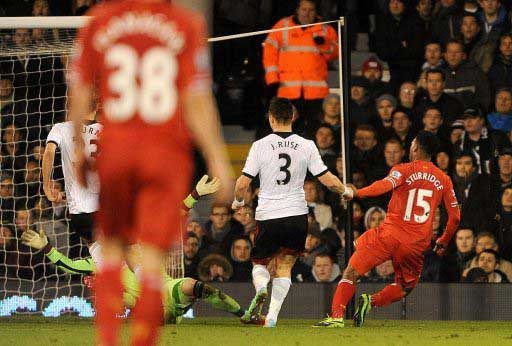 Half time I walked about six miles around a one-bedroom flat.

Second half more pressure. Waves of pressure. 24 Hours In A&E going on behind me. Christ almighty.

The demons are at the door. Clawing. Biting. Hammering. Jamming. Stream jamming. Brockle urges. Loads of time. Stare them down. Go out, man.

Coat on. Shoes on. Open the door. Stare them down. Duke St’s finest bar. Name redacted to protect the guilty.

Chris McIntosh doing the bingo. The match on. 2-2.

He’ll score. No demons. Not now. No doubt. Walk. Around. Him.

And Liverpool see it out. Come from behind away from home. Grind it. Pressure. Win when not playing well.

But rewind. Walk around him. Look at him. Wheeling away. Shirt in his hand, screaming, a football team descending on him, a city collapsing in on him, his shoulders broad a thousand times over, broad again.

I dare you to look at him. Demons. Naysayers. Look at him. Battle for fourth is it? His jersey a circular blur. Just about getting back into the CL is it?

Let’s be clear. 4th place this campaign would be a significant achievement for the football club. One which should be applauded and welcomed. Everyone walks away head held high. We know that.

But he’s walked among the stars. You dream of it, he’s done it. Everything you can in club football. He’s done 4th, he’s done 3rd and he’s done 2nd.