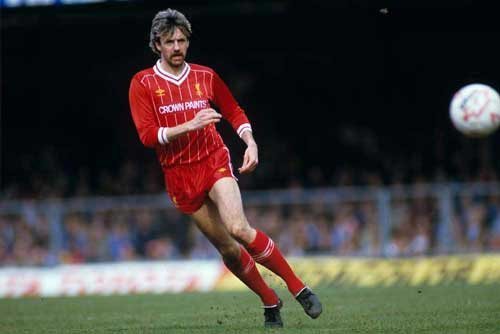 I’M under no illusions here. This is a tough call.

Just over a year ago, The Anfield Wrap invited a host of contributors and journalists to cast their gaze over the pun-slinging misery filter that is television’s Mark Lawrenson and to offer up a reasoned judgement as to his unique take on football punditry. The verdict was unanimous. To be honest, it wasn’t pretty.

The levels of animosity directed towards this near-mythical ‘Lawro’ character were on a scale usually reserved for seal-clubbers, war criminals, and glad-eyed 70s TV presenters. No personality trait, mannerism or physical attribute went unshredded. The takedown was meticulous and brutal – there was no hiding behind grassy knolls, this was very much an assassination carried out in plain sight.

Clearly, Lawrenson had become a despised figure. And, arguably, those who despised him most were supporters of the club with whom he had made his name. Where had it all gone wrong for the man they call ‘Lawro’?

Actually, there’s no real mystery. Many of the criticisms aimed at Lawrenson and his style of analysis (such as it is) were impossible to refute. You only have to think of the ennui-fuelled commentaries, possessing all the insight and warmth of an abandoned quarry, the failure to accept that even the most rudimentary research might enhance his awareness or the clumsily ill-advised dismissal of the Kop’s six minute ’Justice’ protest during the Arsenal FA Cup tie in 2007, to understand that.

As Iain Macintosh noted, there’s also the fact that Lawro remains the only person outside of Louis Walsh and Corrie’s Steve McDonald to use the desperately ironic ‘…Not…’ neologism at the end of a statement and still believe it bestows on him a degree of quirky charm rather than the air of a man forever struggling to come to terms with the advent of the digital watch. Some things are hard to forgive.

It seems that the protests have not been in vain. Lawrenson’s appearances on Match of the Day have been dramatically and deliberately curtailed this season. Though many would see this as a measure long overdue, it leaves us squarely at the mercy of the Shearers, Savages and Kilbanes. The BBC, like God and Ian Duncan Smith’s internal empathy barometer, clearly moves in mysterious ways.

I just can’t bring myself to cast him out to the Disgraced Ex-Player Hinterland, a cold, unforgiving wilderness that echoes with the braying taunts of El Hadji Diouf, the joyless ‘bantz’ of Neil Ruddock and the pathos-fuelled self-justification of Michael Owen.

And that’s because I don’t recognise this discredited figure that so irks the football purist. I choose not to make the link between ‘Lawro’ the cartoon alter ego, ‘Lawro’ the pantomime dame, ‘Lawro’ the human raincloud, and Mark Lawrenson, the player that graced Anfield with his class and consistency for much of the 80s.

In my world, ‘Lawro’ is the court jester, Mark Lawrenson is the rakish knight slaying dragons atop a silver-maned steed. He’s the lycra–clad superhero with telescopic limbs, intervening to save the day when all seems lost. He’s … just about the best defender I’ve seen in a Liverpool shirt. And I don’t say that lightly.

It’s not out of any misplaced sense of loyalty that I feel the need to go public with this. I’ve cringed along with everyone else at his laboured attempts to portray an apathy that he assumes the footballing Everyman shares. While it doesn’t rouse in me the same level of anger that others seem moved to (ultimately, it’s just a bloke moaning about the footie – is it worth getting stressed over?), it’s obvious that with every pre-scripted quip and under-developed opinion, his standing among Liverpool supporters plummets still further. And this bothers me. It shouldn’t. But it does.

Maybe it’s an age thing. In reality, unless you’re hurtling inexorably towards your forties you’ll be hard pushed to recall Lawrenson, the player. We’ve reached the stage where many see this relentless fun sponge, with his haircut from a 1970s barber-shop chart and his impressive array of Burtons ‘Party Season’ shirts, and wonder exactly why they should feel any connection or affinity with him.

Well, allow me to take you back to a simpler time. When analysis of football on television consisted of Jimmy Greaves speculating on the comic potential of goalkeepers in ‘Chilly Jocko Land’ and ended at the tip of Jimmy Hill’s chin. Great days, my friends, great days.

When Mark Lawrenson achieved the impossible one brisk afternoon in March 1980, shackling the genius of Kenny Dalglish in a manner no-one had accomplished since his arrival at Anfield two and a half years earlier, Bob Paisley knew he had seen the future of Liverpool’s defence. With Emlyn Hughes gone and Phil Thompson entering the autumn of his career, Paisley had no qualms in smashing the club’s transfer record to get his man. £900,000 was rarely so well spent.

What soon became apparent was that Lawrenson was so much more than just another stopper. He exhibited uncommon composure in possession, tackled with the precision and timing of a vintage Rolex and had the gift of a footballing brain. Consequently, he could perform with equal aplomb in a range of positions. I don’t just mean he was deployed as full-back due to a shortage of options, or was asked to fill in as a holding midfielder in an emergency, tactical choices borne out of desperation that automatically signify a player’s versatility in the modern game. No, Lawrenson could play anywhere across the defence, anywhere across the midfield, and still attain a standard that few specialists could dream of.

His Liverpool career started at left back, ousting cup-final goal magnet, Alan Kennedy, from the team. With his assuredness and quality visible from the off, he immediately became a fixture in the team, a comparative rarity for newcomers at the time. Though by the end of the 1981-82 season he was firmly entrenched in the centre of defence, partnering both Hansen and Thompson at varying intervals, the first half of the following season saw him moved forward alongside Graeme Souness in the heart of the Liverpool midfield.

Given the successes that subsequently came to the club with Lawrenson in situ as an integral part of a miserly back four, it seems churlish to speculate as to what may have transpired had he been retained in a more advanced role. But it is indicative of his impact that, had it become a permanent arrangement, I firmly believe we’d now be talking about the most imposing midfield combination to grace the Anfield turf.

The traits that made him such a consummate presence in the defence – strength, speed, tactical understanding and comfort in possession – were allied to a willingness to break undetected from deep and a previously dormant eye for goal. I still recall the ease with which he twice strode through the Southampton backline, like Red Rum in the Donkey Derby, to dispatch the ball past a bemused Peter Shilton, while Souness prowled and probed with the authority of a mountain lion protecting his cubs.

As it is, with Lawrenson and Hansen ultimately becoming a long-term fixture at the back, there is consolation to be had in bearing witness to the finest defensive partnership in our, or, frankly, any other British team’s history. I think I can accept that.

Between them, they encapsulated everything that defending should be about yet rarely is. Both able to read a game, both with the skill to embarrass lumpen centre forwards, both as comfortable with a ball at their feet as Jose Mourinho in a roomful of mirrors. Given the eventual trajectories of their reputations amongst Liverpool supporters, it seems odd that, at the height of their supremacy, it was Lawrenson who received most plaudits from the casual football observer.

While Hansen was mainly reliant on craft and anticipation to dispossess opponents, operating with the finesse and subtlety of a surgeon, Lawrenson was a master of the forgotten art of tackling. Never has there been such a technically adept exponent of removing ball from player without incurring the wrath of the referee. It was a familiar sight: an attacker unable to believe his good fortune, advancing towards an unprotected goal, drawing back his leg to deliver the decisive strike, an elastic leg appears from nowhere, ball and opportunity disappear, Mark Lawrenson emerges like a silent thief in the night and initiates another Liverpool assault. Textbook.

Injury brought Lawrenson’s Liverpool career to a premature end. A ruptured Achilles, sustained at home to Wimbledon in 1987, was too serious a blow to recover from. He was just 30 years old. His final act as a Liverpool player was to smash the ball high into the Main Stand during the famous win against Arsenal early in 1988, the day that McMahon’s perpetual motion created a tap-in for Aldridge and Beardsley’s shimmies and dink over the keeper delighted the nation. Amid the exhilaration, Lawrenson’s was an act of frustration and closure.

If that had been the last we’d ever heard of him he’d be revered as a legend to this day. If ‘Lawro’ had never existed, Mark Lawrenson would have received the acclaim his phenomenal ability warranted. Instead he has become a figure of derision, a stereotypical lazy, uninformed pundit, a lightning rod for the growing dissatisfaction with the standard of football analysis across the mainstream media.

That’s the tragedy of Mark Lawrenson. And, as he sits in his well-appointed Southport des-res, looking out wistfully as red-clad well-wishers leave trinkets of appreciation at the doors of his neighbours, the Hansens and the Dalglishes, men whose legacies have endured, maybe, just maybe, he knows it. And maybe he wishes things had been different. Maybe, like a sports-casual Dr Frankenstein overwhelmed by the horror of his creation, he secretly wishes he could destroy ‘Lawro’ and find his way back into Liverpudlian hearts. Maybe we can all go back to the way it used to be. Maybe.