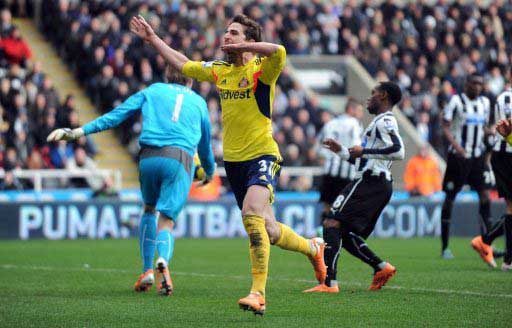 WITH another goal under his belt for The Black Cats in Saturday’s Tyne-Wear derby, on-loan Fabio Borini is certainly making an impression at Sunderland. But just how good has the Italian been during his spell at The Stadium of Light? We asked ADAM DELICATE from Mackem fanzine A LOVE SUPREME to tell us more.

WHEN Ki Sung-Yueng and Fabio Borini arrived at Sunderland late on in August the deals screamed of desperation. However, these two have developed into key figures of the roller-coaster season we’ve had.

The Italian, 22, arrived with only 20 appearances and two goals under his belt from his time at Liverpool but he has got better and better as the campaign has gone on.

He arrived billed as an £11 million striker but he has been playing predominantly out wide. Initially, this was out on the right but Gus Poyet likes his wingers to be inverted, playing on the opposite side to their strongest foot, so he’s out on the left now.

The position seems to suit him, as his movement means he is always providing an option for the likes of Ki, Jozy Altidore and Adam Johnson to find him. He also has a great work-rate and protects his full-back really well.

So far this season, he has five goals and two assists to his name in all competitions. Not at all bad for someone who has been playing as a winger for a, until recently, struggling side.

Borini’s form has taken a real upwards turn recently and it seems he, like the team generally, is flourishing under the tutorship of Poyet.

He has a canny knack of scoring important goals and seems to love scoring against the Scum (always a good thing) [TAW: Think he means Newcastle…..].

If you look at his five goals, two have been against them up the road. The first one being the great derby-winning ‘visualised’ goal, the second being the confident penalty he took at Sid James’ Park this weekend.

His other goals: The last minute equaliser against Chelsea in the League Cup from an acute angle, another was a vital goal shortly after going 2-0 down at home to Southampton. Then there was the spot-kick against Man United in the first leg of the cup semi-final.

He could improve on his two assists, which I’m sure he will do given the effort he puts in, but being a former striker he clearly isn’t an out-and-out winger, more of an attacking outlet for his teammates to utilise.

I spoke with a Brighton & Hove Albion journalist when we appointed Poyet as manager and he claimed the Uruguayan liked to have one natural winger and a wide forward on the wings, and he has that now in Johnson and Borini.

So is there a place for him back at Liverpool? When Brendan Rodgers has played a front three consisting of Luis Suarez, Daniel Sturridge and Philippe Coutinho you have to say they are a very good trio and hard to better to be fair.

In my, admittedly biased, opinion he could offer more than Raheem Sterling in the final third and is definitely a safer bet than Oussama Assaidi, when (or if) he returns from his loan at Stoke.

But he needs a run of games and confidence, as most players do. Being on the bench regularly for Liverpool would obviously deny him of that. 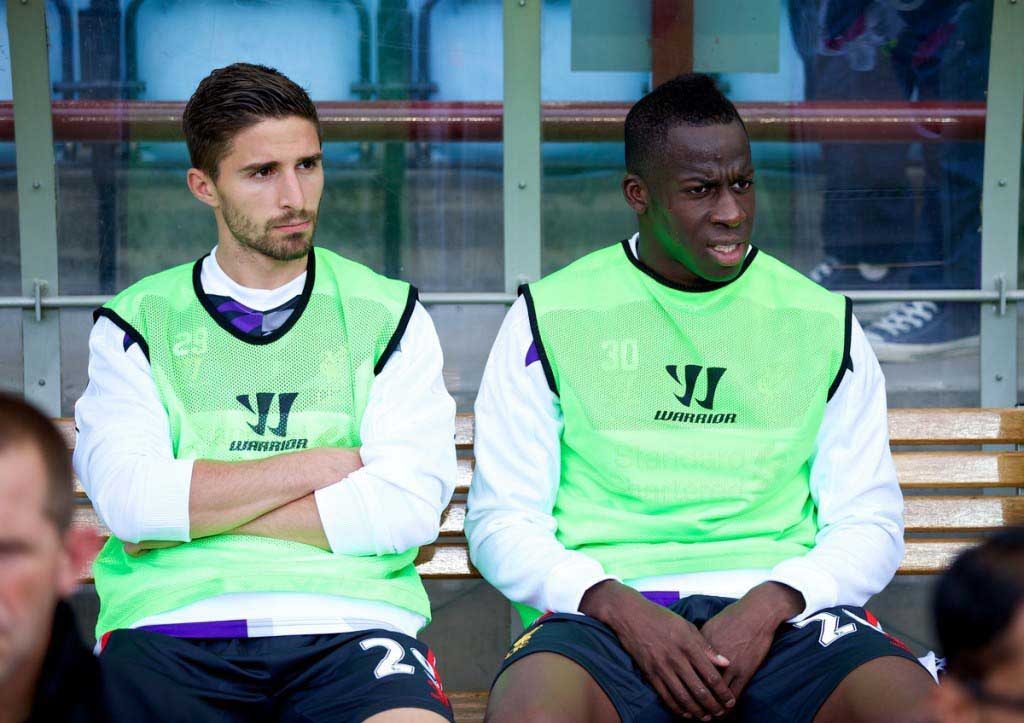 Borini has become a popular figure on Wearside with his ‘Mag-slaying’ abilities and his quirky ‘knife-between-the-teeth’ goal celebration and he’ll hope that his performances in the red and white stripes can secure him a place in Italy’s World Cup squad.

I wouldn’t go as far as saying he can be considered a flop at Anfield, he’s hardly had a fair crack of the whip there and was unfortunate with injuries, but he would face tough competition for a regular place if and when he returns. But he would become a big cog in our team going forward. I really do hope we can make his loan permanent, but I have a gut feeling Brendan Rodgers will want to keep him.