PODCAST: WITH HOPE IN HER HEART 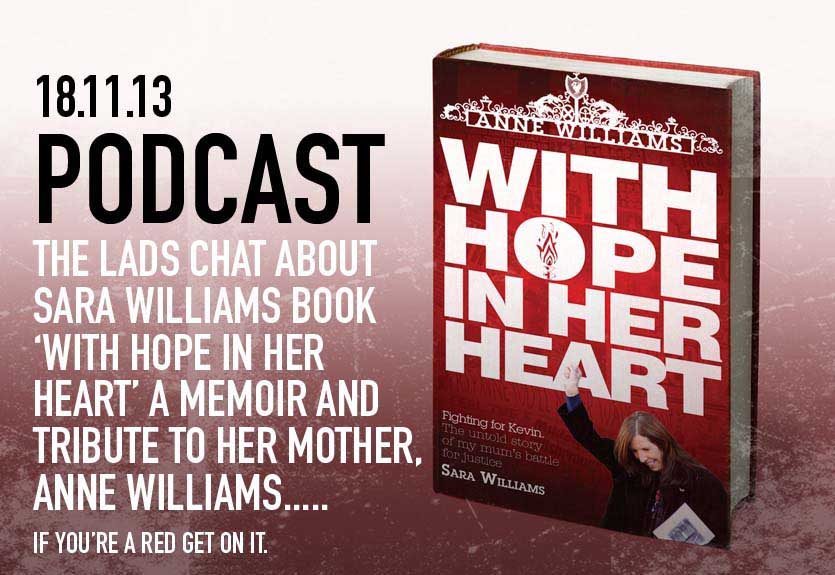 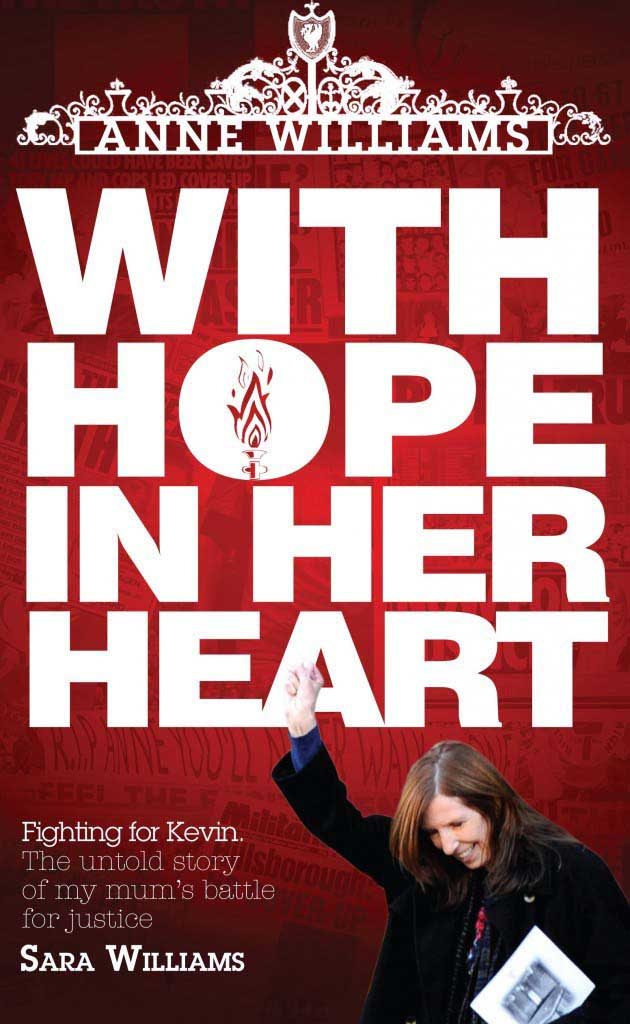 Neil was joined by Dan Kay, Steve Graves and David Bartlett as they chat about Sara Williams’ book ‘With Hope In Her Heart’, a memoir and tribute to her Mother, Anne Williams.

SARA WILLIAMS: WITH HOPE IN HER HEART

DIRECT LINK TO PODCAST: WITH HOPE IN HER HEART

This was the last word that 15-year-old Liverpool fan Kevin Williams said as he lay dying, one of the 96 tragic victims of the Hillsborough disaster. Kevin’s mum, Anne, was not there to answer his call but she never let her son down.

From that fateful day, April 15, 1989, Anne embarked on a remarkable 24-year battle to see justice done. Convinced of a cover up by the powers that be, she left no stone unturned in her quest to reveal the truth. It was a campaign that she fought to her dying day before succumbing to cancer at the age of 62 in April, 2013. Even then, just days before she died, she found the courage to attend the annual Hillsborough memorial service at Anfield. It was there that she received an emotional tribute from fans for her role in the historic breakthrough of September 2012 that saw the release of official files prompting a public apology to the Hillsborough families from Prime Minister David Cameron and the quashing of original inquest verdicts.

Throughout it all, daughter Sara was with her every step of the way. Now she tells the real story of her mum’s remarkable journey – her spirit in the face of the many demoralising setbacks and her defiant refusal to accept defeat. Anne’s final message before losing her own fight for life was ‘I never walked alone’.

THE BOOK IS DEDICATED TO EVERYONE WHO HAS EVER FOUGHT FOR JUSTICE IN THE NAME OF THE 96.