Get yer Scouse in order… 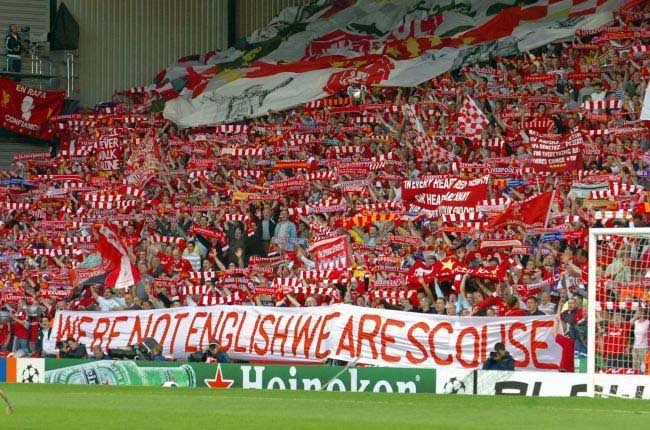 “WE’RE not English we are Scouse!”

It’s the chant that irritates opposing fans more than any other. You can see the bewilderment; the disgust. You can almost see the thought process: “What makes you so different? What makes you special?”

Even within Liverpool, there are people who think that the sense of uniqueness, the separate identity, is an affectation. It is similar, they believe, to Manchester United supporters adopting the Argentinean flag after 1998 and the demonisation of David Beckham.

They are wrong. They do not understand where the notion of Scouse came from – or where it’s going. Sadly, the same is true of some of the most ardent proponents of the city’s individual identity.

What is Scouse? Almost everyone knows it began as a cheap stew, lobscouse – a word with Scandinavian origins. What most do not know is how recently it came to describe the inhabitants of the city. The word only crept into the vocabulary of north Liverpool after the First World War. It came into use in the dense slums between Scotland Road and the Mersey. It probably made transition from insult – Scouser being originally those who struggled to survive on the most meagre broth – to a tag of pride.

The Oxford English Dictionary claims the first usage of Scouse to be in 1945. They were 25 years behind the times. But one thing is certain. People described as Scousers – like the great James Larkin – would not have recognised themselves from the term.

What would they have called themselves on the streets of Liverpool before the First World War? ‘Dicky Sam’ was one term, thought to mean ‘imitation Americans’. The sea trade with the United States meant that American fashions were always to the fore in the city – in the 1950s the ‘Cunard Yanks’ set the stage for the Beatles – but this phrase sounds more like an insult.

Wack, or Wacker still gets used, most often by those from outside the city, but there is a sneering ring to the word. How would the likes of Larkin have referred to themselves? Simply as Irish.

If Scouse, the dish, is a stew, so is the identity. The seaport brought together myriad cultures which helped shape this character. But its main ingredient is Irishness. The Liverpool we know was formed in the half decade after 1847, when the Potato Famine funnelled millions of starving immigrants into the port – “the nearest place that wasn’t Ireland.”

Many used it a jumping off point for the Americas or Australia, but enough remained to change the nature of the town. Particularly in the North End – bounded by Tithebarn Street, Great Homer Street, Boundary Street and the river – the city became a different country. The Scotland Road electoral district voted TP O’Connor, an Irish Nationalist MP to Parliament between 1885 and 1929. 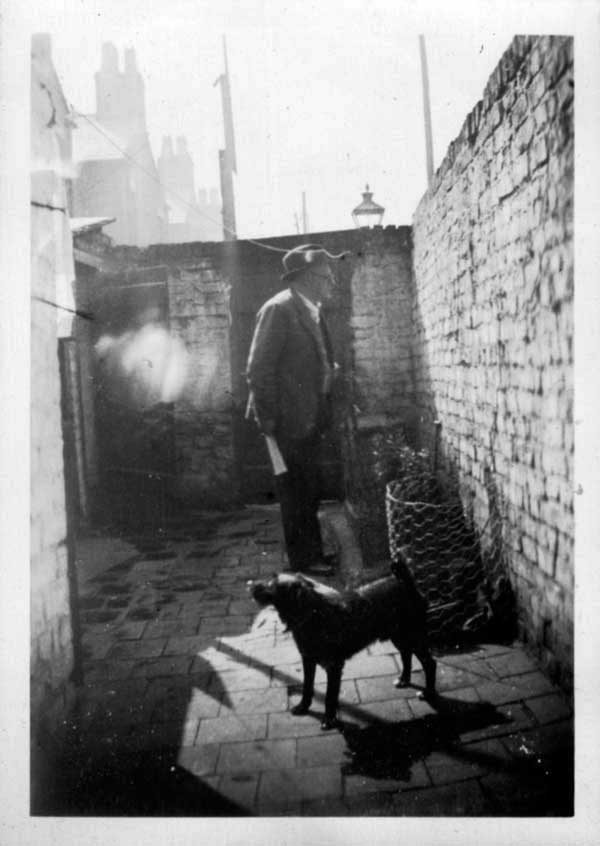 The relationship between Liverpool and the rest of the country was shaped and defined by this idea of an alien group of people within the body politic of England. This was the original enemy within. The people of Liverpool did not have to wait for Margaret Thatcher to be institutionally criminalised and regarded as outsiders.

Punch, with its cartoons of Irish as apes, captured the mood of post-Famine England with this satire from 1862:

“A creature manifestly between the Gorilla and the Negro is to be met with in some of the lowest districts of London and Liverpool by adventurous explorers.

“It comes from Ireland, whence it has contrived to migrate; it belongs in fact to a tribe of Irish savages: the lowest species of Irish Yahoo.

“When conversing with its kind it talks a sort of gibberish. It is, moreover, a climbing animal, and may sometimes be seen ascending a ladder laden with a hod of bricks.”

The ‘creatures’ in London were outnumbered and subsumed by the capital city and became part of its fabric.

In Liverpool, assimilation did not happen. It took much longer. When, four generations on, the Famine families found their links with Ireland stretched beyond where it was reasonable to consider themselves Irish, they became something else: Scouse. They still did not feel English.

Citizens of Liverpool often feel the media treat the city differently to other places. Outsiders attribute this to ‘self-pity syndrome’. In reality, it is rooted in the anti-Irishness that stretches back to the nineteenth century.

Crimes committed in Liverpool – like the Tithebarn Street outrage in 1874, where a man walking with his wife and brother was kicked to death while scores of people looked on – created a national sensation.

Incidents like this happened elsewhere but Liverpool was always portrayed as wilder, drunker and more violent.

Salford’s Scuttlers caused as much disruption as the High Ripper gangs of Scotland Road but the whiff of Celtic violence made it more sinister to the general public. It was easier to write off the violent confrontations that arose out of the crushing economic conditions as Hibernian wildness.

The transport strike of 1911, which brought Royal Navy gunboats on to the Mersey, was more palatable when dismissed as ‘Pat-riot-ism’ rather than recognising this was serious and potentially revolutionary social disorder on a grand scale.

Commentators still refer to Liverpool as ‘the capital of Ireland’. It effectively says: “They’re not English…” Yet the same pundits will sneer at the merest suggestion of Scouse particularism.

The notion of Scouse began to seep out of the Scotland Road enclave in the 30s and 40s and began to be embraced by those from outside the ‘Irish Slummy’ background. However, even in the Orange communities, where a picture of the Queen adorned every household, there was a knowledge that this culture was outside the mainstream of English life.

When Kenneth Oxford retired as chief constable of Merseyside Police in 1989, he said the most difficult part of the job was controlling ‘the Celtic fringe’. Scousers, from all ethnic and religious background, were still outside the pale of English society.

By the 1960s, the accent was distinctive and projected to the world by The Beatles. The south Lancashire tones of the pre-Famine seaport and the Irish of the post 1847-North End had fused into something quite different. This was the high water mark of Scouse culture. 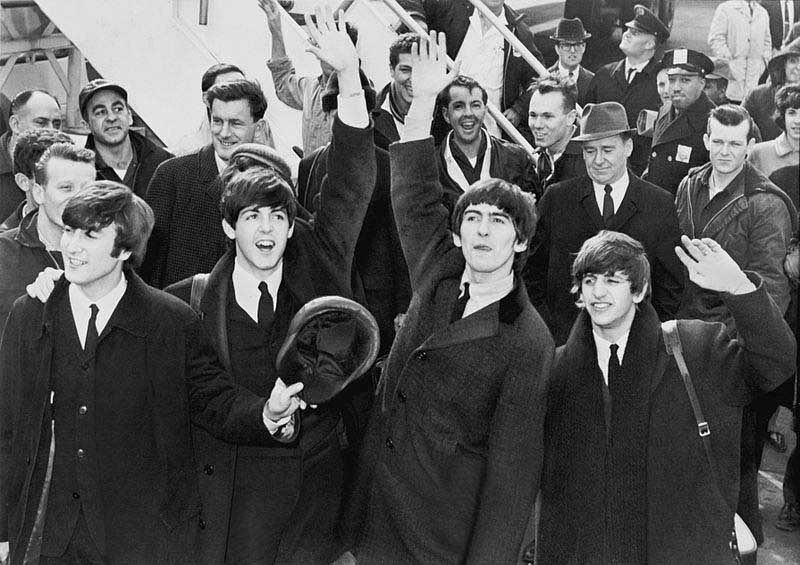 The football teams, too, became flag bearers for identity. In Newcastle, Leeds and Birmingham, civic identity is overlaid by national pride. For many Scousers, the lack of connection to the state left a vacuum. This was filled by the football teams, Liverpool in particular.

For the rest of the world, the 1960s are the apotheosis of Scouse. Yet, the 80s saw it at its height. With a hostile government in power, the city showed its best qualities: resilience, unity, creativity and radical politics in the tradition of Larkin were all to the fore.

The forays to Wembley for the League and FA Cup finals gave Scousers a chance to display their identity and togetherness in the capital. There was a consciousness of heritage but the divisive components of the city’s history had receded to the point that they were almost inconsequential. The accent would never be more distinct.

Now? As the Thatcherite philosophers predicted, history is over. Few know or care about the genesis of their identity. The bonds with Ireland are long gone and the influence of the accent is fading from Liverpudlian tones. Lancashire is creeping back in around the edges.

Town is a shadow of its former self. The pubs and drinking dens of the city – even 20 years ago – felt unique. Now, the bars have a cosmopolitan, international feel. You could be in Tokyo, Los Angeles or Sydney. And the bright young things love it.

Liverpool One is hailed as a triumph. Yet it could be Newcastle One, Manchester One or Milton Keynes One. It chewed up the oldest dockside pub in the world, The Eagle.

During World Cups and European Championships, crosses of St George abound and as many people are horrified by booing the God Save the Queen as try to drown it out. A hard core will cling on to their Scouse separateness but more and more people from the city are marching in step with mainstream England.

Without a sense of tradition and a clear notion of distinctiveness, Scouse will become just like Geordie: a regional variation of Englishness.

That might be enough for some, but something special will be lost. Scouse is an accident of history. Its roots are not being nurtured enough. It will die soon and be replaced by something commonplace.

At least I’ll be dead, too…

• This article was first published in issue one of The Anfield Wrap’s free magazine. Editions 1-3 are available to download for Apple iDevices here: https://itunes.apple.com/gb/app/anfield-wrap/id583362683

• You can also view the magazine on any computer/tablet/mobile device here: http://app.theanfieldwrap.com