THE CHARLATANS & FRIENDS – A NIGHT FOR JON BROOKES

LAST month the drummer from The Charlatans, Jon Brookes, died at the age of 44 from a brain tumour.

Having fought the disease since 2010 and after undergoing a number of operations Jon had been able to return to working with the band on new material during the summer before he passed away in hospital in August.

The band have announced that they are going to do a special show at the Royal Albert Hall next month, proceeds from which will go to a charity important to Jon.

In a statement on their website The Charlatans explained why they are doing this show:

“Following the loss of our much missed friend and drummer, Jon Brookes, we, together with some friends, are putting on a show at the Royal Albert Hall on Friday 18th October 2013. The show will benefit The Brain Tumour Charity, which Jon was involved with during his illness. It’s our way of raising money for research into and awareness of a cancer that will unfortunately affect many lives as it has ours. We look forward to seeing you at the Royal Albert Hall and making it a night to remember.” – The Charlatans.

Tickets go on sale on Friday at 10am and will be available from See Tickets at the following link:

For those who don’t want to buy tickets a donation can be made instead. More information on The Brain Tumour Charity is available on their website:

See Tickets and the promoter will be donating any profits to the charity. 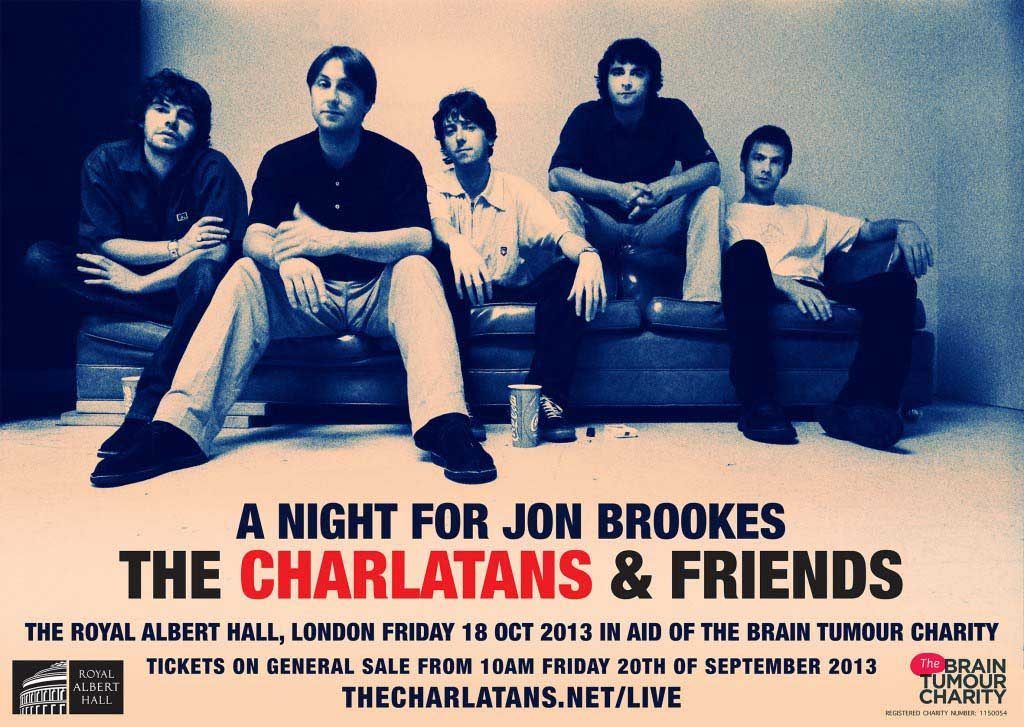