FROM ACROSS THE PARK: SOME CAUTION WITH THAT OPTIMISM

EVEN for a pessimist like me, I usually get quite excited in the days and weeks leading up to the start of the season. But as I’ve grown older it’s sort of coincided with my feelings towards Christmas and that feeling other people get after they’ve first met me in person – the anticipation far exceeds the enjoyment of the actual event.

Now, before I predict a frustrating 1-0/1-1 opening day stinker against Norwich, I do have some debatable evidence that support my point.

Let’s have it right, I’m excited about an Everton side under Roberto Martinez. He seems to have effortlessly fallen into the Everton landscape with more than a little class. He says the right things, he signed players early, he makes Bill happy and he has a nice smile. Smirk at some of those “qualities” I’ve just mentioned, yes, but to me it feels something has been lost in the last couple of weeks that my often criticised scepticism doesn’t sit too comfortable with. 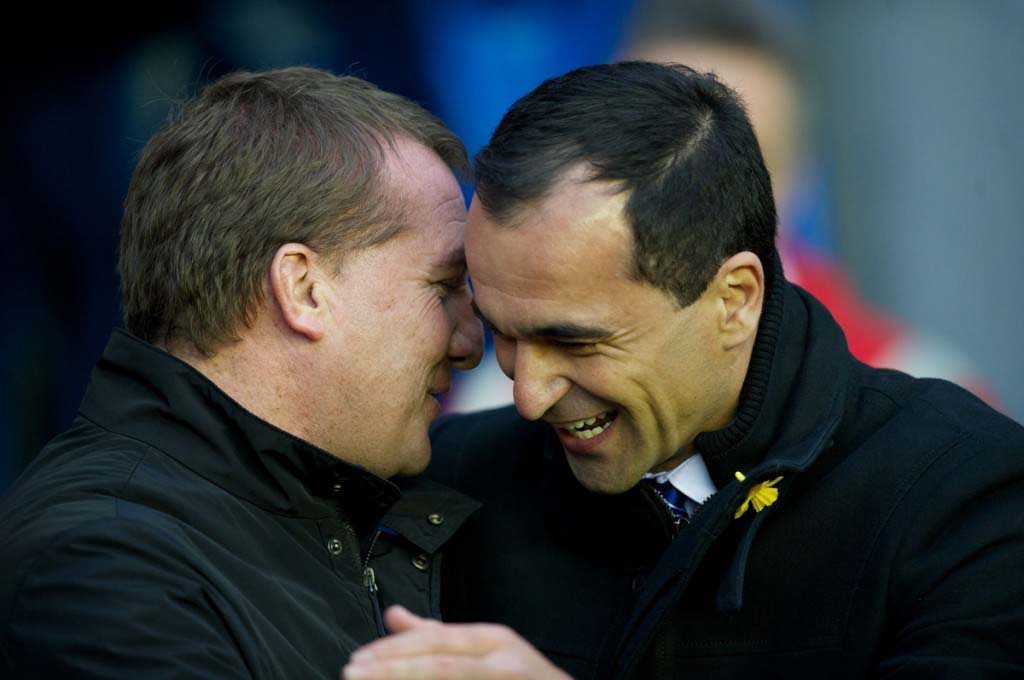 A lucrative trip to America to play some of Europe’s heavyweights was a fantastic bit of PR by the club. Ignore the fans dressed as seats, the jet lag and the fact the side have struggled to perform whilst also conceding goals and Martinez’s start to life at Everton has been flawless. Ok that’s harsh.

But I can’t help but feel there are some gaping holes in the Martinez tapestry that need addressing quickly if he’s to live up to the billing many have over-enthusiastically afforded him already.

At the back we’ve looked inconsistent at best this pre-season– a worrying occurrence given Martinez’s track record of defensive flaws. As exciting a prospect as Everton are going forward when the shackles are removed, we still aren’t the finished article in front of goal and until simply outscoring opponents can be relied upon as a consistent way of winning games, it’s crucial Martinez gets his back line defending as a cohesive unit.

Another concern is the midfield and by the same token, the lack of signings. I’ll admit, I was buzzing when I found out some kid from Barcelona was coming to fire us to an unlikely tilt at the title, but again let’s have some perspective here; this kid is a work in progress and can’t be relied on in any way just yet.

Then there’s the Wigan lads: Robles, Alcaraz and Kone. Fair enough, I can get on board with these. A decent back up for Howard, experienced defensive cover and a striker who proved himself in the Premier League in a relegated side. Enough to whet the appetite but alas, nobody else has joined since.

Am I right to think a new manager should be given a bit more support and especially this year with television rights hand-outs spiralling through the roof? I’m sure we’ll hear more about that very soon, but for now it’s another argument.

For a long time Everton have needed a midfielder and for a long time they’ve seldom looked like addressing the issue which has surprised me given how intelligent Martinez is. Yes, Barkley will get more game time this season but it’s hard to put all our eggs in that basket. Then low and behold Darron Gibson gets injured the week before kick-off. Typical. However, I would’ve thought a midfielder would’ve taken priority when looking at recruitment and even more so given Fellaini’s previously precarious situation.

These issues included, I am still very much looking forward to seeing how Martinez takes on this job. Although the above may sound downbeat, I think a cautious approach is needed and expectations put on the back burner for a while. As easy as it is to forget, it took Moyes eleven years to get Everton to where they are now and that could be destroyed in an instant. I have full confidence Martinez will avoid catastrophe but at the same time there’s no guarantee he’ll provide progress instantly. What he needs is time, yet I have an uneasy feeling that may not necessarily be given so readily considering what fans have become accustomed to in the feel-good factor since his arrival.

Everton have changed a lot over the summer and it has been embraced so far. That needs to remain a constant come what may.