I’m excited. I’ve got a holiday haircut. I was quite pleased with it. Until I saw Raheem’s 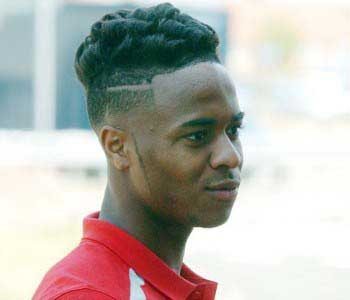 I’m fuming with this. He’s had me right off. I haven’t been this angry since I saw James Dutton ‘stole’ the Suarez video for yesterdays piece. I’m going to look like a divvy now. Nice one Raheem lad.

The reds have landed in Jakarta and got some things put round their necks, and by all accounts a decent welcome by the #IndonesianReds. Steven Gerrard did some very impressive shaking of hands with important people. And people say he isn’t captain material. Ian Ayre was a bad geg. No-one’s arsed about you Ian, they want to see Raheem’s hair.

In other important news the club have released the top 10 countries that ‘like’ LFC on Facebook. They are:

Indonesia? Didn’t see that one coming. Maybe they all saw Raheem’s hair when he landed and rushed onto Facebook to show their approval. We should have done a show there. We’ve missed a trick here Heaton, it would have gone off. Very impressed with Egypt. They’ve had a lot on those lads, but have still found the time to like us on Facebook. USA being behind Mexico is slightly surprising. Disappointed in the traditional Liverpool strongholds of Ireland and Scandinavia. I know you are small countries, but pull your socks up. Or reproduce a bit quicker.

In transfer news we haven’t bought or sold anyone