Peter Reid, sets off with runners part of their 96 mile run between Hillsborough and Anfield 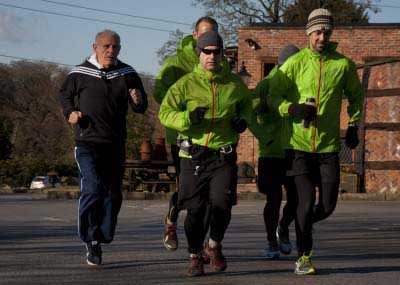 5 April 2013; Stockport, UK: Former footballer and ex-manager of Manchester City, Peter Reid, joins runners for a part of the second leg of their 96 mile run between Hillsborough and Anfield. The run is in memory of the 96 who died in the Hillsborough disaster and is raising money for childrens hospitals in Sheffield and Liverpool. More information www.hillsborough-anfieldrun.com.