Times are tight, but some causes are really worth it

AS you’re reading this, it’s likely that there are seven men who are dealing with blisters, lost toenails, aching legs and nausea. But as with most people who suffer the similar symptoms; it’s all in a good cause.

On Thursday morning at 10am, seven runners aided by a support team prepared to set off from the goal-mouth in front of the Leppings Lane end of Hillsborough, Sheffield. The same turf that almost 24 years earlier two of the team witnessed what no football fan should ever have to see or experience. 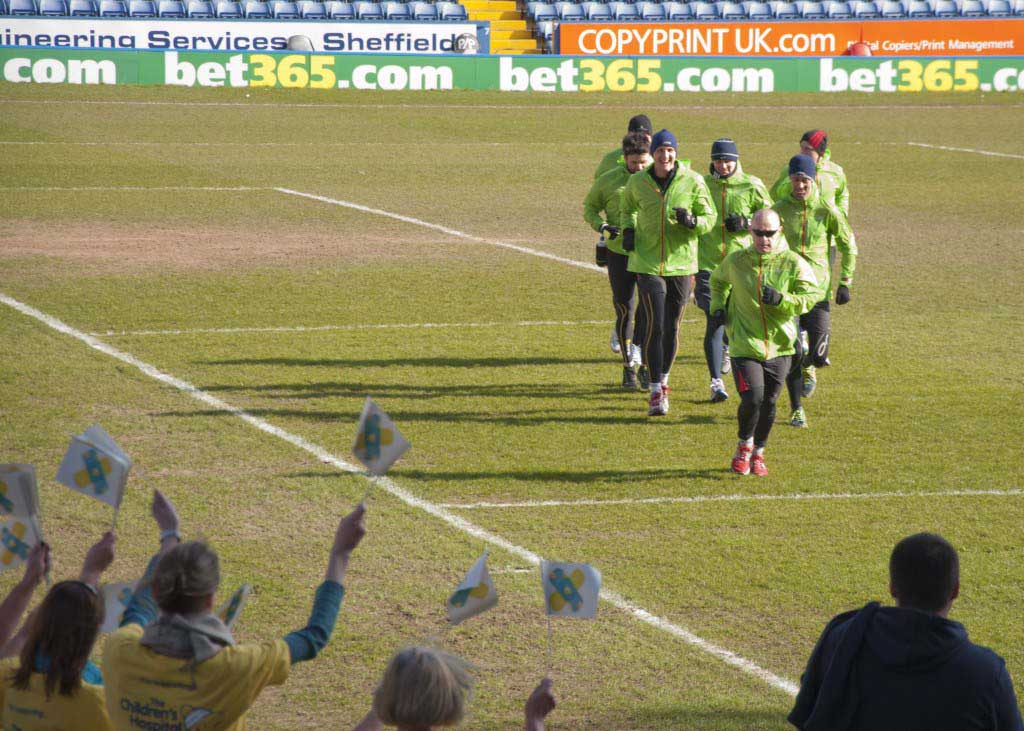 Underway: On the pitch at Hillsborough

It’s the first time that I’ve been to Hillsborough; and between you and me, it filled me with dread. I lost no-one at Hillsborough and I wasn’t present that fateful day, but despite being eight years old at the time, it’s still affected me – filling me with negative emotions like anger, sadness and a desire for retribution. I can only imagine what it would be like for those returning to the place where almost a generation ago, they saw literally unspeakable horrors unfolding before their very eyes.

The team have gathered to run 96 miles, from the pitch at Hillsborough to the famous turf at Anfield. The start and end point, the number of miles to be run and timing of the event has obvious significance; it is being run in memory that lost their lives on 15 April 1989. The beneficiaries of the fundraising efforts however are neither the Hillsborough Justice Campaign nor the Hillsborough Family Support Group; they are Alder Hey and Sheffield Children’s hospitals.

The move is a very deliberate one; the Government are now contributing towards the costs of legal representation for the families and where once fundraising was the only way to fund the fight for justice, the need to raise money is not now as great as it once was. The idea behind raising money for treating sick children is about making something positive out of something heart-breaking and tragic – whilst keeping all of those affected by Hillsborough in the public’s conscious thought.

So at 10am prompt on Thursday, the seven runners set off on their epic trip, covering an unfathomable 32 miles per day, for three consecutive days. The terrain has been hard; not only have they had to contend with the epic distance and scaling the Pennines, they’ve had to do it in places where snow is still over a foot deep in places.

They haven’t had to do it all on their own though – they’ve had a little help from their friends. Famous bluenose Peter Reid joined the lads for a couple of miles on day two – and fair play to him, he’s a really decent scouse lad who knows a good cause when he sees one. And he’s not the only one. Later this afternoon, Melanie C – yes that one from the Spice Girls, boxers David Price and Derry Mathews, DJ Spoony, Darren Farley and super hero politicians Andy Burnham and Steve Rotheram will join the runners for the last mile, down Anfield Road, passing the Eternal Flame, under the Shankly Gates and finishing on the best grass in football. All in the name of a good cause. Joining them will also be representatives of both HJC and HFSG. 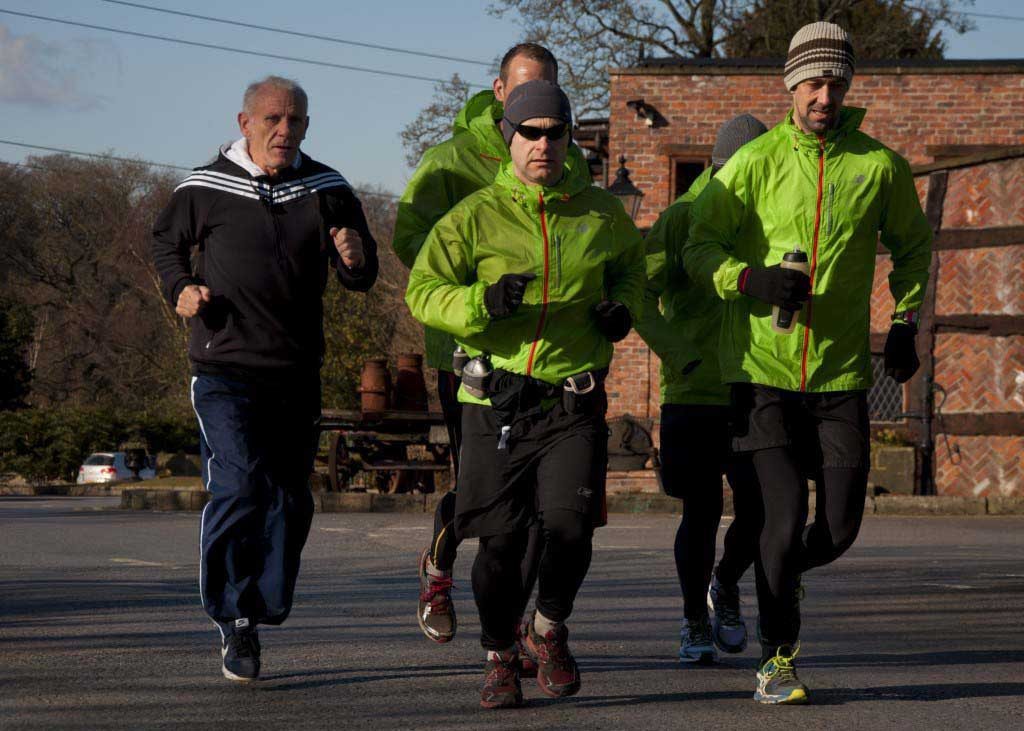 Peter Reid joined the runners for part of the second leg

Their feet will be battered, blistered and bruised; their legs stiff with tiredness and their lungs wheezing as they expire – but the runners will pass under those famous gates with a smile on their face. Because they know it is a great cause to donate their time, money, effort and skin from their feet to.

So, when you’re sticking a tenner on a no-hoper each way on the National; when you go to pick your winnings up from the bookies; when you collect your prize from the sweep stake at work; when you mark the minute’s silence for the 96 at the game on Sunday or when you see the runners on the pitch at the half time of West Ham, please donate.

Because if everyone said “ah ey, someone else will do it” then there would be no runners and no money for these charities. And not least of all, because it’s a good cause. A great cause.