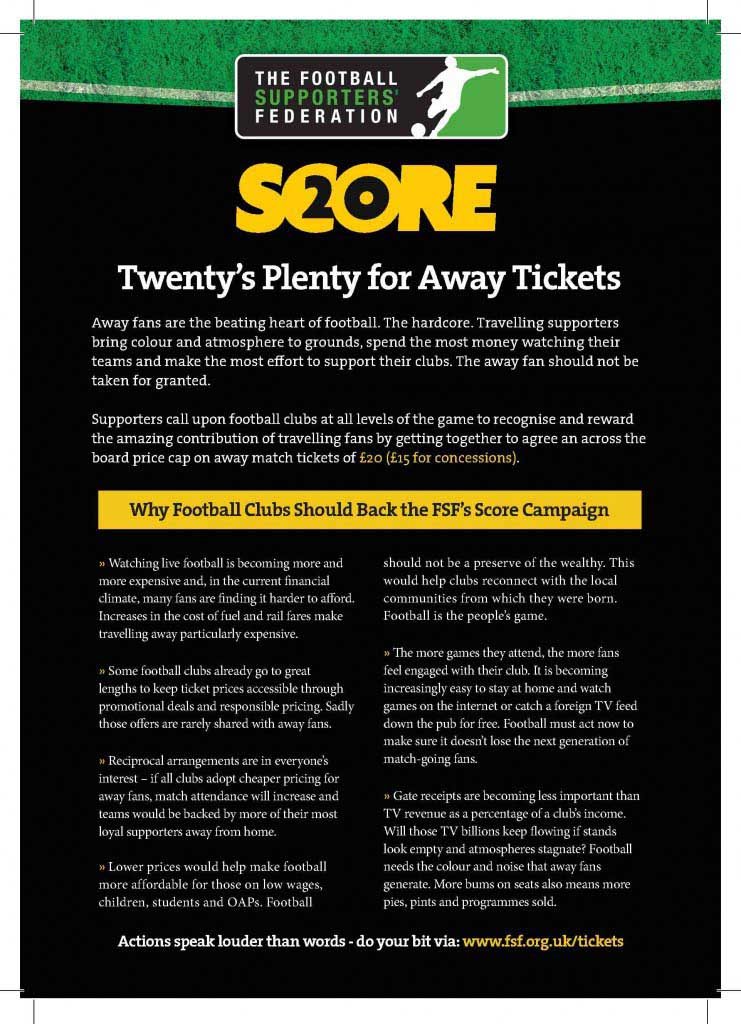 FOOTBALL, as Jimmy Greaves said on more than one occasion, is a funny old game.

It still is. But now it’s not just the game that is ‘funny’ – it’s the ever increasing circus that continually performs around it, even when no actual football is being played.

Once upon a time, being a football supporter was easy. You paid at the turnstile, watched the match and then headed for the pub or returned home.

You’d talk through the game with friends and family, watch Match of the Day and that was that. On Sunday and Monday newspaper reports would sate the appetite for further analysis and discussion and by Monday night it was pretty much all over until the next game.

The game then was affordable, enjoyable and, perhaps crucially, not over analysed. It felt like an escape – it was fun. That’s not to say there was any less passion for it. Fans were still 100 per cent engrossed in their club and the sport. Crowds were noisy, arguably more so than now.

Football was taken just as seriously, but time and effort was channelled much differently. Attending top-level games didn’t require the sacrifices, financially and time-wise, that it does today. For most it was case of turn up, pay and watch – no membership schemes, booking fees, telephone queuing systems or registering online.

Without the internet, rolling sports news and the proliferation of televised games, football felt special and was treated as such. Conversations centred around the players and the game itself, not finance, not owners, not regulation and not an ever-changing football ‘issue’.

Now, the world that revolves around football seems to have lost sight of what is important.

No longer is the focus solely on players and managers. Now there is constant moralising and courting of controversy. Conflict is sought and stirred with loaded questioning and agenda-ridden reporting. Dumbed-down doses of tribal bait are constantly laid, even by the mainstream media these days. Even the BBC Sport website was recently tweeting to ask ‘What is the biggest club in England?’

Message-boards, blogs, websites, Twitter and Facebook buzz non-stop with everything ranging from sensible discussion and tactical analysis to bile, bigotry and hatred.

Separating the wheat from the chaff can often be an arduous and soul-sapping task, one that adds to the cumulative effect of modern-football fatigue. A world where any sensible discussion about the game is constantly drowned out by the current five minutes of shame is a world that quickly becomes intensely frustrating.

Take some of the real issues among match-going football supporters, like ticket pricing. Whatever agendas exist, this is a topic that should be top of them. Yet, too often, it’s a mere whisper as all around shout about that week’s manufactured outrage.

The gradual pricing out of a generation of fans from top-level football has eaten away at the game year on year since the Premier League was formed in 1992. The BBC’s Price of Football survey puts it to the forefront of the news agenda once a year, while The Guardian’s David Conn has also penned a series of excellent articles on the subject.

Those sources aside it’s barely registered in the grand scheme of things; the discussion has been from far from sustained. Mass media analysis of the great ticket rip off has very much been the exception rather than the rule with the Premier League’s PR arm trotting out facts and figures about how full grounds are in an effort to dampen any interest in the topic.

That of course spectacularly misses the point. Bums on seats doesn’t equate to quality of supporter. And when clubs are so keen to sell the atmosphere at games, it is deeply flawed logic that dictates a pricing policy which is increasingly meaning the very people who create that atmosphere – the loyal, long term, passionate supporters – are walking away from the game they love because they can no longer afford it.

But there is growing evidence that football supporters can influence the agenda. The start of 2013 has brought with it some strong suggestions that the tipping point has arrived when it comes to paying extortionate prices to watch the game.

The news that Manchester City sent back almost a third of their ticket allocation at Arsenal after fans baulked at the £62 price tag for their match at The Emirates made national news.

It was quickly followed by news that Liverpool and Manchester United supporters – two of the biggest and most organised fanbases in the country due to ownership issues past and present – would put rivalries aside to work with the Football Supporters’ Federation and Supporters Direct to campaign for a maximum away ticket price in the Premier League of £20-25.

Already huge disparities exist, not just between grounds but based on who the away team is. Liverpool fans, for example, also faced a £62 bill for an away end ticket for The Emirates as, like City, it was deemed to be a ‘Category A’ game.

Conversely, Stoke City fans will pay £32.50 for an away end Premier League ticket at The Emirates as it deemed to be a ‘Category B’ game.

As staggering as it is, this breaks no rules. The only rule clubs in the top flight must comply with is that away fans are charged the same as home fans.

Protesting against what is essentially a tax on the travelling fans of so-called bigger clubs is nothing new. In 2007 a group of Manchester United fans organised a boycott of food, drink and programmes when visiting Craven Cottage. There United supporters were charged £45 for their match with Fulham in the same season that Manchester City fans had paid £25.

Football Supporters Federation chairman Malcolm Clarke has estimated that the new Premier League TV deal – worth upwards of £4billion – means that top flight clubs could cut ALL tickets by £32 and suffer no loss in income due to the increase in the share of the TV pot.

He said: “There are many ways of measuring what is the best league. But if you look at the Bundesliga, where fans can attend matches for 15 Euros, stand up, have a pint if they wish, and even get a ticket for the metrolink, it seems the Premier League is short changing its own supporters.

“This business of categorising matches is blatantly unfair. Just because Manchester City have a lot of money doesn’t mean their supporters have, and the same is true of the other teams who get charged the highest prices every time they play.

“And if they are starting to say enough is enough, and that in turn affects the atmosphere within the stadiums, will it retain its worldwide popularity? I am not so sure it will.

“This is a real test for the Premier League. They seem to think football is immune from the economic situation elsewhere. But it isn’t. And how it responds – especially next year – will shape the game for years to come.”

As refreshing as this chink in the armour of the capitalist machine was, what was also telling – and depressing – was how the message was again blurred by the football circus.

So Arsene Wenger, reportedly the fourth highest paid manager in the world on £7.5m a year, had this to say as the debate on ticket prices raged: “They [the fans] have a choice.

That a millionaire Premier League manager is out of touch with supporters is perhaps no surprise. More worrying were the comments made to the media by Paul Matz, of the Arsenal Independent Supporters’ Association.

He said: “It’s not the first time that City have not sold their full allocation, and previously City were not a category A club, so ticket prices were only half the cost.

“City have got where they are by importing a sugar daddy, rather than through their own efforts, mirroring what happened at Chelsea a few years ago, so it’s bound to take a while before the level of their fan base catches up.”

Yes, damn those City fans and their incomes that don’t match the bank balance of one of the richest men in the world… It shouldn’t need spelling out – it’s the clubs that are rich, not the fans.

Sadly, Paul Matz wasn’t alone in allowing club loyalty to cloud what is an issue for ALL football fans.

Yet the deep irony is that if fans like him could take the blinkers off, tear down the club-coloured walls and work together for the common good, something could be achieved.

Nobody – not the clubs, not the TV companies, not anyone else connected with selling the ‘product’ of football in England – wants empty seats or campaigning supporters distracting from the action on the pitch.

But the appetite for protest, for boycotts, or even sensible discussion among fans is tempered by tribalism and one-upmanship.

In Germany, the same situation united fans. They protested together. Here? Here, we actually have fans that defend the ever-increasing prices; that defend the gentrification of the game and that deliver such gems as “You can’t afford it? Tough.”

So finally the media are listening. Finally the clubs are worried. And what do fans do? Wrap themselves up in tit-for-tat nonsense that benefits nobody.

It really is a funny old game.