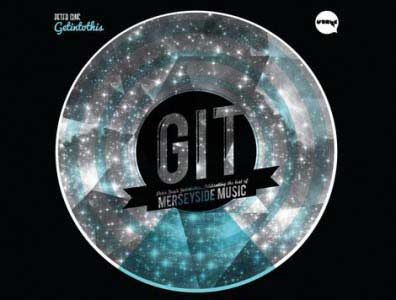 THE GIT Award night was good last year. I remember getting very drunk, watching 10 great acts perform, and having a nice chat with Ian Broudie. As nights out go, I’d class that as a belter. But it wasn’t solely put on for my enjoyment. The idea of the ‘Scouse Mercuries’ was to showcase the finest of Liverpool music on a national stage and to give us all a set of nominees, and of course a winner, to be proud of.

Many of the artists from that night have gone on to bigger and better things, such as Stealing Sheep who released a critically acclaimed album and toured with real Mercury Prize winners Alt-J, The Tea Street Band who next month go to New York to play at a Liverpool Sound City showcase and Esco Williams, who won a flippin’ MOBO Award, which suggests last year’s judges very much had their fingers on the pulse of the next breakthrough act in the city.

This year the judging panel includes many respected local music writers such as Peter Guy (who came up with the idea for the GITs), Craig Pennington (Bido Lito) and David Lloyd (Seven Streets) as well figures of national prominence such as Andrew Harrison (Editor of Q Magazine), Tom Ravenscroft (BBC 6 Music and son of John Peel) and Matt Wilkinson (NME). The winners this year will not just get a snazzy trophy, but will also take home £1,000 prize money (which I bet last year’s winners Loved Ones are made up about).

If you class yourself as a Merseyside band, and have done some decent recordings, there is still time to throw your hat in the ring, although the entry window SLAMS SHUT on February 28, so I would get a bit of a move on. Just send four songs to [email protected] or post to Peter Guy, The GIT Award, Liverpool Echo, PO Box 48, Old Hall Street, Liverpool, L69 3EB.

Also if you are a business and you think this would be something good to get involved with, you can do that to at the same e-mail address.

For more information that I have probably forgotten go to: