COUTINHO IS NOT THE NEW LUCAS

YOU can’t fail to get excited by the signing of a 20-year old Brazilian prodigy wearing the iconic no. 10. Some will feel that it is inevitably all downhill from here for Philippe Coutinho; every first touch will be forensically examined, every impartial observer will be quick to pass judgement and his place of birth will both sharpen the focus and distort the findings.

Perform well on your debut you’re the next Zico, don’t and you’re no more than another Kleberson. All sense is lost when it comes to quick-fire analysis of Brazilian imports to the Premier League, and Liverpool fans should recognise that fact more than most.

It’s been five-and-a-half years since the last 20-year old Brazilian found his way to Anfield. And to those expecting instant miracles from Coutinho, it is a lesson worth considering. Lucas Leiva arrived from Gremio in a £6m deal to a crescendo of anticipation and excitement, the second Brazilian to join the club and the first to up-sticks directly from South America.

What’s that? Liverpool have signed the Brazil U-20 captain and player of the tournament in the 2007 South American Youth Championship? He was the youngest player ever to win the Bola de Ouro, younger than Zico, Romario and Kaka? Quids in lads!

Before he had even kicked a ball for his new club, Lucas was subjected to irrational levels of hype across the internet, from every fan forum to every YouTube clip, every facet of his game was laid bare in scrupulous detail. I was at Anfield for his debut against Toulouse in August 2007, and could sense an air of expectancy every time he touched the ball.

The hype was understandable and only intensified when you read gushing comments regarding the Brazilian’s ability, described as a ‘box-to-box midfielder’, which drew obvious and immediate comparisons to Steven Gerrard.

Lucas was one of the first YouTube football sensations, certainly the first that Liverpool signed, and in the sensationalism, realism was lost. It was forgotten that this was a young lad, still learning the game, who had been uprooted 5,500 miles from his homeland to fulfil his potential.

Coutinho, by contrast, has spent the past 2-and-a-half years acclimatizing to European football. That is not to say that there will not be teething problems in England, but the leap from Italy or Spain to England is not as great as South America to England – a fact that Lucas, Gabriel Paletta and Sebastian Coates would testify. 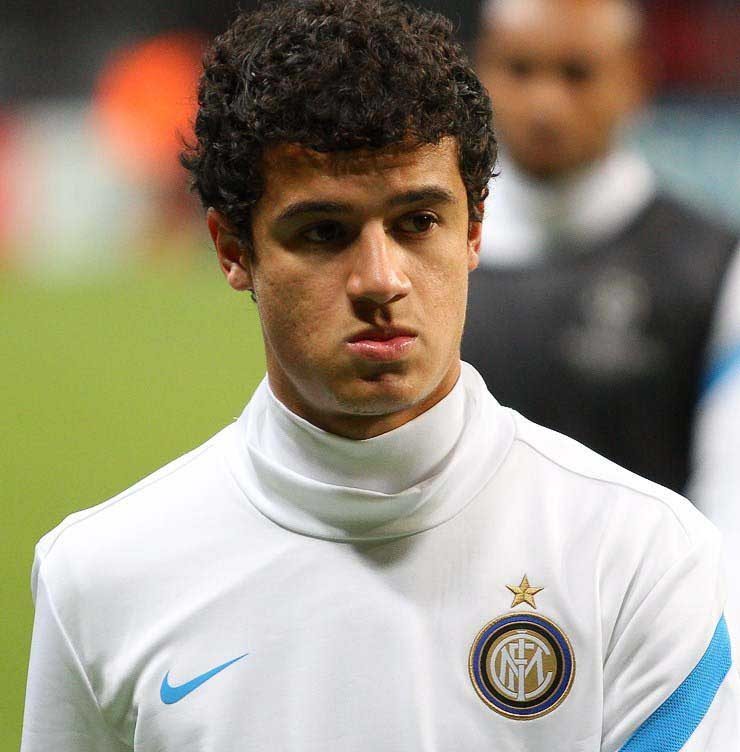 Lucas’s first season in English football was solid yet unspectacular, his highlight coming when he was denied a Premier League debut goal through an act of diabolical intent from Phillip Neville. It was a learning curve for the Brazilian, but he had sufficient impact to relegate Momo Sissoko to fifth choice central midfielder, whilst starting both Champions League legs against Inter Milan.

Lucas’s main problem was not his ability but his identity – he wasn’t Xabi Alonso, Javier Mascherano or Steven Gerrard. The chronicles of his arduous second season, the 2008-9 season, have been laid bare for all to see before.

It was a season in which he was expected to push on, but found himself the scapegoat for insipid as the side struggled to gain momentum at the top of the table in December-January. He was booed off the pitch in a 0-0 draw with Fulham, yet gave a masterly performance in the 5-1 trouncing of Newcastle at St. James’ Park.

Sent off against Everton in the FA Cup and culpable for a late penalty in a 1-1 draw at Wigan, before another commanding display in the 4-1 win at Old Trafford. There was always an answer to setbacks that were unsurprising given his age and circumstance. Patience that was not afforded for Lucas must be awarded to Coutinho.

All Coutinho will need is a glitzy 20-minute cameo, full of showboating and flair, no end-product would be necessary. Just to prove that he is Brazilian. Lucas, aside from a Zinedine Zidane-esque half-turn against Aston Villa in August 2009, has never been one for that side of the game. As Brazilian central midfielders go, he is more Dunga than Zico, and that cost him time to acclimatize.

What Coutinho won’t have to deal with is the expectation. Being Brazilian will bring its own unique pressure, but he comes into a team that is still unsure of its positioning – be it mid-table, or pushing for Europe. Though he will not have 3 of the best exponents in world football in his position to learn from, similarly he won’t feel obligated to imitate them.

In that respect Coutinho is free of the inhibitions that seemed to weigh on Lucas so much in those first few seasons. The former Inter Milan man will possess a licence to thrill, and there is no telling how much he can learn from Luis Suarez. Given that Suarez is not rotated to anywhere near the same extent that Gerrard, Mascherano and Alonso were by Benitez, Coutinho will never have to ‘be Suarez’.

If Coutinho can make a similar impact to Oscar, Chelsea’s very own 20-year old Brazilian, then Liverpool have a hell of a prospect on their hands. Just leave him to it.

Or, go check out his videos on YouTube ‘cos he looks boss!