This Is Brendan Rodgers 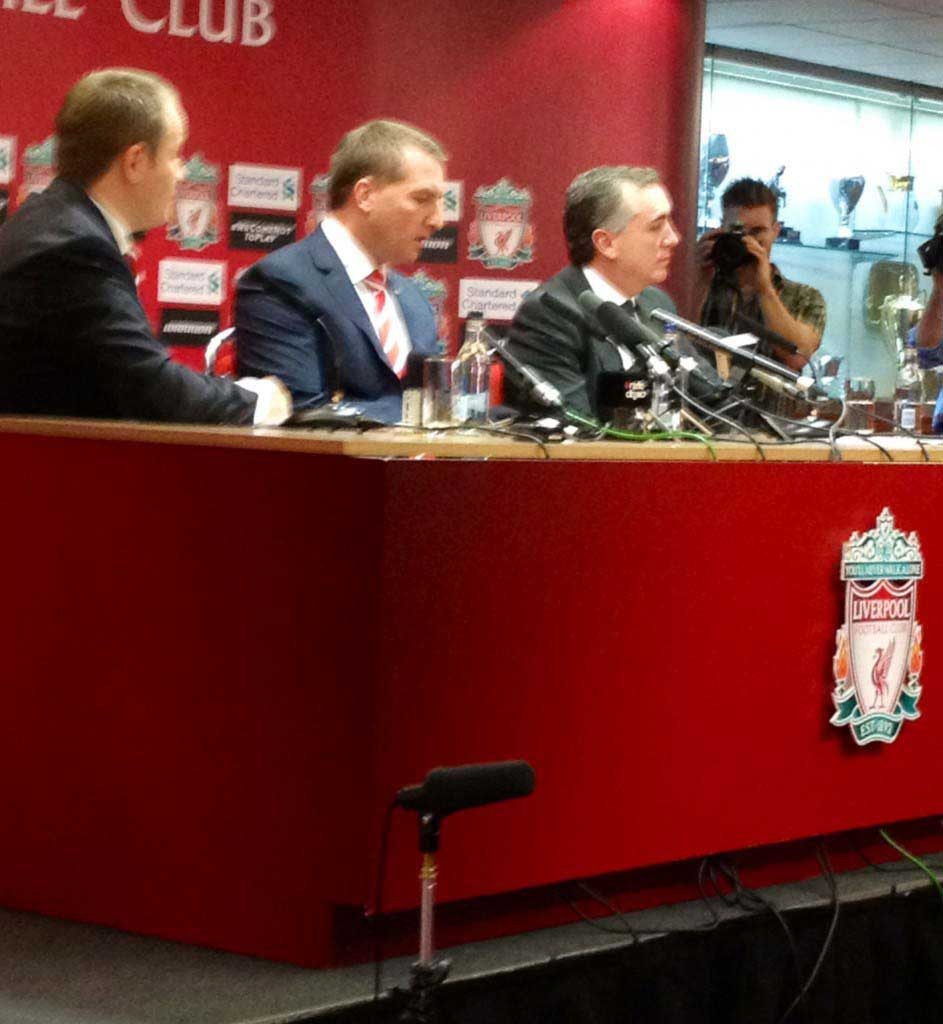 Can he handle the pressure? Deal with the expectations? Handle the egos? Is he experienced enough? Is he the right man?

Only time will tell – and it will be what happens on the football field that will determine many of the answers to those questions.

This was a couple of hours in front of cameras and recorders in the trophy room at Anfield, itself a burdening sight to behold to the wrong man.

Less than two years ago, Roy Hodgson was lowering expectations and talking about things being “out of his hands” in his very first press conference at Liverpool.

Despite the revisionism since, Hodgson did get a chance at Anfield – his downfall was his own making. But seeds of doubt about his suitability were planted the first time he tightened a Liverpool tie for the press.

Contrast that with Rodgers. Within a few questions, he started pulling up the weeds of negativity that have surrounded his appointment. He left everyone impressed.

Rodgers was no rabbit in the headlights. And it wasn’t an arrogant man, bristling at any question deemed awkward.

Rodgers was confident, forthright, yet not arrogant. He was happy to talk about his faults, he held up his hands about getting it wrong at Reading and he was understanding of the doubts in his ability from some supporters. He recognised he has to win over the fans and the players. That’s for the future. For now, he concentrated on winning over the media. Job done.

He talked about his “short career” – there was no fluff, no flannel. This is a straight-talking man. His comments about the owners were not out of the PR manual but honesty can often match spin and it did here. Like many fans, he was clearly not overly impressed by the owners’ recruitment process – the long list, the public approaches: “They were too honest trying to go through the front door,” he said.

He spoke of FSG’s lack of understanding of how things work in British football, and, by detailing how he’d shunned the first flash of leg from Liverpool, and how he’d made it clear that the owners’ ideas for a football management structure were not to his liking, he showed his strength of character. This is no patsy.

Rodgers may have been happy to walk to Liverpool to take the job on his terms but it was only then – on his terms. “You need to be a brave man to turn down Liverpool,” said Rodgers. You do. And he did.

Of course Rodgers will have prepared for the conference. Been briefed on what to expect. It’s a press conference after all.

His failings never seem to stick for many journalists because they like him (‘It’s ‘Arry, innit.’) He’s also messed up royally at times and not faced the media mirth many of his colleagues have faced.

Rodgers may well have been ‘just playing the game’. But the grin and the excitement in his eyes couldn’t be rehearsed. He’s buzzing to be here, he wants it, and as he said, he’ll ‘fight for his life’ for the club.

Of course he’s replaced Kenny Dalglish. And with that comes its own pressure. But even that was a question he fielded with grace.

“I will never replace Kenny Dalglish, that’s the reality of it,” he said.

“I can only be Brendan Rodgers and do the very best I can for the football club. I’m not here to jump above – this was a guy who was voted the best player in the history of Liverpool Football Club, who’s a legend of a manager here and a fantastic man.

“So there’s not a race for me, that’s a race I would lose. But for me, what I want to do is prove my worth and prove my honesty and commitment to Liverpool Football Club. History judges you as a manager, that’s the reality of it. So it won’t be now, it will be history – and I hope history will allow me to walk alongside some of the great managers here.”

So do we, Brendan. Welcome to Liverpool.