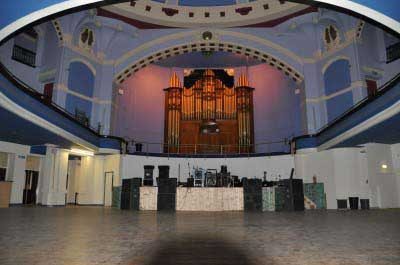 Doing anything this Saturday night? There is a fantastic show on at the fabulous newly(ish) refurbished Grand Central on Renshaw Street in Liverpool to raise money for the place Roy Hodgson famously called “probably the second most important children’s hospital in the country”. But, Roy’s league tables of children’s hospitals aside, everyone in the Liverpool area (and many beyond) knows someone who has been treated fantastically well at Alder Hey and their Imagine Appeal allows the hospital to continue to offer the best service possible to young people

The show has been organised by John McGlone, who has previously organised large concerts to raise money for sacked Liverpool dockers, and includes loads of top musicians including Ian McNabb (who still gets referred to as ex Icicle Works even know he has been a great solo performer for ages now), James Walsh (who may not be known asex-Starsailor for much longer if he keeps writing solo material of the quality he has) and friend of The Anfield Wrap Ian Prowse (who has just released a ‘Best Of’ to include work he has done with Pele, Amsterdam and some later solo recordings).

Do get down if you can, especially if you haven’t been in Grand Central for a gig yet, as it is truly a sight to behold. But also to support a fabulous cause and listen to some guaranteed great music. I tell you what, if you don’t enjoy it give us a shout and I’ll give you the tenner back myself

If you can’t attend but wish to donate to the Imagine Appeal go to http://www.imagineappeal.com/