WIN A COPY OF ‘LIVERPOOL HEROES’

Liverpool Heroes is a unique portrait of what life is really like playing for one of the world’s biggest football clubs.

Writer and female journalist Ragnhild Lund Ansnes has spent two years getting to know many of the greatest legends who played for the Reds during the past 50 years.

The result is a fascinating official club book which, for the first time, delves beneath the surface to tell the human story of the man behind the player.

In 2010, Ansnes penned the best-selling official Liverpool Hearts which analysed how following Liverpool FC has changed the lives of Norwegian fans and showed what football is doing to its supporters. Now she skillfully turns the focus on to the club’s players in Liverpool Heroes.

Never before have so many Anfield legends opened up so freely about their personal lives in a book.

Liverpool Heroes is a different and revealing football book that will show you a side of the legends you have never seen
before.

You can order ‘Liverpool Heroes’ direct from the club here or you can answer the following question for a chance to win one of 3 copies from The Anfield Wrap.

‘Whilst writing the book, Ragnhild got to interview Kevin Keegan for over 3 and a half hours, but what other appointment eventually brought the meeting to a close?’

For a chance to win, email your answer to [email protected] and the winners will be announced on #TAW40. 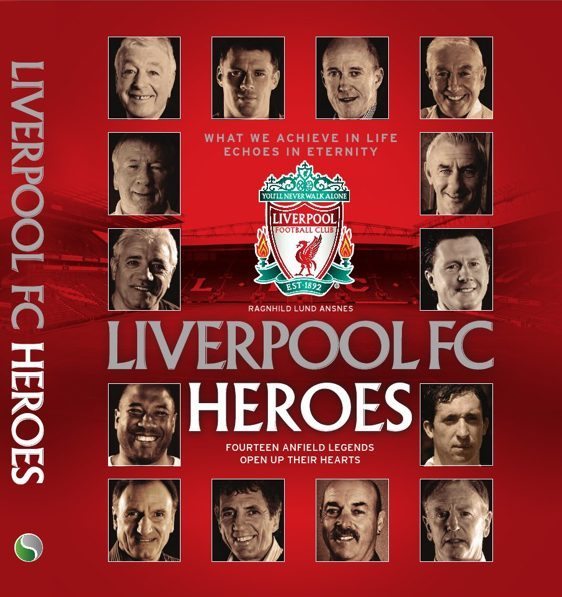