ROBBIE FOWLER, Bill Shankly, Rhys Jones, Gary Ablett and the Hillsborough 96 all get namechecked in a new hip-hop song released by LFC and local rapper Jamie Broad ahead of Saturday’s semi-final.

Twenty eight years ago, Liverpool and Everton met in the League Cup final at Wembley. Supporters from the two best teams in the country had travelled down to the capital together and ended up chanting ‘Merseyside, Merseyside’ as both sets of players completed a lap of honour.

Five years later and Wembley was again the setting for another final – the Hillsborough final. On that day in 1989, Everton fans stood side by side with their Liverpool counterparts as they remembered the 96 fans who went to a semi-final and never returned. 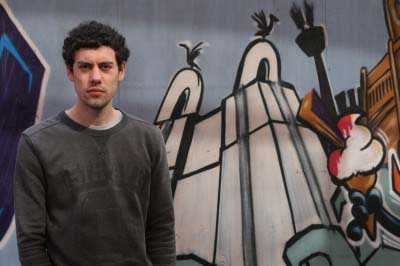 There’s a lot of romanticising about just how friendly the ‘friendly’ derby actually was – even back then – but one thing’s for sure, it was a lot more innocent and good-natured than it has been in recent times. But, as the Hillsborough memorial service proves every year, when Evertonians turn up in their blue shirts to remember the loved ones this city lost 23 years ago this weekend, the mutual respect between the two club’s supporters hasn’t totally disappeared.

It was certainly there inside Anfield on the night when ‘Z-Cars’ replaced ‘You’ll Never Walk Alone’ in memory of Rhys Jones and it was there at the funeral for Gary Ablett earlier this year.

On Saturday, just like on every other occasion the two teams have met, there will be families on Merseyside split in terms of who they’ll be supporting. Reds and Blues have always co-existed in households across the city and that’s very much the case where rapper Jamie Broad lives. A big Blue, Jamie’s parents both pledge allegiance to the Red of Liverpool. His great nan even had LFC tattooed on her arm.

With the clock ticking down to kick-off of the most important derby for over 20 years, LFC has teamed up with Jamie Broad, one of the most promising young rappers in the city, to record ‘Scousers on Wembley Way (Knock-A-Door Dash remix)’ – a track that celebrates both clubs and, in doing so, lists some of the things that unite us all, including a quest for Justice for the 96.

Jamie Broad may be a Blue, we’re most definitely Reds but if we can help a young lad from Liverpool realise his rap dream and remind a few fans from both sides of Stanley Park about just what makes Merseyside football so special, we’ll be more than happy.