ANGER IS AN ENERGY 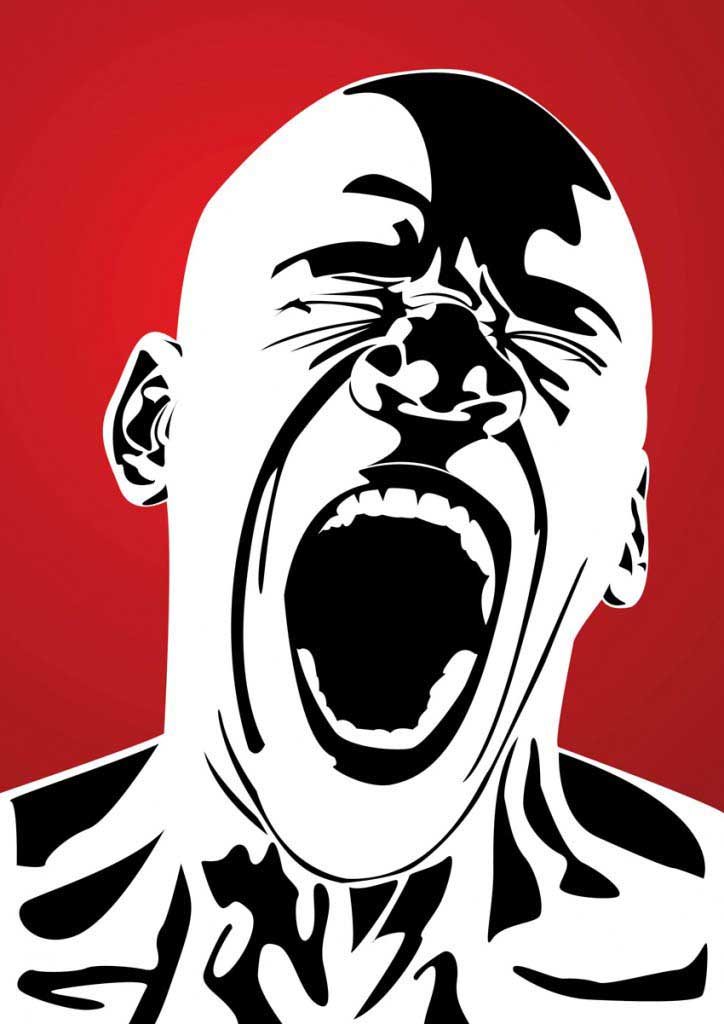 IT’S best not to write angry. A settled mind with a clear idea of your argument and intentions is usually the right way to go about things but sometimes you just have to let your passion speak.

It’s even more difficult when your anger is mixed with the sickening taste of despair.

On days like Sunday when you look at the pitch and wonder just how those men have made it onto the pitch in the first place, how they’ve met many times and worked together and come back with that ninety minutes, a repeat performance of last week’s non-performance which in itself paid homage to the previous week’s fifteen minute non-performance which undone the previously good seventy five minute performance, it’s all you can do to find a rational, cogent and lucid argument to express the facts and the evidence of your own eyes.

Yes, it hurts and I’m sick of feeling hurt. Watching Liverpool in the League this year has been cruel. Every one of us has dreamt of doing what those players are doing. Do they realise how lucky they are?

Do they realise exactly what how we feel when Liverpool touches us personally. I once threw a training ball back to Jamie Redknapp once during the warm up. He said ‘Cheers mate.’ I was 25 at the time, an adult rather than a boy of eight and I still felt like a God.

Why? Because I played the tiniest, tiniest part in something magical. Imagine, I supposed, being Jamie Redknapp. Liverpool’s captain. That alone would have burst my heart but there was more to it than that.

He got to go to Melwood every day. He got to phone Sami Hyypia whenever he wanted. He got to go to Anfield every day and could walk the corridors unmolested. Every day must feel like Charlie Bucket the day he won the Golden Ticket to visit the Chocolate Factory.

Me, I wouldn’t want to sleep. I’d be pissed off when I couldn’t go to work. You might bump into Ronnie Moran and he might tell you something of the past. You’d go home disappointed that you had to get through some hours before doing it all again the next day. Even then he got to go home to Louise.

The same remains today, nearly two decades later. Every single one of us would give our left love spud to get onto that pitch and feel that badge on our chests. If only we weren’t all shit. Even if you’re very good you’re still too shit to play for Liverpool.

I’ve always been shit so it was never a serious dream and it was never to be my role. My job is to stand or sit where appropriate and support those who won the lottery.

They have the power. They have the gift. And how do they use that gift? That rare ability that deems them good enough to play for Liverpool Football Club?

A 2012 League record which would practically have relegated us had the season started on New Year’s Day.

How do they fight back at going a goal down? Simple. They don’t.

The long faces match the shortening of the strides. Why can’t they get angry? Why are they looking at their feet when things are against them? I’m angry! I’m fucking furious! Why can’t they borrow my anger and put us fucking back in the game? Is that too much to ask? You’re playing for Liverpool and you’re not angry when you’re losing? Then what are you doing here?

Carragher talks of not going out if we lose. Good. That’s what we want to hear. A defeat is a wounding experience be it unlucky (Arsenal), stupid (QPR) or gutless (Wigan) so why do we accept it so easily once the opposition gets ahead. Where’s your anger? Your pride? Where’s your desire to stop the rot?

We want our players to crawl off the pitch with exhaustion at the end of the game, not trot off with apologetic applause for the fans. When we drew 1-1 with Arsenal in Hodgson’s first game Carragher was still panting ten minutes after the final whistle as he’d left it all out on the pitch.

This season our lads can go into to town after the game with their shirts on and still as smell lemon fresh as before.

So what is it? Fear of success? Fear of failure? Fear of a hostile media baiting a manager they don’t like? We’re the easiest target for this week’s cheap jibes and negative stories after all.

Yes, you can point to the manager and certain tactics and team selections but that group of players gets more points than they have now. Our captain is a European Cup winning captain. He’s carried worse teams than this. Our goalkeeper has won clean sheet awards but has forgotten how to dive. Our new signings are all internationals. Our Uruguayan star centre forward may well be the best player in his country, maybe his continent so he must know what he’s doing? So what’s going wrong? Why are they pissing away an opportunity like LFC?

Ah, it’ll be Kenny then. Kenny’s taken a bunch of players who are better than an eighth position in the table and made them a 50 point side. He’s bought badly and wasted money on dross. I’m not entirely disagreeing with that argument to a certain extent but I want more from a team of internationals who are happy with the money but less so when it comes to getting it together on the pitch.

I also don’t want to be in the ridiculous situation where, and I can’t believe I’m typing this, I’m having to defend Kenny Dalglish to Liverpool fans on fan forums. That sentence is abhorrent and Microsoft Word should run a squiggly line below it to show that I’ve made a grammatical or syntax error. Having to defend Kenny Dalglish to Liverpool. How did it come to this?

No one is above criticism and I can see why he chooses to protect the players and their eggshell-like confidence rather than subject them to a torrent of abuse but Kenny Dalglish deserves more time to turn this around.

If he relegates us next season I’d still want him at the helm because he’s giving me far more than I could ever give back in return.

It’d never come to that and he’d walk away if he felt he was harming an institution he loves which is far more than can be said for the players. They can walk whenever they want. They can go now. I’m not sure what we’d be losing if they left this very minute.

If Kenny Dalglish left, or was forced out, we’d lose the one man who is the personification of everything the club stands for. No man is bigger than the club?

He is the fucking club and for every smiffly, whiny ‘I’m-getting-stick-off-the-lads-in-work’ anus who lines up against him I’ll have an army to face them.

Yes, things are bad. Actually they’re absolutely shite but this club is the greatest because it doesn’t believe in short term appointments, just hard work. Kenny’s got a massive job on his hands even if he finishes the season with two trophies and the players have got a lot of waking up to do.

They could also do with a little anger.