ECHO & THE BUNNYMEN: AFTER THINGS THAT NEVER MATTER

Just something someone said.”    [Turquoise Days – Echo and the Bunnymen] 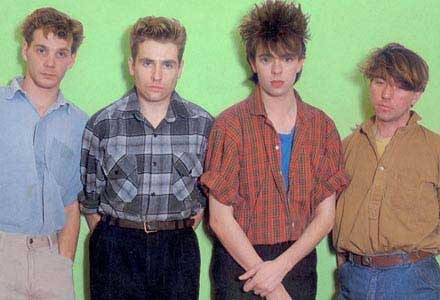 AS manifestos go, it’s near perfect. It speaks of mystery, of unease, of ambition thwarted. It hints at a nagging sense of dislocation, of tension. Of myths deflated. Of self-doubt and selfism.

It’s a philosophy that encapsulated post-punk Liverpool, yet at the same time undersold it. Above all, it’s typically Bunnymen.

Liverpool, a city that valued its cultural heritage as highly as its footballing one, had been crying out for a new set of musical heroes ever since The Beatles outgrew The Cavern.

That the new breed were inspired more by The Clash and The Pistols, Iggy and Lou, Beefheart and Bowie, than the once Fab Four, was both a sign of the times and a shot across the bows of anyone who thought that the revamped Merseybeat would possess the wholesome commercial appeal of its forebears.

With the energy and idealism of disaffected youth, bands formed and split, alliances were made and unmade, egos grew and legends were created and, just as quickly, demolished.  Amongst the chaos, and emerging from a chance encounter in the ladies’ toilets at Eric’s, the epicentre of this brave new world, Echo and the Bunnymen were born.

It’s easy to forget now but, for a brief spell the Bunnymen were the only band that mattered.  They were Joy Division with better tunes but without the nihilistic bleakness or the aura of tragic inevitability.

They were U2 without the pomposity, self-regard or sense of entitlement.

They were every band you’ve ever seen that knew the value of passion, integrity, stubbornness, arrogance, good hair and a well-cut overcoat.

And cool. Don’t be mistaken, cool is important. It’s more than just a pair of shades and a scuffed leather jacket. It’s an attitude, a state of mind, a way of holding yourself.

It’s charisma. It’s the difference between the Velvet Underground and Kasabian, between Tom Waits and Thom Yorke.

The Bunnymen had it in spades.

With Ian McCulloch out front, part Morrison, part Ziggy, part Jekyll, part Hyde, part philosopher, part clown. A post-punk Sinatra with a shimmy to die for and the devil’s haircut. Mac the Mouth, the self-styled lippy Scouse poet, crooning existential laments and skewed sea-shanties, fawning journalists hanging on his every pronouncement as if held the key to some eternal secret (when in reality it was usually just an excuse to take the piss out of Bono).

To his right, the inimitable Will Sergeant, peering out from beneath his fringe like a psychedelic Princess Di, his guitar urgently tracing the soundtrack to some jagged apocalypse.

The missing link between Tom Verlaine and Mick Ronson, Sergeant took the stripped-back punk aesthetic and infused it with his own blend of invention and instinct to create the distinctive Bunnymen sound.

The whole dynamic was adroitly underpinned by Les Pattinson and Pete de Freitas, conjuring a controlled whirlwind of circular rhythms and sinuous grooves that served to highlight the limited scope of most of their contemporaries.

If McCulloch was the Bunnymen’s brain and Sergeant the heart, then Pattinson and de Freitas were unequivocally the soul.

Throw in the breadth of vision and idiosyncratic direction of manager Bill Drummond, a man never slow to point out the mysterious grandeur of his charges and who spoke of their interconnectedness with cosmic ley lines, spiritual energy forces and mythical rabbit gods (and who would later find fame with cultural terrorists, The KLF, before ceremonially burning a million pounds in an art statement that doubled as an uncompromising ‘up yours’ to the industry he had long grown tired of), and the chemistry was complete.

Along with Julian Cope’s acid-drenched Teardrop Explodes and the heart-on-sleeve Scouse soul of Pete Wylie’s many Wah! incarnations, they were at the forefront of Liverpool’s musical rebirth.

But the Bunnymen possessed a depth, a drama and an intensity that their compatriots were unable to summon.  Their world shimmered with glacial wastelands and endless seas, and with a restless longing for something that always remained just out of reach.

For a time they seemed unstoppable.

With their debut album, ‘Crocodiles,’ they sent out a calling card. 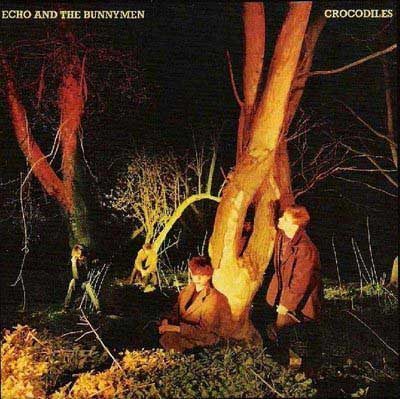 Critical acclaim was immediate and unanimous. Right from the off it was clear that the Bunnymen were a force to be reckoned with.

By following it up with the majestic ‘Heaven Up Here,’ their credentials were established beyond any semblance of doubt.

Within the first 30 seconds of the opening track, it was apparent that this was a different beast entirely. Ominous and insistent, with a McCulloch vocal alternately strident and pleading, ‘Show Of Strength’ acted as both a call to arms and a statement of intent.

Its understated passion and authenticity would be sustained throughout the album.  The seductive lament of ‘A Promise,’ the smouldering fragility and poignancy of ‘All My Colours,’ the swaggering assault of the title track, the rumbling eloquence of the glorious ‘Over The Wall’ – without exaggeration, ‘Heaven Up Here’ is the high-water mark of British post-punk guitar rock, and provided the template for later generations of inferior copyists (ranging from Interpol to The Killers, taking in Editors and White Lies along the way) to follow.

It was no great surprise when the Bunnymen’s critical appeal started to be accompanied by commercial success.

The ‘Porcupine’ album brought with it a brace of hit singles, in the shape of ‘The Back Of Love’ and ‘The Cutter,’ with Mac revelling in the role of pouting teen pin-up for the pop kids wearying of New Romantic superficiality.

That this level of acclaim didn’t sit quite as comfortably on the shoulders of Sergeant, Pattinson and de Freitas was the first outward sign of the divisions that would later consume the band. But for now, the Bunnymen were the only game in town.

Typically, their response was to defy expectation.  ‘Ocean Rain’ was a left turn few had foreseen.

Drenched in sumptuous string arrangements and the lush soundscapes of imminent summer, it revealed a side of the Bunnymen – romantic, melodic, pastoral – that had previously lain dormant.

It was music to swoon to, to fall in love to, to grow up to.  It spawned the iconic ‘The Killing Moon,’ the closest they ever came to an anthem (though in Bunnyworld the concept of ‘anthems’ was a bloated, rockist conceit more suited to mulletted, Irish flag-wavers).

And, in retrospect, it marked the point at which the original Bunnymen ideal began to change.

Paradoxically, the problem was, by 1984, they had the world in the palm of their hand.

There seemed no limit to what they might achieve.  Along with The Smiths and The Jesus and Mary Chain they represented a genuine alternative to the infantile plastic shallowness that enveloped the musical and cultural landscapes of the time.  Make the right move now and the future was theirs.

Inevitably, they messed it up.

Drummond departed, taking with him much of the band’s quirky pioneering spirit and self-assured playfulness.  McCulloch flirted with the idea of solo stardom, to the disenchantment of his band-mates.

De Freitas went spectacularly off the rails in a chemically fuelled American jaunt which initially saw him expelled before a humbling re-instatement.  And, rumbling beneath the surface, there was a fundamental battle going on for the soul of the Bunnymen, with a record company priming them for a major push on the lucrative American market despite the fact that the ethos they subscribed to was always grounded more in Sefton Park than Central Park.

The upshot was an over-produced, bloodless album that rarely climbed above mediocrity.  A lacklustre appearance at Wembley Arena, the epitome of everything they once stood against, only served to confirm the unthinkable: Echo and the Bunnymen, bearers of the post-punk torch, were no longer relevant.

At which point, there’s only one thing to do if you value your integrity.

And if the Bunnymen had anything, it was integrity.

The split was announced in the middle of 1988.

A year later de Freitas was tragically killed in a motorbike accident, depriving us of one of the most prodigiously talented percussionists of his generation.

An ill-advised attempt to keep the Bunnymen name alive, via an underwhelming, McCulloch-less version only served to heighten the rancour and animosity between what were now two distinct factions.

Having been touched by greatness and felled by despair, it looked very much like the end of the story.  No-one expected an epilogue.

But just when it seemed that Echo and the Bunnymen had been consigned to the outer reaches of the musical archives, word spread that a reunion was on the cards.

A reconciled Sergeant and McCulloch had tested the water with the heavily Stooges-based attack of Electrafixion and, their creativity reignited, set about addressing unfinished business.

Amidst Britpop’s bleak uniformity and forced hipsterism, the Bunnymen’s comeback single, ‘Nothing Lasts Forever’ provided a jolt of timeless classicism. The subsequent album, ‘Evergreen,’ confirmed that this was the rarest of things: a band reforming not for the money but because it still felt it had something worth saying.

In the interim their influence, once unheralded, has been rehabilitated. Feted by Coldplay, acknowledged by the Stone Roses and Oasis, endorsed by the Manic Street Preachers. Although, in truth, they were never about the plaudits and the name-dropping and the back-slapping. There was always more to it than that.  Bill Drummond understood:

“It’s as if the Bunnymen were going for some ultimate or indefinable glory.  A glory beyond all glories, where the gates are flung open and all you can see is this golden light shining down on you, bathing you, cleaning all the grime and shit from the dark corners of your soul.”

They may not be the vital, era-defining force of old, but they’re still capable, on occasion, of summoning magic.  They’ve still got the unshakeable belief that they’re the best band in the world.  They’re still Bunnymen.

Maybe they always will be.