CONFESSIONS OF A MISERABLE TW*T 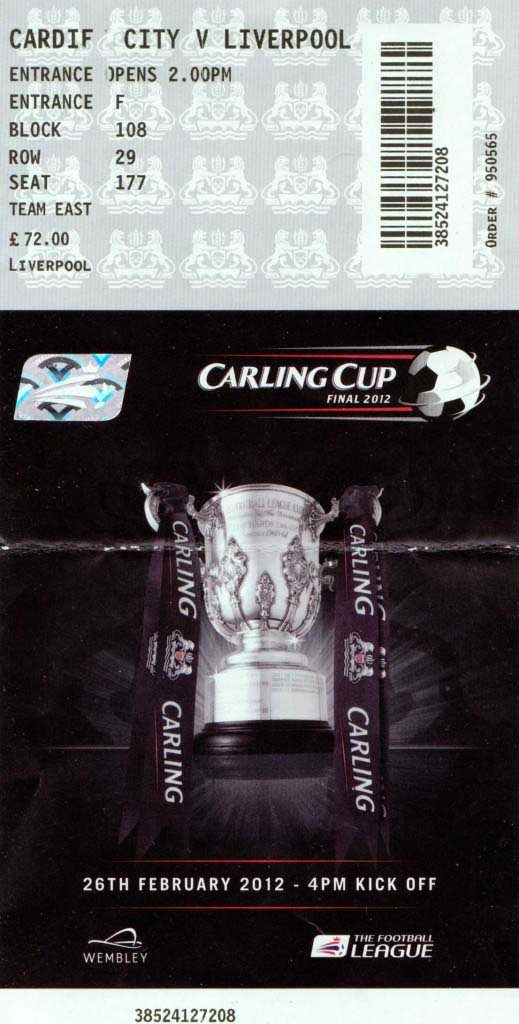 WE’VE won a cup. I’m happy. Genuinely, I am. It’s good for fans. It’s good for the club. It’s good for Dirk Kuyt and it’s good for Kenny Dalglish. Like I say, happy. But some things about Sunday’s final are still gnawing away at me. Hopefully, this post will prove cathartic…

It’s not the stupidity of Virgin Trains as such, as baffling as the decision to tit about with train tracks hours before thousands were set to travel south on those very tracks was.

Even the performance of the team, which so enraged many, didn’t get me too hot under the collar either – it was painful but predictable and not out of character for either the current side or Liverpool in general in finals.

I was steeled for a nailbiter, what I wasn’t so prepared for was being so underwhelmed by Wembley.

That arch, well it’s no Twin Towers is it? For a stadium steeped in tradition, wouldn’t something traditional have helped?

It felt a bit identikit. It was OK, but the Millennium Stadium was better.

And what’s with the stage-managed atmosphere? Nothing new, admittedly, but it seems to get more cringe worthy by the year.

We would have coped just fine without the ramped up to the maximum (shite) music thanks – after all there were 90,000 people in the ground.

Sack the plastic atmosphere off, try the real one.

Flames and fireworks? No need.

Songs to help the celebrations? No ta.

Crap B-movie soundtracks played just before a penalty shootout? Get a grip.

And the fans. Our fans. Well, some of them at least.

Sorry, but I didn’t recognise the behaviour of large swathes of the people I was rubbing shoulders with at Wembley.

In a stadium of that size, other people’s experiences were undoubtedly different.

Maybe I unwittingly bought a ticket in the designated ‘whopper zone’.

But judging by conversations I’ve had with people in different parts of the Liverpool end, I don’t think my experiences were untypical.

It wasn’t just the cliched ‘whopper’ fan either.

If the jester-hatted, foam-fingered, flag-as-a-cape brigade back the team, well you know what, fine. Many of them did.

After all, dressing up for a final’s nothing new – it’s always been part of the fun for many.

No, bollocks to what they’re wearing, or where they’re from – it’s the mindset that’s important.

And too many there on Sunday didn’t have a clue.

For some, it was the sit back, say nothing, ‘entertain me’ pose.

For others it was moaning. Constantly. For two hours.

Many seemingly didn’t have the first clue about the words of the songs. Even the easy ones. Others made up their own versions.

Some called players in red ‘cunts’, ‘twats’ and ‘tools’.

There’s no supporters’ charter to adhere to (thankfully), but common sense should suggest that that’s bellendery of the highest order, particularly in a cup final.

Ditto getting off early with a cob on.

Supporters support – the clue’s in the word.

Ripping players for not doing their job while not doing your job – genius.

Not all acted the twat of course. And the thousands of Don’t Buy The Sun posters were testament to what can happen when supporters’ energy is put to good use.

And at least we won. At least there’s a new cup in the cabinet. And next time?

Well, at least I’ll know what to expect.