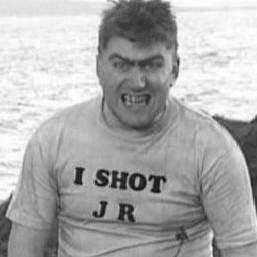 Well, there it is. From thieves and dole scroungers to murderers to murderers of our own to racists. How long before charges of paedophilia for the full set? Oh, we hit women now too.

The Suarez debate has stopped being just that – a debate. A pyrrhic victory in some ways as we’ve defended our man but lost the war but we’ve since been defeated on more battlefields than this as now every journalist with an agenda can promote their prejudices from beneath the safety blanket of ‘supporting anti-racism’.

It’s open day on Liverpool, folks, strap on a few hand grenades and join in. You can’t lose this one.

The argument is tiresome and the cards are so heavily stacked against us that we couldn’t win either way. Personally I think Suarez was right to get a ban, not an eight game ban, but a ban nevertheless mostly for being bloody stupid or naive.

Nice old Patrice Evra isn’t going to miss the opportunity to point the finger and in some ways I can’t blame him. If someone addressed my girlfriend (of African descent) as ‘negro’ I wouldn’t be asking which part of Uruguay he was from and begin painstaking research as to the cultural background of the term, I’d be requesting a private meeting in a lonely place to discuss it further.

I have selfish reasons for thinking a one or two game ban would be appropriate as one thing Suarez needs from a footballing perspective is a rest. Any chance of a small, reasonable ban, an explanation of the misunderstanding and a handshake (unlikely to be accepted) and back to the match?

Nah, that’s far too sensible. Now every gobshite with a keyboard can wade in. 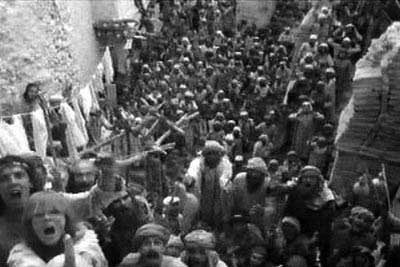 YES! WE ARE ALL INDIVIDUALS!

The first club statement was bullish, childish, crass and glorious in equal measure while the T-shirts were brave but were open to misinterpretation by those who wanted to misinterpret it and view it as a KKK party conference rather than the support of, in their view, an innocent man.

At that point the gloves were off and we were fair game. Holt, Lipton, Barclay and Samuel couldn’t get to their desks quick enough. Yes, we could argue back but they had the perfect rejoinder. ‘We’re not anti-Liverpool, we’re anti-racism. You’re being too tribalistic and missing the wider issue.’

Oh do fuck off and fuck off twice.

Is there anyone who seriously thinks that this pond life and the fans who will shouting about Suarez are putting their protective mitts over the ears of every member of every ethnic minority in the interests of multi-culturalism? Are they thinking only of the children?

This is about agendas and prejudice. As mentioned in the last podcast, the Mirror were shouting ‘racists’ at us before the police had even got to Friday’s miscreant and had little to with Tom Adeyemi.

If that story is about racial issues in the country where is the universal condemnation of John Terry and the effect it’s had on Anton Ferdinand? It all about agendas.

It goes both ways of course.

Was Patrice Evra genuinely offended or is he using it as a bat to beat the player and the club? I’d go for ‘I don’t know and I know what I’d like to be the case.’

Of course it’s tribal to that extent and in Barclay and his chums’ view it’s impossible for us simple folk to stand outside the confines of club loyalty to see the wider picture. That’s a very convenient argument for starting a smear campaign.

We can either take the criticism or be perceived to be paranoid. Criticise the Kick Racism out of Football campaign for failing to point out that Suarez was convicted as ‘probably’ guilty in their over-zealous statement and suddenly you’re criticising the campaign itself.

Then you’re just a hop, skip and a jump away from being racist. It’s an easy route and an easy accusation. I’ve been told to ‘hang my head in shame’ this week simply for supporting Liverpool. Quite.
The press are of course having no end of joy with this as evidenced by Patrick Barclay’s tweets from earlier this week. Let’s look at the highlights

‘What of Liverpool’s outreach programmes now? I mean – you’d recoil, wouldn’t you?’

How can does he back this nonsense up?

‘Predictably, a bit of the response was tribal. And that’s the disease. Only KD can cure it.’

Tribalism is the disease? Defending your player because you consider an accusation of racism to be false is now tribalism? He went on with this –

‘I’d be especially interested to hear the views of black and mixed-race people, whether Liverpool fans or otherwise. Thanks.’

I was all over that like Skrtel on a forward’s back while defending a corner, stating that my girlfriend’s national team has been wronged by Suarez so she could bear a tribal grudge but she considers the whole incident to cheapen the racism debate by turning into a panto and that it’s people like Barclay using this opportunity to attack some (but not all) people, support and clubs under the name of anti-racism while ignoring the wider issues that is the problem. He chose not to reply.

The Friday incident added further fuel to an already roaring fire. The charge is as yet unproven but what the hell does matter if you’ve got the word ‘probably’ hanging about the place?

One idiot shouts something and suddenly the story changes again. It’s not one idiot after all, suddenly it’s ‘the Kop’. Well, I was on the Kop that night and I wasn’t abusing anyone. I wasn’t booing either and most of those that were did so as it looked like timewasting.

It was a genuine misunderstanding but you can convict on misunderstandings these days. Naturally that story was lost in the media condemnation of entire stands singing Hillsborough songs and ‘Anton Ferdinand – you know what you are’ and…sorry must have been dreaming.

I was talking to a mate about Oldham’s very dignified and classy statement where they thanked the club for their support and wished us well in the next round. He reckoned the Mirror were already drafting a headline which read ‘RACIST SYMPATHISERS!’

I pointed out this lack of balance in the press between one anus of a human being shouting something and Utd and Chelsea fan singing songs in unison to a journalist on Twitter and, well you’re ahead of me aren’t you? He told me to stop being paranoid and tribal and that the debate was about racism and not Liverpool Football Club. Ah well.

If only it were. I’ve heard some unpleasant things at away games over the years and they were said by dickheads which is always going to the case if there thousands of people in an enclosed place as dickheads are prevalent in society but I’ve never heard an entire stand abuse a footballer for the colour of his skin. I’ve seldom seen the press slate those that do it either.

If the debate was governed under the sole banner of racism and what it constitutes rather than petty squabbles between the press and the club, the FA and Blatter and LFC and United we may actually take something from this whole sorry affair.

Instead the cause is cheapened by those keen to air their cack-handed and glib views.