THAT REFEREES FAVOUR SMALLER PLAYERS IS NO TALL STORY 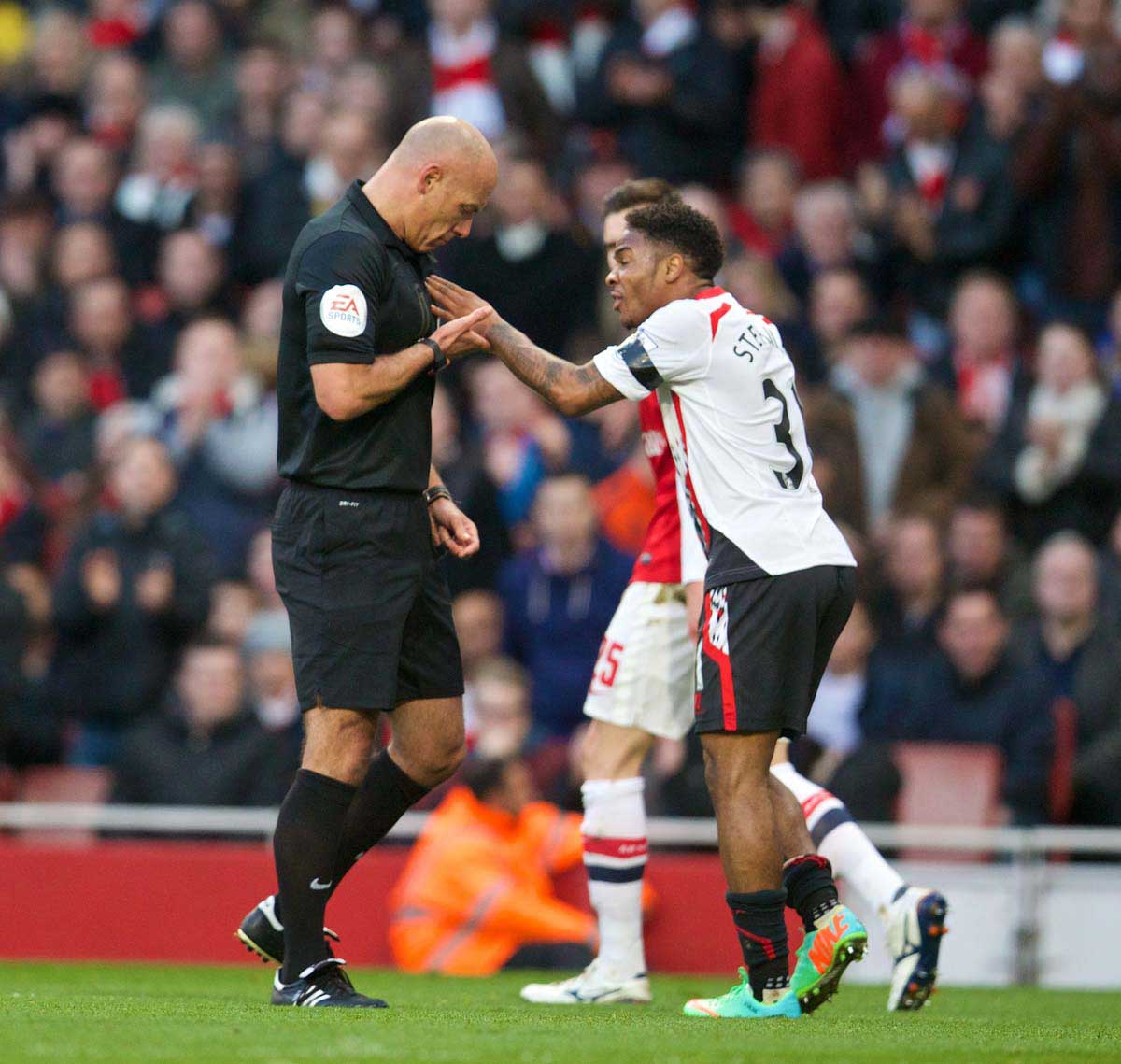 WHEN Howard Webb failed to point to the spot after Andy Carroll had been hauled down in Stoke City’s penalty area on Saturday, Anfield’s inhabitants reacted with a blend of fury and astonishment.

They should not have been surprised, however.

Not because Webb – a man only marginally more popular than Boris Johnson on Merseyside – was the official, rather that Carroll belongs to a group of players  who suffer more discrimination at the hands of referees than any other. The tall footballer.

Size and strength, when used within the rules of the game, are weapons as legitimate as skill and speed, yet the law enforcers often don’t  view it that way.

One of the complaints levelled at Carroll since the arrival of the £35m striker from Newcastle has been his lack of aggression, that he hasn’t used his 6ft 3in frame to bully opponents in the manner  he was expected too.

However, when he has attempted to dominate defences, referees have halted him for the most negligible of offences.

It was a fate often suffered by another long lad on display at Anfield during Saturday’s 0-0 stalemate, Peter Crouch,  during his time at Liverpool.

Ahead of the  2006 World Cup, the  6ft 7in England international – as far removed from a dirty player as possible to imagine – was targeted by Fifa’s referees panel, as Graeme Poll revealed.

“The head of refereeing at Fifa said, ‘Look at this big fella Crouch,” said Poll. “He’s a real pain and getting away with too much. We need to mark him as a player we need to look out for’.

“We watched England’s warm-up games and it was pointed out the way he used his arms. I tried to defend him, being English.”
Conversely, men of Crouch and Carroll’s size also find it harder to win free kicks and penalties.

It’s something Everton’s giant midfielder Marouane Fellaini could attest to.

The Belgian has somewhat unfairly gained a reputation for  excessive physicality since his move to Goodison in 2008.

In his first season at the club he accrued an astounding 13 – often harsh – bookings, leading many at the Blues to suspect he had been targeted by referees.

Fellaini’s sense of victimisation has not been helped by the level of rough treatment he has received from opponents that has largely gone unchecked by officials.  The most recent example being Grant Holt’s deliberate elbow to the 24-year-old’s face in Everton’s clash with Norwich last December.

What would constitute an infringement on a smaller man isn’t always  viewed in the same light by officials when a taller player is on the receiving end.

When is a foul not a foul?

The reason for this, according to research conducted by the Rotterdam School of Management, Erasmus University, is deep rooted.

Their study published in 2010   showed that players of height are more likely to fall foul of referees because “people associate the size of others with concepts such as aggression and dominance”.

Using data from seven seasons of the Champions League and German Bundisliga, professors Niels van Quaquebeke and Steffen Giessner discovered that taller footballers were held more accountable for fouls than their smaller counterparts.

While the figures admittedly could also have indicated that bigger players commit a greater number of fouls, further research was revealing.

“We conducted two additional perception experiments with soccer fans in which we showed two players of different height running towards a ball in the middle of the picture,” said van Quaquebeke.

“Here, no actual foul was committed. Thus taller players could not actually foul more. We framed these pictures with stories, so called scenarios,  and then asked about participants’ foul perceptions.

“The results clearly show that participants are more inclined to anticipate the taller player to foul the smaller.

“Together, this led us to conclude that, even if we take out actual foul behaviour, people still have a tendency to attribute the foul to the taller of two players.”

Even if most smaller players are unlikely to have read van Quaquebeke’s study they will be aware of – and ready to exploit – referee’s preconceptions, as West Ham boss Sam Allardyce recently noted.

After the Hammers’ 3-2 Championship victory over Leicester last October, Allardyce was left fuming by official James Linnington’s treatment of his 6ft 5in targetman John Carew.

Linnington booked the Norwegian after just 20 minutes for persistent fouling despite Carew not having made a single challenge.

Allardyce said: “I had to take John Carew off because of the referee, before he sent him off and I just can’t believe it. Why does a six-foot-five man have to foul a centre-half who is six-foot-one?

“Body strength means that John Carew is going to be stronger than the centre-half he is playing against. So when a centre-half bounces off him and falls on the floor and the referee keeps giving a free-kick it baffles me, it really does baffle me.

“I couldn’t see a single malicious challenge by John in any of the incidents but the referee [gave a foul] whenever anybody went down.”
This, of course, touches on another reason why taller players tend to win fewer fouls.

Increasingly, referees are unwilling to award free kicks and penalties unless a player goes down.

Effectively, the officials are encouraging diving.

While smaller men have perfected the art of simulation, players the size of Crouch, Fellaini and Carroll would look ridiculous and unconvincing feigning a fall.

So, while the Kop had blamed Webb’s perceived Manchester United leanings for his failure to award a penalty for Jonathan Woodgate’s foul on Carroll, it appears the referee’s bias may have been one ingrained by evolution.

That, though, doesn’t necessarily lend itself to the catchiest of chants.