“There’s no present. There’s only the immediate future and the recent past.” — George Carlin

TIME, one of life’s only evolving constants, is a funny thing, it will wither you, make you old, it was here before you were born, and it’ll be here long after you’re dead, but never same, constantly changing, this second before and the one second ahead never to be seen again.

One of the interesting things about time is how it can change the past, events marked and dates stamped in time forever and ever.

Yet time can alter perceptions of those events, what they meant, how you felt and how you feel, and how the more recent past can shape thoughts on the more distant.

I doubt there are many who appreciate this concept more than Fernando Torres, seemingly lost in a fog of regret and bad decisions.

A shadow of the player who, for a period, was arguably the most gifted and devastating striker ever to wear the Liverpool No.9 shirt.

Whilst he would never admit it publicly, it is believed that Torres is ‘deeply unhappy’ at Stamford Bridge, unable to adapt to the cold, unfeeling culture of the club that he initially hailed not long after his arrival, lacking the support network that saw him thrive at Anfield.

There is a tale which illustrates, more than anything, his apparent struggle at Chelsea and the distance and isolation that is strangling a player who was once coveted by every side in Europe.

It is one of the Chelsea team at a luggage carousel after a flight from a European game, and the squad being split into three groups, the English lads around Terry and Lampard, a group made up of the rest of the squad around Drogba, and then Torres, with his baggage, waiting for his luggage, alone.

Torres was, of course, sold for the not insignificant sum of £50m to Chelsea at the close of the January transfer window, amid accusations, claim and counter claim from both sides over the move and who drove the sale and the reasons behind it.

It’s easy to forget the bitterness and fallout amongst the fans in the immediate aftermath of the move, which at the time felt like a dagger being plunged into the back of every Liverpool fan by a player that we’d taken in and made into an icon.

We felt insulted, lied to, embarrassed, fooled, but more than anything, angry.

Angry that Torres, after sticking around through the fallout of Hicks and Gillet, decided, is his apparent haste to join a club that would ‘win trophies’ (That worked out well), to jump ship, to not give Kenny Dalglish, a man he could have sat amongst at the table of greatest Liverpool players, a chance to reshape the club under new ownership.

Who would have guessed that 10 months on, it is Torres, not Liverpool, who appears to be racked with regret.

Still struggling to find a path, like the wife who thought the bloke with the nice car down the street could give her a better life, only to find that her name missing from the invites to the big parties,left alone and outside, benched on the expensive passenger seat of the shiny Range Rover of Andre Villas Boas and resigned to the School run of League Cup football.

Meanwhile Liverpool moved on and found a found a new star, a brilliant, dedicated and driven brunette with cannibalistic tendencies, who, through no fault of his own, has reduced Torres to almost to nothing more than a footnote in the annals of Liverpool’s history.

It was telling that in the #TAW podcasts that bookended the our two visits to Stamford Bridge, the name Fernando Torres was mentioned but fleetingly.

Although not deliberate, on reflection, is possibly the most honest, if damning, evaluation of the 27-year-old’s time in SW6.

It is a measure of how far Torres’ star has fallen that the player who scored the winning goal in the 2008 European Championships for Spain, their first major trophy in 34 years, is now resigned to the fringes of the national side.

As I said, time, a funny thing, and it’s easy to forget just how good ‘our’ Torres was, some of the goals he scored, how there wasn’t a team in Europe not petrified of our Iberian Prancer.

Would we currently have the same mindset if Suarez not massively exceeded expectations whilst Torres floundered so dramatically, drowning under a sea of self doubt and a playing style completely unsuited to his strengths?

It’s also worth remembering that the person who ultimately replaced him, wasn’t actually the player we signed to do that job, Suarez, it was said, was signed to augment Torres, not to oust him.

So what if we had the chance to rescue El Niño Perdido?

Dalglish has already shown in the past that he’s not averse to rescuing a former player struggling at another club, but it’s a question shrouded in if’s.

It’s easy to forget the mutual respect once shared between Torres and Dalglish, most famously displayed in the TV show with Gerry Armstrong and in a photoshoot for The Times.

And with the one player in the league who made Torres shine returning to fitness, is the relationship between Liverpool, Dalglish and Torres so broken that a reunion would be out of the question?

If Chelsea were willing to cut their losses and sell for £20m, if there was a willing compromise on the behalf of the player to get a deal thrashed out, would it be too much to expect us to forgive, to understand, to start again?

And IF Chelsea were willing to deal at around £20m, lets do some leap of faith, ham-fisted accounting acrobatics.

Take into account we Torres sold for £50m, and bought Carroll for £35m, you could, if you wanted to, work that out as essentially us sending El Nino on loan for a year, paying no wages and signing Andy Carroll for the princely sum of £5m.

So, given this twisted logic, would it be possible to both parties to remember their long term past, forget the short term past and think about the the future just how devastating combining El Nino with El Pistolero could be?

Just think about that for a second and embrace a spirit of forgiveness and reconciliation.

After all, it is nearly Christmas. 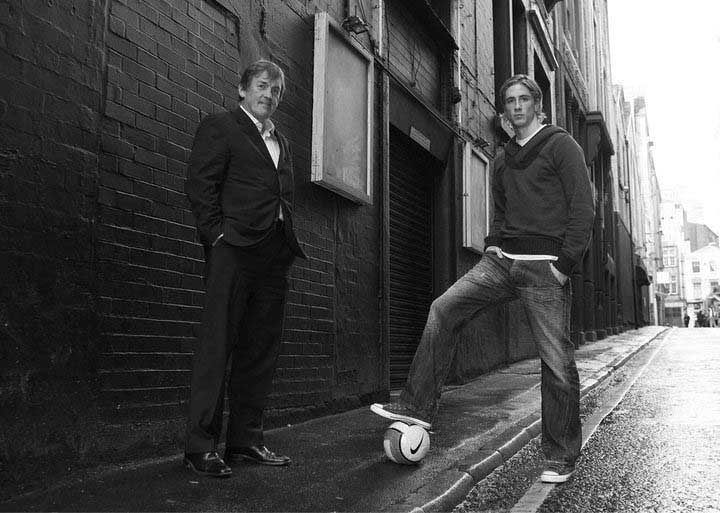 The King and The Kid