Great Scot! Our ‘LFC Greatests’ theme which randomly dips into our unique club history has rolled the dice on the finest Scottish footballers to grace our club. You tend to forget how many there’ve been; the Liverbird and the flower of Scotland have become intrinsically entwined for over a century and here’s our top five… don’t forget to have your say.

Ask older fans and Souness was the Gerrard of his era – a combative midfielder who chipped in with numerous goals from midfield, driving the team on. Three European Cups, five Leagues, four League Cups, and arguably the most important member of that team. Didn’t matter when or where, he always stood up to any intimidation, and gave it back 10 times as hard. But our younger element associate Souness with the poor Liverpool side of the early 90s, his dealings with that rag, or simply know him more as a ‘pundit’. And he clearly didn’t like Rafa. Always remember 7,000 travelling reds giving him a fair bit of stick at Ewood Park when he was in charge at Blackburn, think that must have been an eye-opener for him. If it weren’t for transgressions after his playing days, Souness would undoubtedly be higher placed in our great Scots list as he truly was a world class midfielder for Liverpool in a hugely dominant era. 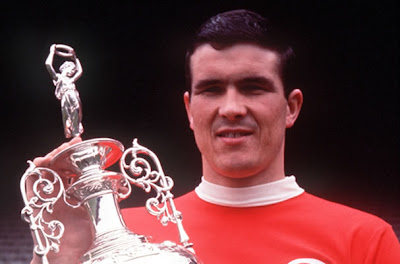 An incredible servant at our great club, Yeats captained the great early Shankly side and went on to work alongside Kenny, Souness, Evans, Ged and Rafa as a scout until 2006. Of course, it’s as a man-mountain of a player that Ron made his mark, living up to Shanks’ early hype where he described his new signing as the final piece of his jigsaw. Having invited a group of newspaper reporters into the changing room, Shanks ordered the hacks to cast their eyes over his latest acquisition: “I’ve just signed a colossus. Come in and walk round him.” After 454 games and countless honours, it was clear Shanks had it right once again.

“We were kicking shit out of each other. I was having a great game because I was the biggest and the strongest. This was my first game as a professional and I am thinking to myself, ‘I love this game. It’s superb.” – Ron Yeats on his professional debut for Dundee United.

Just a naturally gifted human being who made football look easy – and volleyball, squash and golf too. And punditry depending on who you speak to, of course. ‘Jocky’ amassed 620 appearances for our club over 14 years picking up three European Cups, eight League titles, four League Cups, two FA Cups and countless other trophies in a legendary period. He was the foundation of so much success, always finding time on the ball, a sign of a great player, reading the game to intercept the ball and spring attacks from the back. Off the pitch, our club and city is in his heart – he was criticised by some for comments towards Rafa in the dire year that was 2010 but it was passionate and you could see the club’s (mis)fortunes were hurting him, and who can forget his conduct in the Hillsborough aftermath, attending 12 funerals and visiting numerous injured fans in hospital – a loyal Anfield hero and a truly great Scot.
“Alan Hansen is the defender with the pedigree of an international striker. He is quite simply the most skilful centre-half I have ever seen in the British game. He is a joy to watch. Alan has always been an excellent footballer, a beautifully balanced player who carries the ball with control and grace.” – Bob Paisley.

Fathers and grandfathers have long spread the Billy Liddell gospel with a glint in their eye that speaks volumes; the man was a genius who graced Liverpool FC for the entirity of his playing career. Even without first-hand testimonies, the stats speak for themselves. Over 500 games for the club averaging almost a goal every other game from the wing – a reason we became known at the time as Liddellpool. Would have another 200 games under his belt if it weren’t for six years lost to World War II where he was a navigator in bomber command – a position which had high casualty rates. He came through that and stuck with Liverpool through thick and thin, reputably dragging us through the mire and single-handedly winning games, in a more regular fashion than Stevie.

Where do you start? A man simply synonymous with Liverpool, world football, and respect. A legend, an icon, a king. Having grown up with the privilege of watching Kenny throughout his Liverpool career, seeing him score goals no other player could score and do things no other player could do, provides memories that will always last. From the tiniest things to the greatest moments… the grey and red Kenny jacket, the simple Dalglish chant, the direct passes to Rush, that goal at Stamford Bridge, that smile, the dressing room photo of him, Evans and Moran… that goal against Brugges to win the European Cup again, and creating possibly our greatest attacking side in the late 80s… we all have so much to thank our greatest Scot for. And not just the best from north of the border, but our greatest player, a legendary manager and an even greater man, who carried this club with his bare hands after Hillsborough. He is everything that Liverpool FC epitomises.