FIRST of all, a bit of relevant background. I was 16 days short of my fourth birthday on the 15th of April 1989. I live near the town of Stafford, where I was born to a Welsh father who prefers rugby and has no allegiance to any football club, and an Anglo-German mother who is a lapsed Stoke City fan.

I was a late comer to football. As I’ve long shared the Scouse indifference towards the national side, the admission that it took the jingoistic fervour of England’s 1998 World Cup campaign to make a football fan of me is slightly embarrassing. The fact that an 18 year-old Michael Owen’s emergence as a national hero had a part in determining my club allegiance (along with a Liverpool supporting best mate and a soft spot for the Scouse dialect and wit gained through family friends in West Derby) is a bit of a cringer all these years later as well.

Anyway, there you go. I’m a Red, but I have no real ties to the city, and even if I did I’d have been too young to have any meaningful recollection of Hillsborough.

Consequently, my anger at ESPN’s rumoured decision to employ Steven Cohen probably pales in comparison with that of those affected in any way by the disaster or old enough to recall it. But every matchgoing Red has got a selfish reason to be disgusted at the thought of one of the most outspoken peddlers of mistruths about Hillsborough being granted a platform by one of the biggest sports broadcasting networks in the world.

Imagine for a minute, however unpalatable a thought it may be, that there’s a crowd control issue at a Liverpool fixture at some point in the future. Let’s assume that once again, the blame lies principally with the policing and/or the stadium conditions rather than the supporters.

Because of the lies told in the aftermath of Hillsborough, I would be one of the thousands immediately assumed by many to be the principal cause of the trouble simply by virtue of having been there. We’d be widely suspected of being a load of misbehaving, ticketless drunks. Who wouldn’t bristle at the thought of that kind of ignorant condemnation? I know I do.

We all know that the residue of the wilful mistruths about ticketless fans steaming gates, pissing on police officers and pickpocketing the dead is stubborn enough to ensure that many peoples’ response in the event of any incident at a Liverpool match in the future would be to assume that we were the ones to blame. Social networking sites and message boards would be clogged with misinformed tosh to the effect of “it’s the Scousers, it’s not like they haven’t got form for this sort of thing, look at Hillsborough.” Mud sticks. Being subjected to taunts of “The Sun was right” and “you killed our own fans” at certain away games is enough to remind anyone of that.

All of which goes back to the lies told by people with power, responsibility and a trusting audience in the wake of the disaster. Some lied in a desperate bid to keep attention away from a trail leading to their own culpability (David Duckenfield et al, that’s you). Others were simply influential people with an axe to grind. People like Kelvin MacKenzie. People like former Tory MP for Sheffield Hallam Irvine Patnick.

It emerged last Friday that ESPN would be employing Cohen, a Chelsea supporter and former host of the popular US radio shows World Soccer Daily and Fox Football Fone-In, as a football pundit. Between 2006 and 2009, Cohen claimed on several occasions that fans were to blame at Hillsborough on World Soccer Daily. That he also boasted about having chanted “murderers” at Liverpool fans in reference to the Heysel disaster and bizarrely described the Hillsborough Justice Campaign group as “corrupt” is evidence enough that he’s an antagonist with an intense dislike of our club.

Cohen’s most infamous and inflammatory comments came on the 13th of April 2009, two days before the 20th anniversary of the disaster, when he insisted that the 96 who lost their lives did so only because “six to eight thousand” ticketless Liverpool fans were “hell bent” on forcing their way into the Leppings Lane end. Since this claim of six to eight thousand fans without tickets has not been made by anyone else before or since, and as Cohen made no effort to substantiate it (never his strong suit), it was presumably plucked from the ether.

In the same broadcast, Cohen also claimed that the Hillsborough stadium had played host to matches “without incident” prior to the disaster. This comment was a remarkable display of ignorance from a man with the confidence to speak so unequivocally on the subject, as 38 Spurs fans had been injured at the Leppings Lane end on the day of Tottenham’s FA Cup semi-final against Wolves in 1981. The circumstances that day were disconcertingly similar to those which resulted in tragedy eight years later, the only significant difference being the absence of steel fenced pens on the terrace in 1981. Presumably Cohen was also unaware that the stadium’s safety certificate had not been renewed since 1979.

Predictably, Liverpool fans were outraged. The club issued a condemnation of Cohen’s lies, and the New York City Liverpool Supporters Club began a campaign warning the sponsors of World Soccer Daily of their intention to boycott their products and services. Cohen was even rebuked in a statement issued by the club he supports, with Chelsea at pains to stress that “giving Mr. Cohen oxygen is the last thing we would do.”

World Soccer Daily ended on the 21st of August 2009 after a number of sponsors, including Four Four Two magazine withdrew their support for the show. Cohen was adamant that the campaign against him had also cost him his job hosting the Fox Football Fone-In, and admitted during the show that the “very well organised” campaign led by the New York Supporters Club had fulfilled its objective.

Cohen’s persistent antagonism and disregard for the truth (notably the findings of the Interim Taylor Report) demonstrate his total and utter lack of integrity and credibility as a broadcaster, but the campaign prompted him to reveal an even more unpleasant side to his character. During the final World Soccer Daily broadcast, Cohen made reference to threats and anti-Semitic abuse from “the Liverpool contingent”, this despite having himself given the name and location of Antony Ananins, the founder of a Facebook group called ‘Putting Steven Cohen Straight’ on World Soccer Daily on the 28th of May and the 17th of July 2009.

If ESPN, assuming the rumours are true, were unaware of Cohen’s history, they’d be wise to reconsider the decision to hire him now, and do a bit more homework when recruiting in future. If they choose not to act, it’s time for them to start considering the possible impact of a boycott among fans of one of the best supported football clubs in the world.

Asking Cohen about the fate of World Soccer Daily would be a good start. They might also want to ask the people at News International what sales of The Sun have been like on Merseyside these past 22 years. 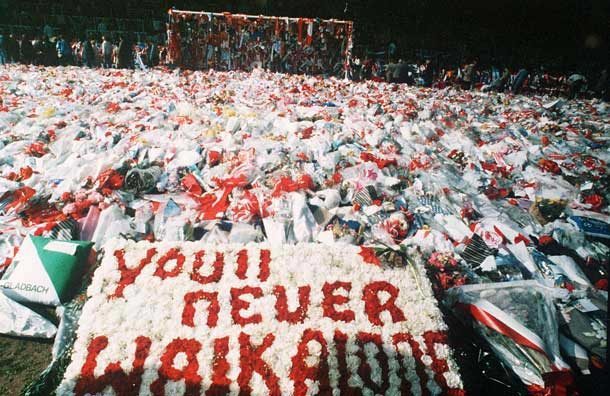