Liverpool bands: Scouse, scally and stuck in the past?

SOME people have a crystal clear memory to call upon. They can pinpoint, to the day, even the hour, when significant milestones in their life took place.

So ask me what the first record I bought was and I don’t know. The first I can remember, actual vinyl, was a 7inch by Pop Will Eat Itself – Karmadrome. Pretty ordinary. Bit weird. Not a classic. 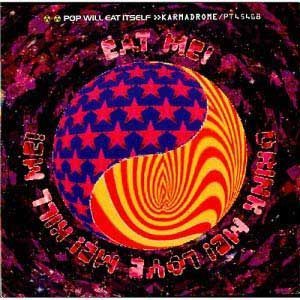 Ask me about the first band I saw live and I can tell you – for definite – it was Ride. March 1992, at the Royal Court. Now we’re talking.

But ask me the first time I fell in love with music and the truth is I don’t know. What I do know is that it’s always been flavoured with Scouse.

It was long before I first stuck to the floor of Roe Street’s finest venue. And years before a narky bint at customer services searched for the vinyl of my choice in a Huyton supermarket.

I’ll take a guess. It was probably sat cross-legged in the back room of my mum’s house in Huyton. Or up the road at my nan’s. 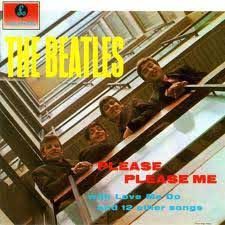 The Beatles: Please Please Me

Both houses had some pretty decent vinyl about, a lot of which is now firmly entrenched among my own collection. The Stones, The Kinks, a bit of Lou Reed and, of course, The Beatles.

I’m not going to claim it was all cool though. For every Beatles For Sale, Please Please Me and Revolver, there was a Shakin’ Stevens, a Showaddywaddy or a Bob Seger and the Silver Bullet Band.

And back then, while I was busy perfecting my Beatles impression, I was also quite partial to spinning a bit of Quo or Duane Eddy…

Then there were the absolute random ‘gems’. Every heard Moldy Old Dough by Lieutenant Pigeon? Hearing is believing. I’ll put that one down to the purple hearts, ma…

But back to the good stuff.

John, Paul, George and Ringo kept me going for years. Throw in the tales of The Cavern – and of running away to go and see The Kinks (go ma!) at a gig down south – and I was bitten by the music gig.

That said, it was secondary school before I really formed my own taste, started buying records (and tapes), got a Walkman – complete with them shitty foam headphones – a ghetto blaster (with double tape deck!) and religiously bought the NME.

I was still prone to errors, though. Big ones. Early Genesis is acceptable and I still dip my toe in now and again, but Phil-Fucking-Collins? For the record, that’s been well and truly binned.

Pink Floyd (of course) remains, alongside The Who, Zeppelin (lots of) and The Stones.

Then there’s the aforementioned Ride, Blur, The Stone Roses, Happy Mondays, James and The Charlatans, among many, many others.

But from the moment I’d found Probe, The Picket, The Lomax, Mountford Hall, Stanley Theatre and The Royal Court, it was all about Liverpool. I always have loved, still do and always will love, Scouse bands. 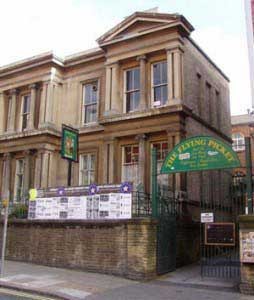 So, in no particular order (and with a couple thrown in from the Wirral)…

Some play on, some have hung up their plectrums, but all live on.

On my record shelf…

So why, why so many Liverpool bands?

Well, I’ve been accused of living in the past, or being part of some insular Liverpool clique (that from a Widnesian Manchester United fan, by the way).

And if it’s about genre, well OK, (almost) guilty as charged. But I love The Prodigy. Orbital at Glastonbury is one of the best live shows I’ve ever seen and in my uni days I was fond of a bit of Aphex Twin.

So I’m not averse to the bleepy shit. I haven’t closed my mind.

No, for me, it’s simple. The bands listed above are GOOD. Brilliant in many cases. And the fact they are from Liverpool is just a huge added bonus.

You can keep your U2 in stadiums (and yes, I’ve tried it), give me The Stairs and Space in The Irish Centre any day of the week. 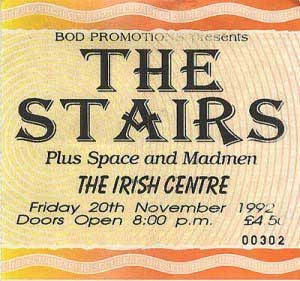 I’ve never understood the sneering that goes on in music. Statements like, “they sound like any other Liverpool band”.

And if sounding like a Liverpool band is a crime, can someone tell Oasis?

Then there’s the image thing. I remember once reading a review of The Real People in the NME.

Now if it’s not a band you’re familiar with, The Realies had a few hits in the 90s and continued to plug away for many many years, producing, to these ears, some brilliant songs. 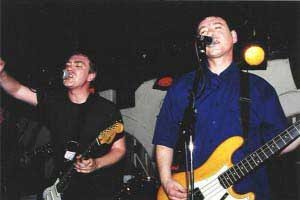 They gave Oasis a big leg up in the early days (even singing – and writing – parts of their songs). The Griffiths brothers could (can) sing, play, write. Even Cher recognised their talent, covering One by One. Don’t believe me? Google it – it’s there. In black white. Writer: Anthony Griffiths. Good ‘ey?

All that considered, you’d think the least the NME could do is listen to them. But instead, some snotty prick decided to throw digs about how they looked, penning some shite about them looking like “nightclub bouncers”.

Relevant? Ian Brown looks a monkey, didn’t do the Roses any harm, did it?

Down the years, I’ve felt some of the bands from the city haven’t been given a fair crack of the whip, too quickly pigeon-holed as ‘just another Liverpool band’.

Like so much in life, it seems when it comes to music, people are scared to have their own opinion.

Why stick your neck out and say you like something when it’s easier to say it’s “backwards looking”, “scally” or, wait for it, “wannabe Beatles”?

It’s just great music from a great city for music.

And that’s why I’ll unashamedly continue to buy it, watch it and waffle about it.

The Tambourines – She Blows My Mind

Cracatilla – What Do I Know?